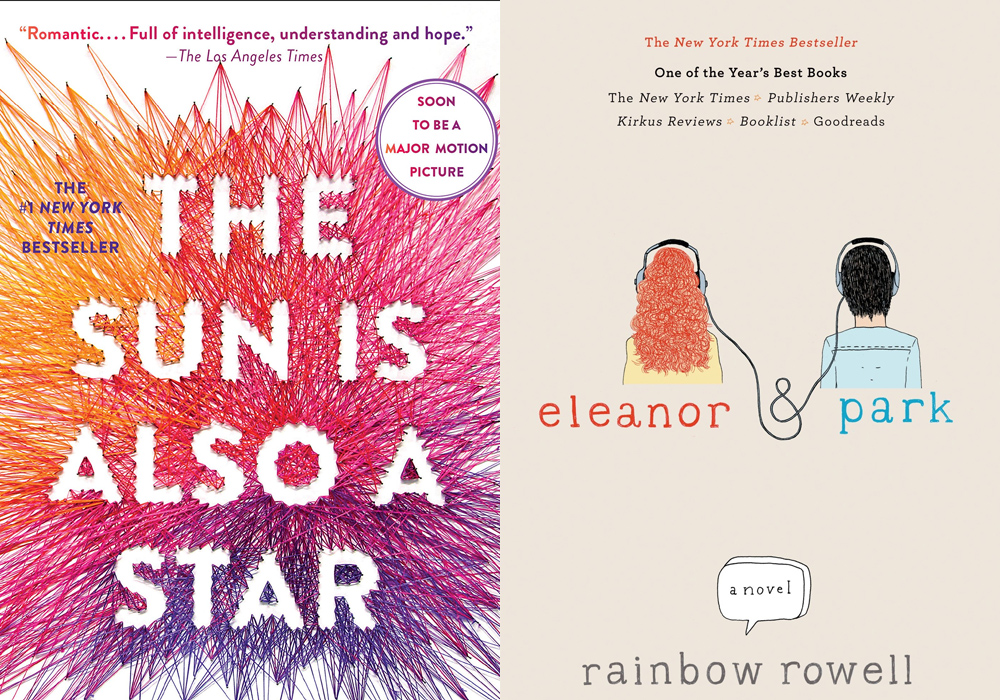 As kids get older and enter adolescence, Valentine’s Day is less about the characters on the cards exchanged at the class party and more about romantic interest in classmates. But tweens and teens aren’t always eager to discuss their blossoming romantic feelings with their parents. To help bridge the gap, consider reading a YA novel or two that deals with romance and using it as a vehicle for conversation with your older kid.

“Reading and discussing fiction together provides a safe way for kids to talk about relationships—by talking about the characters rather than about themselves and their friends. In discussing developments in the book, real-life examples will naturally come to mind and maybe to teens’ mouths,” says Regan McMahon, Book Editor at Common Sense Media, an independent nonprofit organization that aims to help parents using media as a positive force in their kids’ lives. The site has topics from the book that you can discuss with your kids

In addition to being a way to broach tough topics with kids, reading books is also a great way to build empathy. McMahon shared some suggestions of recent best-selling YA books about romance that appeal to both adolescents and their parents and that provide plenty of conversation starters.

“The Sun Is Also a Star” by Nicola Yoon

My daughter devoured this book and McMahon wasn’t surprised by that. She calls this book a “beautiful and philosophical love story that is deeply moving.” She’s not the only one to have high praise for this beautifully written novel about two teens who meet on the New York City subway and spend 12 hours together. It was a National Book Award Finalist and won many awards. Find the full Common Sense Media review here. The movie based on this book is scheduled for release in May.

This novel about first love set in the 1980s about two outsiders who meet on the bus and first form a friendship based on shared appreciation of comics and music is an intense but fabulous pick that’s best for mature teens, according to McMahon. She says, “It can open up discussion of how it feels to be an outsider and the challenges of being ‘different’ as he’s half-Korean, she’s a crazy-dressing redhead from a poor, broken family.” Find the full Common Sense Media review here.

“Simon vs. the Homo Sapiens Agenda” by Becky Albertalli

“The story is about having the courage to be who you are and take a chance on love. That’s a challenge that any teen, gay or straight, can relate to,” says McMahon of this book about a gay teen that begins with him being blackmailed over a romantic email he sent to another boy who, like him, is in the closet. The popular 2018 movie Love, Simon is based on the book. If reading them together isn’t feasible, check out the movies based on the books, or do both and compare them. Find the Common Sense Media review of the book here.

“The Fault in Our Stars” by John Green

McMahon recommends this heartbreaking romance because it “provokes the question of what you would do if you were in the situation these two teens face, with him in remission and her seriously ill. If you know someone is dying, is it worth it to fall in love, knowing how terrible the loss will be?” With questions about life, death and family as well as romance, McMahon says that this book “makes for compelling reading and discussing.” Shailene Woodley and Ansel Elgort star in the movie version. Find the full Common Sense Media review here.

Looking for a fun evening out with the family? Get a drink at one of these places.
Read more
School Issues