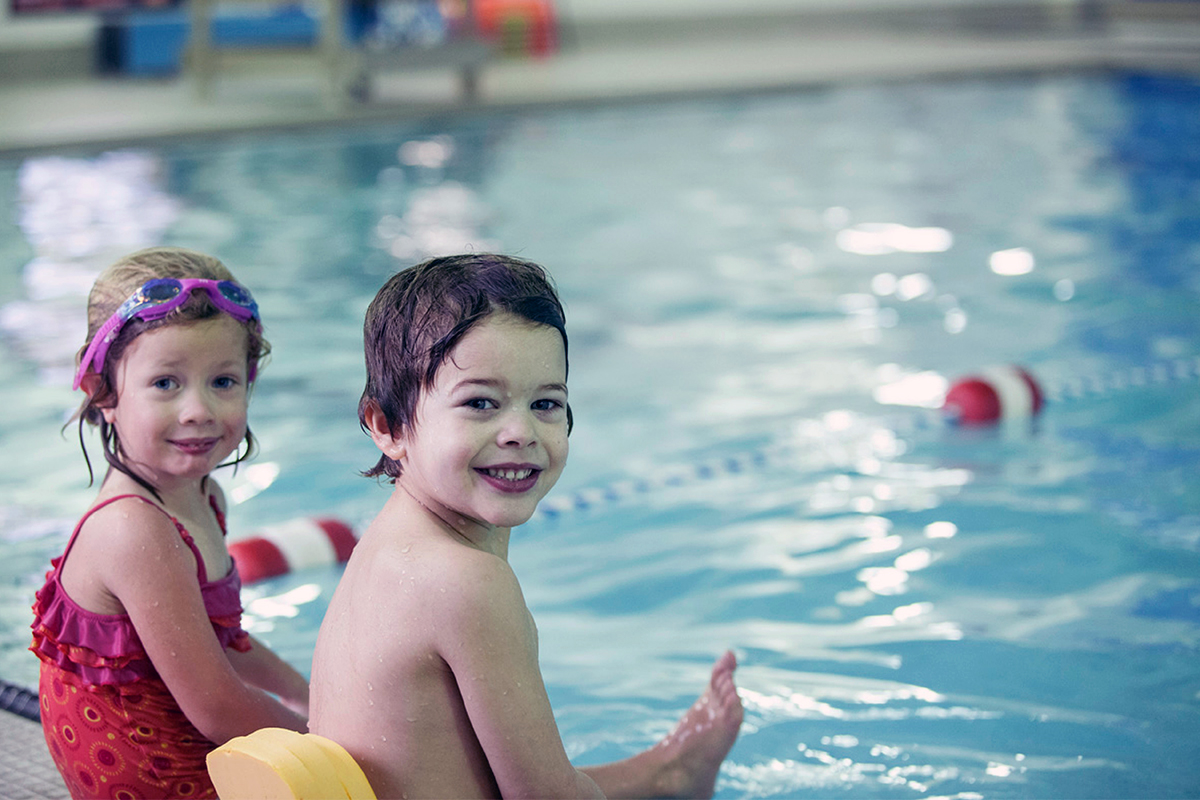 Summer is quickly approaching, which means water fun is right around the corner. And while splashing on the beach or swimming laps in the pool are great ways to cool down and to exercise, the water can be dangerous, especially for young children.

Kamman offers these tips to help keep you and your kids safe around the water during summer months:

Kamman says 88 percent of kids who drown are under adult supervision, and 60 percent drown within 10 feet of safety. “Adult supervision means actively paying attention and engaging with the children,” he says. “Put down the cellphone and ignore everything else to pay attention.”

“In the movies, people who are drowning are splashing and yelling for help,” he says. “But most of the time, drowning happens at the surface of the water or just below. An adult could be feet away and not know the child is drowning.”

If you have a home pool, it’s important your children and their friends know the pool rules, he says. “Children should know they can’t get into the water without permission and without an adult outside, and they should know not to horseplay or roughhouse in the water, and they should never dive in head first unless the water is at least 9 feet deep and in a designated diving area.”

The pool should have a fence or gate around it. There are also alarm systems that sound if anything enters the water while the alarm is on, he says.

If your child has a near-drowning event and needs to be pulled from the water, secondary drowning, also known as dry drowning, can still be a threat. “Up to 24 hours after a child has had a near drowning event, part of the throat can spasm and stay shut, so you can suffocate even when you leave the pool,” he says. “If you’re concerned by something that’s happened in the water, go seek medical attention. Your child might need to be observed for 24 hours after the fact.”

Be vigilant during pool parties

Everyone loves a summer pool party, but when large groups of children get together, disaster can strike – especially if some in the group are non-swimmers. Kamman says pool owners should insist non-swimmers wear Coast Guard-approved floatation devices. Devices known as puddle-jumpers, which go around the arms and the body, can be purchased at any big-box store for about $20, he says. Pool parties should also have adults dedicated to watching the pool, and not distracted by friends or their phones. He also recommended a low ratio of swimmers to watchful adults. “At the Y, we follow the ratio of one lifeguard to 25 kids,” he says. “But that should fluctuate based on the situation, and that ratio should be less if there are less experienced swimmers in the water.”

Kamman says statistics show that formal swimming lessons can reduce the risk of drowning by more than 88 percent, and the more swimming lessons you have, the better. If you feel like you can’t afford lessons, remember group lessons are less expensive than one-on-one lessons. And the YMCA can offer financial assistance to those who might not be able to afford them otherwise. “There’s no way to completely eliminate the risk of drowning, but lessons help,” he says. “Even Michael Phelps, the great Olympic swimmer, isn’t drown-proof.”

A Chicago mom of five shares her favorite parenting mantra.
Read more
You

If you want to join the fight to help end gun violence, start with these organizations.
Read more
Sponsored Content

Brought to you by Legoland Discovery Center
Read more
You

How a mom of two tuned into her needs and is now laughing throughout Chicagoland with Bad Momz of Comedy.
Read more