“Whales” makes a splash at Field Museum in Chicago 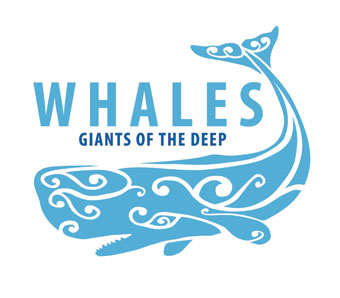 It’s hard for land-locked Chicagoans to truly grasp the enormous size of the whales that roam the oceans. That’s why Field Museum staffers ordered a life-size inflatable whale, similar to the giant balloons in parades, to hang overhead at the entrance to the new “Whales: Giants of the Deep” exhibit opening May 20.

“It’ll give visitors a sense of how huge they are,” says Tom Skwerski, project manager for the exhibition, who notes that the tongue of a blue whale weighs as much as an elephant.

The Whales exhibit comes to Field from the Museum of New Zealand Te Papa Tongarewa and includes two sperm whale skeletons that are 32 and 58 feet long. Kids can also see just how massive whales are when they climb through the life-size model of a blue whale’s heart.

The exhibit is filled with interactive elements, including a sound chamber to learn about the sounds whales make, a create-your-own dolphin interactive and an animation where visitors can dive with a sperm whale as it hunts for giant squid using echo-location.

“This is probably one of the most interactive exhibits we’ve had,” Skwerski says.

A cultural thread runs through the entire exhibit. “I think it’s a combination of natural history and the cultural angle, which is very appealing for us.”

Skwerski recommends the exhibit for families with children 7 and older. While most of the exhibit will appeal to younger children as well, the graphics on whale-stranding and the whale’s subsequent demise may be too strong for some children, Skwerski says.