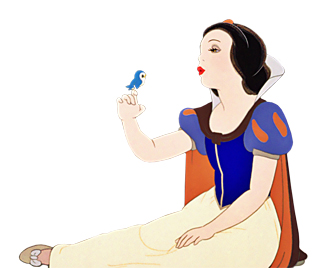 Is there anyone who doesn’t love Mickey Mouse? Sure, you might have a fondness for Goofy or Dopey or the myriad princesses, but when it comes down to it, Mickey and his squeaky-voiced charm can’t help but win you over. And in the 85 years since his debut in Steamboat Willie, the good-hearted rodent hasn’t really changed-something we can credit to his creator, Walt Disney.

Museum of Science and Industry

Now you can get the full story behind Mickey-and Snow White and Mary Poppins and Ariel-at the Museum of Science and Industry’s new exhibit, The Treasures of the Walt Disney Archives. The exhibit goes back to Walt’s birth in Chicago, but mostly focuses on the 90 years since the Walt Disney Company’s founding and the many innovations Walt was responsible for in animation, live-action television, theme parks and more.

The exhibit starts a little slow, especially for kids who might not be interested in Walt’s earliest years. But once it gets into the actual treasures-clay models from Pinocchio, a storybook from Sleeping Beauty, a replica submarine from 20,000 Leagues Under the Sea-they’ll be intrigued. Kids can listen to music from Disney classics and see costumes from recent hits like Enchanted and Pirates of the Caribbean. Plus, there are clips from early Disney shorts.

Even if you haven’t made the pilgrimage to Disneyland or the Magic Kingdom, it’s pretty fascinating to see how Walt’s vision for a so-called theme park has become a reality. Kids are sure to love the Lego replica of Cinderella’s castle, as well as the fun, harder-than-it-looks Disney trivia that surrounds it. Little ones can build their own fantasy castles, thanks to a magnetic wall nearby. Plus, send a virtual postcard at a kiosk directly next to the original Disneyland mailbox, where visitors sent out more than 300 million actual postcards back in the day.

If the kids start to get a little fidgety, skip to the end, where you’ll find the exhibit’s true highlight: the Animation Academy. Disney-trained animators walk step-by-step through how to draw a favorite Disney character, while the audience follows along on individual sketch boards. I’ve never been accused of being an artist, so imagine my surprise when I produced a passable, albeit slightly cross-eyed, version of Mickey. Even little ones will want to give it a try, so be sure to allow enough time for the magic of Walt Disney to come to life.

After all, who doesn’t love Mickey Mouse?

Pick your way through these awesome spots worth the drive from Chicagoland.
Read more
At-Home Learning