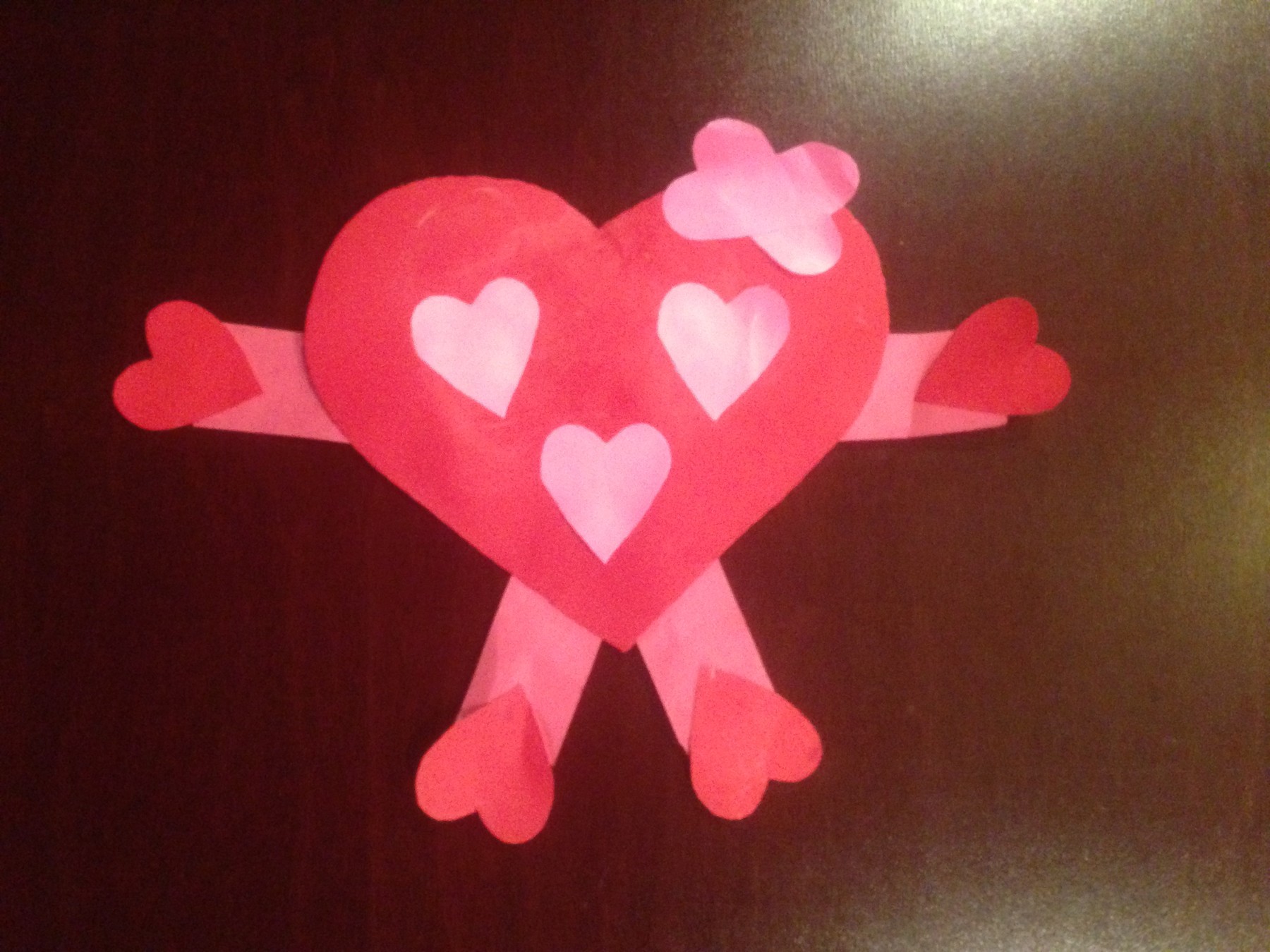 This week’s blog post is by WDP co-host Matt Rocco, who lives in the Edgewater Glen neighborhood of Chicago with Professor Foster (his non-white, non-dad wife), and their daughter Viva, who thinks Valentine’s season is mostly about eating as many cupcakes as you can in 28 days.

When you’re expecting your first child, every know-it-all parent you encounter tells you, “Everything is going to change.” They’re wrong, of course, much of your life stays the same: the existential dread, the crushing ennui, the long dark night of the soul – all that’s still there. One of the big things that does change, however, is the way you spend holidays.

Here’s a rundown of how you spend holidays before kids:

St. Patrick’s Day – Drive-thru Shamrock Shakes (which aren’t as good as you remember them)

Fourth of July – Frightening explosions in the sky after bedtime

Halloween – Cold, wet Trick or Treating, Snoopy special (which isn’t as good as you remember it)

As you can see, it’s the doin’ it that’s the first thing to go. This is most apparent on that doin’ it-est of holidays: St. Valentine’s Day. I don’t know what St. Valentine was the patron saint of, but I always assumed it involved panties. Think back to your many sexy Valentine’s nights – the red silk, the 9 ½ Weeks routines with chocolates and strawberries, the mornings after mottled with candle wax burns and bite marks. Better yet, don’t think back to it – you’re only going to get that kind of break-the-bed-sex once a year or so in hotel rooms now, and even then only if there isn’t a free buffet in the restaurant.

Throw out the pasties, and the marabou handcuffs, and the flavored whatever. Dump the oils. Delete the Prince playlist. It’s time to head over to the seasonal aisle at Target and fill your cart with candy hearts, red-foiled kisses, and boxes of 50 mini-valentines featuring Disney’s Princess Sophia the First saying, “I Royally Like You.” This is how it works on your big February holiday now. (It’s still a bigger day than Washington’s birthday, which is mostly just a day the mail doesn’t come.)

Don’t weep too hard for the lost romance. You’ll still be buying your spouse some overpriced flowers, maybe sneaking out for a dinner if you can find a sitter. (Probably on the 15th or 16th. Or maybe next weekend. Or in March. Let’s just be safe and aim for March.)

As for the more carnal facet of the holiday – sex is fun and all, but anyone can have sex. (And they do – they’re having it right now while you cut grilled cheese into heart shapes for school lunches.) In the words of Cole Porter, “Birds do it, bees do it, even educated fleas do it.” But can fleas (even the sex-crazed, educated variety) put the baby to bed, blow the dust off of a DVD copy of Don Juan DeMarco, and fall asleep on the couch as a couple to the tune of a Bryan Adams song? No! Fleas are too small to work the DVD player, and their brains are too tiny to appreciate Bryan Adams. You’re getting a little fat for all that fornicating anyhow. These days you break a sweat just taking off your socks, and you run the risk of having a heart attack and smothering your wife to death under your bloated corpse – on Valentine’s Day! That’s not romantic in the least, and it’ll certainly spoil the holiday for her even after she gets remarried to your sister-in-law’s douchey friend from work.

Valentine’s Day hasn’t gone away for you – it’s evolved. It’s cute to help your kids cut and paste with construction paper. Who doesn’t like cookies with pink frosting? You might not enjoy licking the 50 envelopes those Sophia valentines have to be put into, but at least your tongue will get some kind of workout, and the glue could start a little party in your brain! (If you experience blurred vision or shortness of breath while licking valentines, dial 911.)

So, embrace it! Embrace the pink Nestle Quick, don the crimson pullover, and do the Cupid Shuffle. (Down, down, do yo’ dance.) Your kid deserves a fun February, and those envelopes wont lick themselves. The sooner you get finished, the sooner you can start dying eggs.

You can also listen at whitedadproblems.com. (Do note that the show has a potty mouth and is definitely for Over 17 Only.) Follow the Dads on Facebook and on Twitter: @whitedadprobs.

Childhood depression does occur. When parents and children are supported with relationship-based therapy, everyone benefits. Learn more.
Read more
Advice