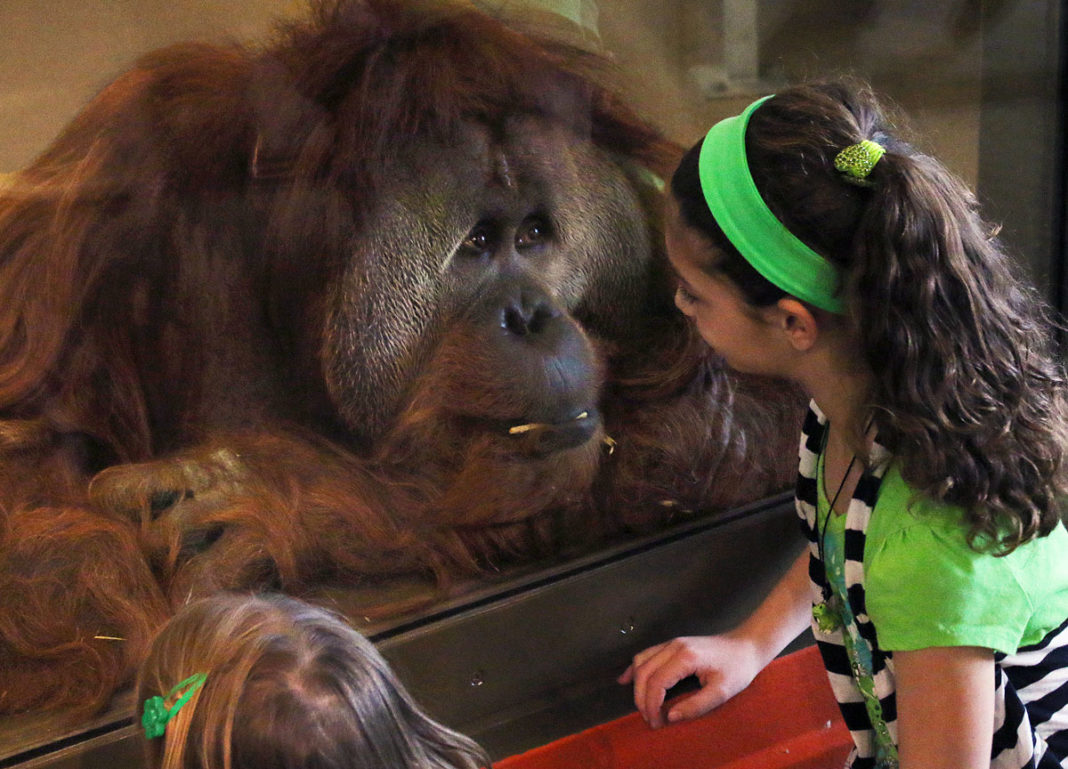 It wasn’t all that long ago that Indianapolis was less-than-affectionately known as “India-no-place” or Nap Town. Both were apt monikers for Indiana’s sleepy capital city.

But the city sleeps no more. Indianapolis has undergone a stunning renaissance. The centerpiece of its downtown is the idyllic White River State Park, home to summer concerts, a canal, three museums, an IMAX theater, the charming Indianapolis Zoo and a minor league baseball stadium.

The renaissance has been so strong that Indianapolis ranked No. 34 on the New York Times’ list of 52 places to see in 2014. The paper’s praise centered on Indy’s development of the eight-mile bike-friendly Indy Cultural Trail.

There are two even better reasons you should plan a trek to central Indiana this summer: The Terra Cotta Warriors at the Children’s Museum of Indianapolis and the International Orangutan Center at the Indianapolis Zoo.

The Children’s Museum is the only place in the U.S. where you can see China’s ancient but newly discovered Terra Cotta Warriors this year. Eight of the majestic statues are on display through Nov. 2.

It’s the second installment of the museum’s “Take Me There” series (the first was a virtual trip to Egypt and King Tut). Four years in the making, this exhibit has two main components: the warriors themselves and a hands-on section that lets kids explore Chinese culture.

The 2,200-plus-year-old warrior statues were created to guard the tomb of China’s first emperor, Qin Shi Huangdi. It is believed that the emperor ordered 8,000 of the life-sized clay soldiers, each with a unique face and hands, to be created and stationed to protect him in the afterlife. Only about 2,000 have been unearthed to date. The soldiers were buried in a remote area of China for 2,000 years before being discovered in 1974 by farmers digging a well in search of water.

The exhibit features eight of the ancient statues and 118 other relics. Archeologists believe the clay statues were originally painted in vibrant colors. But as they were exposed to air for the first time in two millennia, the paint flaked off. An educational component of the exhibit helps visitors explore the science behind the paint and learn about new technology that will be used to preserve the paint on Terra Cotta Warrior statues unearthed in the future.

When I visited, the Terra Cotta Warriors exhibit was a bigger draw for adults than kids—although there are interactive features, including a life-sized Terra Cotta Warrior model that can be taken apart and rebuilt, costumes and replicas for photo ops, and the opportunity to mold and make your own mini terra cotta soldiers.

The kids were having more fun across the hall in the “Take Me There: China” section, which will remain open after the warriors are packed up and sent home to China. That section opens with a ride onboard “Take Me There Airways.” After “landing” in China, kids can explore Chinese culture through the arts, music, language, transportation, housing, food, tea, calligraphy, ancient medicine, and cuddly giant pandas.

These apes seem too cute to be endangered. But they are. In fact, there are predictions that orangutans are in danger of becoming the first great ape species to become extinct.

The newly opened Simon Skjodt International Orangutan Center at the Indianapolis Zoo is part entertainment and part education—of visitors and apes. The center houses eight orangutans, all of them raised in captivity in zoos or with private owners. One of them, Rocky, is the “George Clooney of orangutans”—at one time, he was the most-seen orangutan in commercials, movies and other media.

The center is the size of two football fields, which gives the orangutans plenty of space to play and show off for visitors, including the overhead “Hutan Trail,” a network of cables, platforms and bridges as high as 80 feet. During my visit, Rocky was having a great time swinging from the highest heights while we snapped his picture from below. Visitors also can get a sky-high view of the Hutan Trail with a ride on the Skyline tram.

Inside the center, there’s an education space. If you get lucky, you can watch as scientists teach the apes to work on computers. It’s a relatively small space, so the training schedule isn’t posted. Instead, those who happen to be inside the center when training is in session will be invited to pull up a chair and watch.

Even if you miss one of the formal training sessions, you can still be fascinated by these creatures who are just as fascinated by the humans on the other side of the glass. They like shiny objects and spend time in industrious pursuits like making their beds, running the “Beacon of Light” spotlight and posing for selfies with their guests.

The Indianapolis Zoo is the largest privately funded zoo in the country. Admission prices vary by day of the week. Expect to pay about per person for admission that includes access to the Orangutan Center.

From special museum exhibits to our favorite hiking spots, get ready to have the best Spring Break ever with these fun activities for kids.
Read more
Advice