Experts warn of trouble in toyland 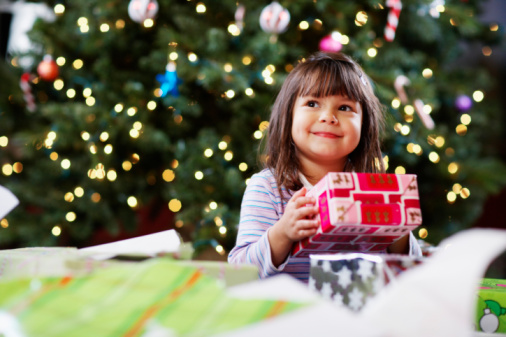 A quick glance around the glittering red and green decorations adorning your local mall will tell you: the holiday season is in full force. But if you’re thinking about taking advantage of Black Friday sales to shop for the kids in your life, you might want to do a little research before throwing all those toys in your cart.

The enactment of the Consumer Product Safety Improvement Act in 2008 made great improvements in the quality of children’s products, but there are still many toys, games and other children’s merchandise on the shelves of even the most upscale toy stores that could pose a threat to children’s health and safety.

“This table used to be bigger,” Schakowsky said, motioning in front of the podium at a table full of unsafe toys PIRG representatives found at local toy stores. “There used to be more toys here, but since 2008 we have seen many unsafe toys disappear.”

The toys on the table ranged from fairy princess wands to Ninja Turtles pencil cases, and each illustrated at least one of three major safety issues: toxic chemicals, choking hazards or excessive noise.

High lead content in toys is often dismissed as an issue of the past, but Gowda said there are still many toys that contain more than the Consumer Product Safety Commission’s 100 ppm lead limit. One such product, marketed at children ages 2 and up, was a Capt. America Soft Shield found to have a 29 times that lead standard.

Other noxious chemicals often found in children’s products include cadmium, antimony and phthalates. The Ninja Turtles Pencil Case was the table’s biggest offender, containing 660 ppm of cadmium and 150,000 ppm of a toxic phthalate, which is 150 times the legal limit. Phthalates are used to soften and increase the flexibility of plastic and vinyl, and overexposure to these chemicals can cause developmental delays and early puberty in children.

Choking remains a serious threat to a child’s well-being.

“Parents need to be aware that these are not theoretical threats,” said Powell, whose work in the Lurie emergency room has brought her face to face with all sorts of choking incidents.

Powell recommends paying attention to age limits on toys, and double-checking the durability of toys with small, moving parts. For families with both older and younger children, it is especially important to keep toys for older kids separate from the family toy box, so younger children won’t have easy access to toys they can choke on.

For parents who want to be extra careful, Gowda recommends the toilet roll test: If a toy is small enough to fit inside a toilet paper roll, it poses a choking hazard for children under 3.

Toys that make loud, consistent noises can also be an issue, and not just because they annoy adults to the point of distraction. According to the PIRG report, “nearly one-third of Americans with hearing loss can attribute it, at least in part, to noise.”

Children are especially susceptible to noise-induced hearing loss, and as it happens over time and without much pain, it can be hard to catch before it’s too late.

The Occupational Safety and Health Administration says overexposure to sounds at or above 85 decibels can cause hearing damage, and when toys are to be held close to the ear, anything over 65 decibels is dangerous. The Leap Frog Chat Count Smart Phone, a toy cell phone for babies ages 18 months and up, was found to exceed not only the 65 decibel level for close-to-ear contact, but also made noise above 85 decibels.

PIRG suggests that parents concerned about the effects of loud toys on their children’s hearing download smartphone apps to measure the decibel level of toys before buying them. According to the report, if a toy you already own seems too loud for you, “It is probably too loud for your child.”

When it comes down to it, Madigan said, people need to use common sense when buying toys for young children. Reading toy labels for age limits, checking websites like toysafetytips.org for tips on avoiding toxic or unsafe toys and going over the 2013 PIRG report are just a few things parents can do to make sure the holiday gifts given to their children this year won’t be their last.