Is the “Tiger Mom” crazy, or onto something? 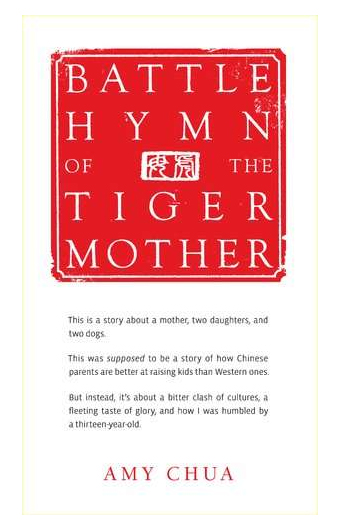 If you tune into the morning show circuit, you’ve probably heard of Amy Chua, the self-proclaimed “tiger mom” who never let her children attend a sleepover, watch TV or get a grade lower than an A.

And chances are you reacted with horror, or at least hesitance.

That might be a natural response, but one local expert urges caution in too quickly judging Chua’s parenting techniques.

What do you think? Do you have a little “tiger mother” in you? Comment below!

Dr. Alexandra Solomon, a licensed clinical psychologist at The Family Institute at Northwestern University, thinks it’s important to remember that Chua’s book, “Battle Hymn of the Tiger Mom,” is a memoir, not a parenting book.

“The topic of mothering is one in which it’s easy for us to get so divisive so quickly – ‘us’ being mothers,” she says. “There’s nothing we take more personally and more seriously than the choices we make as mothers. It’s a deeply personal thing.”

She points out that any parenting choice has risks and benefits.

Within “tiger mothering,” as it’s being called, children are expected to be the best at everything, which can cause risk-aversion, a lack of creativity and flexibility, and even a loss of intrinsic motivation – the desire to do something just for the sake of doing it.

But Solomon points out that if you can couple your high expectations with a sense of deep love, as Chua seems to, you probably will raise a high-achiever. And children who are focused on goals will be more hard-working, determined and proud of their accomplishments.

But they may never know the importance of failure, either.

“I really value my kids’ failure experiences,” Solomon says. “Resilience is defined as being able to stand up again after being knocked down. If you’ve never been knocked down, you don’t know how good it feels to stand back up.”

Such a goal-oriented philosophy may be difficult for parents whose kids have special needs. However, for Chua’s daughters, one of whom has played the piano at Carnegie Hall, that doesn’t seem to have been an issue.

“There’s our intention around parenting and then there’s the children we get,” Solomon says. “I would want the parent to be flexible enough to parent the child they’ve been given.”

Solomon points to the two teenage girls’ success as evidence that it was an appropriate system for Chua to use. And she expects that if there had been some major problem along the way, even a tiger mom would have had the sense to “course correct.”

Although there’s no tried-and-true method to raise successful kids – “I so wish I knew that,” Solomon says – it really comes down to knowing yourself, your kids and your expectations for them.

Find the best places for spooky fun for kids of all ages in the city and suburbs.
Read more
School Issues