How to survive a dual diagnosis 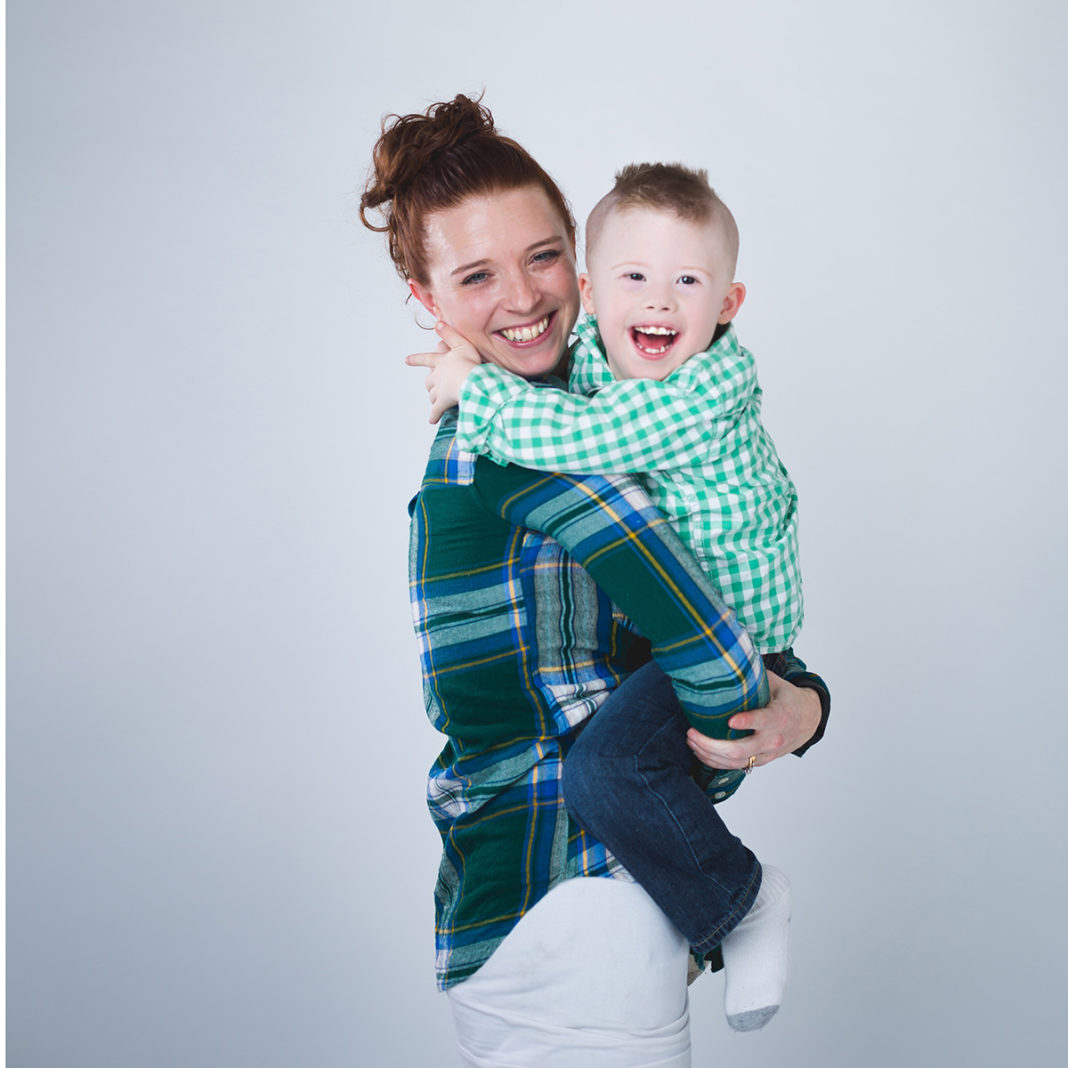 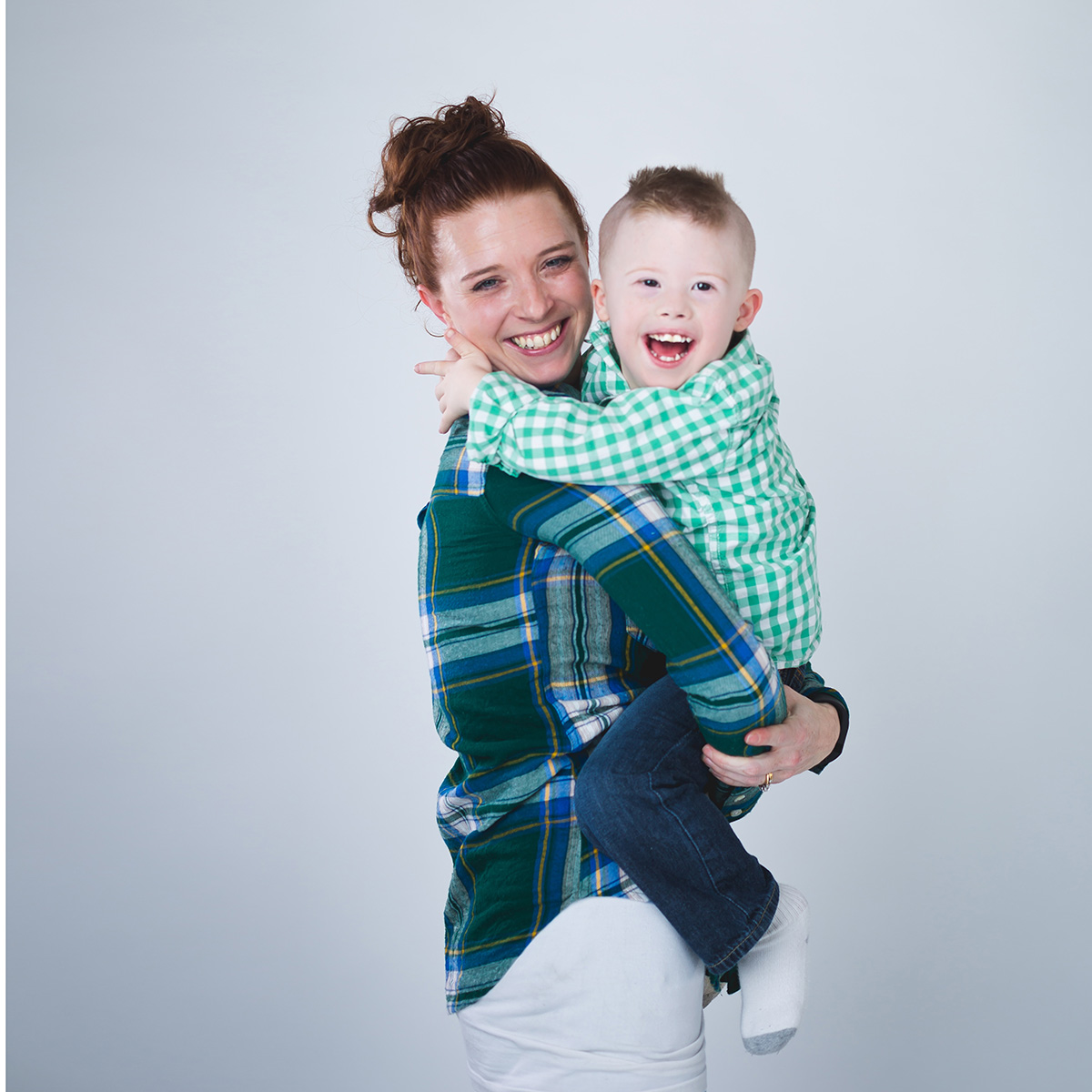 Hearing the words “dual diagnosis” can be frightening for parents of a child with special needs, especially if they are already struggling to deal with an initial diagnosis.

“It was like we were reliving our life five years ago when we received my son’s prenatal diagnosis,” says Missy Gallagher, whose son, Finn, has Down syndrome.

“As a parent, you never want your child to struggle or have a hard life,” she says. “So when you hear your child has special needs and you know they have so many challenges in their future to overcome, it breaks your heart for them.”

“Plus, the thought that he now has another label that sets him apart, from not only typical kids but even his fellow peers with Down syndrome, is just not fair,” says Gallagher, who lives in Chicago.

Not only does Finn struggle with issues related to Down syndrome, he also has obstructive sleep apnea and laryngomalacia, a congenital abnormality. So when Gallagher and her husband, Jeff, noticed a change in Finn’s behavior in early 2015, they instinctively tried to brush it off.

“We didn’t think too much of it. He was a toddler and all boy,” Gallagher says.

Finn already had difficulty communicating his wants and needs, while also recovering from major surgery for laryngomalacia. His parents made minor changes to accommodate Finn’s behavior, such as taking a break from speech therapy. However, he still demonstrated a lengthy list of sensory issues, and his mother knew something more was happening.

“I knew in my gut there was more going on, but I wasn’t sure what it was or how to help him,” she admits.

Finn didn’t adapt to life’s normal transitions, he stopped sleeping through the night, and he became increasingly aggressive and destructive with his parents and therapists.

“It got to a point where I dreaded leaving the house to take him anywhere,” Gallagher recalls.

The word “autism” began seeping into the conversation, prompted by a speech therapist who also noticed Finn’s erratic behavior. An evaluation was suggested, along with inquiries regarding applied behavior analysis, or ABA.

“I didn’t ever think Finn could possibly have another diagnosis,” Gallagher says flatly. “In my heart, I believe Finn is not autistic. But I also do not want to be that parent who is in denial.”

This is a common reaction for parents still reeling from a first diagnosis for their child. The knee-jerk barrage of “crystal ball questions” to specialists is a familiar one: Are you sure? What can be done? How will this complicate our situation? Where on the autism spectrum is my child? And should we get a third opinion for this second diagnosis?

“This process can be very difficult for parents, both emotionally and also in not knowing where to turn for help,” says Cara Long, parent liaison for Easter Seals DuPage& Fox Valley, whom Gallagher turned to first.

“I always thought that if my daughter just had Down syndrome, it would be easier,” Long says. “It was hard for me when my daughter could not be included in classes with typical children, but even harder when she was not even able to keep up with her Down syndrome peers.”

Dr. Edith J. Chernoff, a primary care pediatrician from La Rabida Children’s Hospital in Chicago, makes it a point to develop a relationship with special needs families early on. If a second, or third, diagnosis is needed, she wants parents to hear it from her.

“It allows them to hear it from someone they know, but also to prepare for their visit with the specialist. And to grieve before that visit, so they may be ready for a longer discussion,” says Chernoff, an assistant professor of pediatrics at the University of Chicago.

When she knows a difficult discussion is at hand, she carves out extra time during a family’s appointment. She also asks for other family members, friends and caregivers to be present.

“I sit, they sit, and I put away the computer and my notes,” she says.

Chernoff typically begins with an inclusive statement, such as “We have a problem,” letting the family know they’re not alone and she will not abandon them. She keeps in mind that after hearing a difficult diagnosis, many families absorb very little information. Instead, they first deal with the grief and shock.

“I end the discussion by reminding them the diagnosis has not changed their child. Instead, it has put a name to the problem,” Chernoff says.

Dr. Lawrence Vogel, a pediatrician at Shriners Hospital for Children in Chicago, says parents are far more resilient than they believe they can be. The first thing they need to understand is that they’re not alone facing these circumstances.

“I don’t see the diagnoses. I see the child, and parents sometimes need a reminder of this,” says Vogel, director of the hospital’s spinal cord injury program.

He routinely sees the dual diagnosis of traumatic brain and spinal cord injuries, in addition to related complications or disorders.

“It can feel like a triple whammy for parents,” he says.

“And this heightened awareness is bringing heightened understanding,” she says.

Parents of dual diagnosis children often feel like they don’t fit in with other support groups, such as for only autism or Down syndrome. These parents can feel isolated while also struggling to find support resources and insurance-related provisions.

Chernoff agrees, noting, “Because having more than one diagnosis may make educational and medical planning more complicated, parents should keep in mind they are the best expert on their child and they should feel confident this is true.”

This is why follow-up appointments with physicians and specialists are crucial to re-address issues that may have been missed initially, the doctors insist.

“As younger kids mature, other disorders or conditions can emerge, including hearing loss and visual impairment problems,” Bauer says.

Her most probing question to dazed or confused parents: “What are you most afraid of?”

For Gallagher, it was fear of not knowing where to turn for help.

Autism remains a possible second diagnosis for Finn, who is still being evaluated.

“This is just the beginning of our journey, and I know it’s going to take some time before we have answers,” she says. “But I’m so relieved we now have a starting point.”

Her advice to parents in similar situations is to keep in mind they’re not alone, though it often feels this way.

“Do not feel ashamed, do not feel guilty for how you feel,” she suggests. “Your feelings are normal and valid. It’s simply another bump in the road.”

Chernoff reminds parents to look through the dense forest of new challenges to see the ray of light beaming from their child.

“Parents should remember not to get lost in the diagnoses, but to appreciate their child for who they are and what their strengths are,” she says. “Love the child for being their child.”