Surrogacy on rise in Chicago area 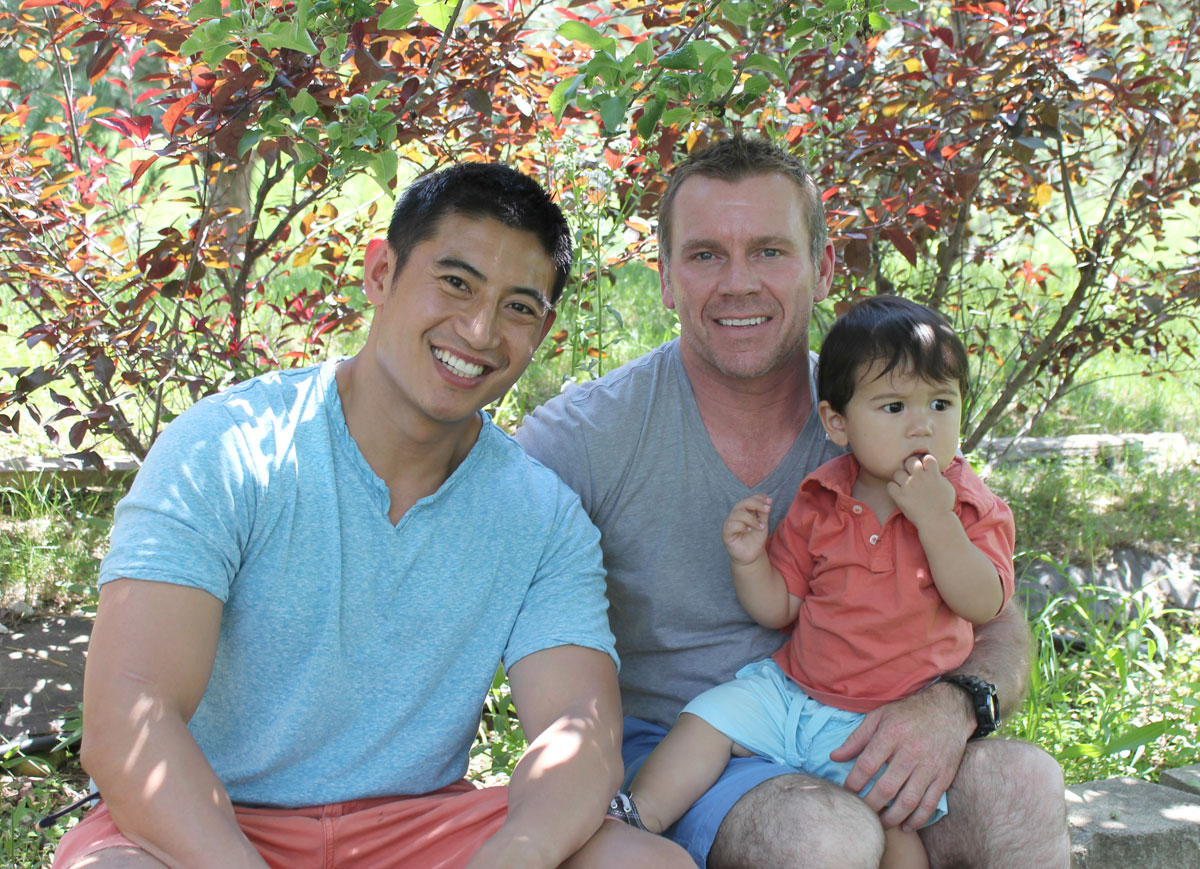 When Kimberly Foster became pregnant a few years ago, she didn’t want any more children. Four children were enough for Foster and her partner, Daisy Simbulan, of Berwyn. Still, Foster happily became pregnant again, knowing she would not be the mother.

She had agreed to become a surrogate for friends who were desperate to have a child.

“I knew that it would be something that I would like to do for them,” she says.

Simbulan’s cousin Harold Cezar and his partner Jamie Thompson first considered adoption. But the long process seemed daunting given their age, 43. So they began researching surrogacy and eventually asked Foster and Simbulan if they could help.

Foster knew “right away” the answer was yes.

Simbulan always wanted children, but never wanted to be pregnant, which is why Foster gave birth to their two sets of twins and also to Cezar and Thompson’s baby.

“When Charlie grows up, he’s going to have lots of questions. It’s really nice that Kim and Daisy will be around to answer,” Cezar says, adding that surrogacy was the perfect option for their family. “In hindsight, I wish we went the surrogacy route sooner.”

Though still relatively uncommon in the United States, surrogacy is becoming more popular for couples looking for non-traditional ways to raise a family. Since 2004, the number of babies born by a surrogate mother (738) more than doubled by 2011, the most recent data available (1,593), according to the Society for Assisted Reproductive Technology. Couples experiencing infertility, as well as an increasing number of same-sex couples looking to raise families, account for the growing number of surrogate births.

The process of surrogacy and egg donation costs about $100,000.

Many couples start with a fertility center, which refers them to a surrogacy agency. Fertility doctors create embryos from sperm and eggs from the intended parents (the name given to couples who want a child via surrogacy) or from donated eggs and/or sperm. Then, the embryo is transferred to a surrogate, says Dr. Angie Beltsos, a fertility doctor at Fertility Centers of Illinois, based in Hoffman Estates.

“We identify who the surrogate would be through the agencies we work closely with. We will transfer the embryo we’ve created into that surrogate,” Beltsos says. “Oftentimes they come to me first. Sometimes people who know they would need a surrogate, they would find that agency first.”

For many couples, surrogacy is a last resort.

“Sometimes they’ve tried everything under the sun and it’s not working,” says Zara Griswold, owner of Family Source Consultants, a Chicago-based company that matches couples with surrogate mothers and egg donors.

Griswold started the company after choosing a surrogate mother to have her twins Isabella and Noah, 10. At 23, Griswold underwent a hysterectomy for ovarian cancer. When she and her husband, Mike, were married seven years later, they knew they wanted children, but assumed adoption was the only answer.

“That’s when I learned about surrogacy and egg donation,” says Griswold, who lives in the north suburbs. “I thought it was such a phenomenal thing. The more I learned about it the more I became interested.”

Her experience prompted her to start Family Source Consultants with a fellow mom, Staci Swiderski, who also used a surrogate mother for her children.

Griswold and Swiderski wanted to make the process, which can be confusing and stressful, as easy as possible for couples. Many couples, downtrodden after trying different options, are worried that surrogacy might not work for them. Even Griswold worried about whether her babies would be born healthy.

“This is an option that’s completely realistic. It’s not just for celebrities. It’s definitely a means to an end,” Griswold says. “It’s not for everybody, but more people can really think about it because it’s such a positive thing.”

Part of what makes surrogacy a positive experience is that intended parents are matched with surrogate mothers who are dedicated to delivering a healthy child. While money is a motivation (surrogates usually receive about $30,000 to $40,000), many surrogate mothers enjoy being pregnant and helping other couples have children.

“They definitely have a compassion for people who can’t have children of their own. They know they can help,” Griswold says.

Quad Cities mom of two, Jill Snodgrass, was drawn to become a surrogate. Her sons are Gabe, 19, and Jacob, 17. But she also has given birth to six children via surrogacy. In four pregnancies, there has been a set of triplets, a set of twins and a single baby, and she is pregnant again with twins.

“I love being pregnant. The thought of somebody not being able to have children was probably the biggest driving force,” Snodgrass says. “The gift of creating families, it makes you speechless. It’s just the greatest gift to watch them with their kids.”

For surrogate mothers and intended parents, the process is often amazing and surreal. While some parents do not want a close connection with the surrogate mother, others find their families intertwined from the beginning, says Griswold. (Expectations are discussed as part of the surrogacy agreement.)

In many cases, intended parents are in the delivery room when the baby is born. And surrogates often continue a relationship with the families well after the birth. Parents usually want their kids to know the surrogate mother to understand the story behind their birth.

Because Simbulan and Foster and Cezar and Thompson are already family, they will continue to see each other regularly. When Charlie was a baby, he was often comforted easily by Foster.

Griswold also remains in contact with the surrogate mother for her children who have heard about their birth stories since they were toddlers.

“We have been telling them since they could understand language. Mommy’s belly was broken and we needed someone to help us have a baby. A surrogate put you in her belly. That’s how we started,” Griswold says. “Then we talked about egg donation. Surrogacy and egg donations are a huge part of family life. My kids know this is the way they were born. To us it’s a very positive thing and open thing.” 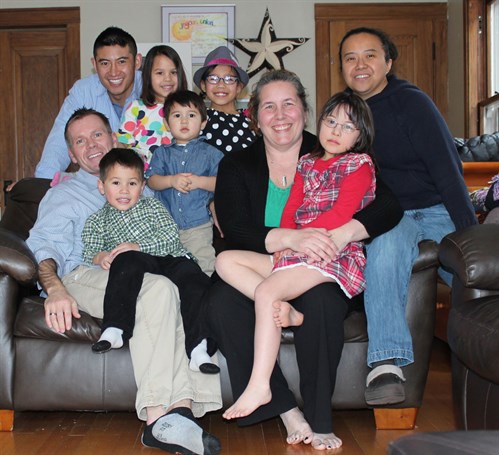