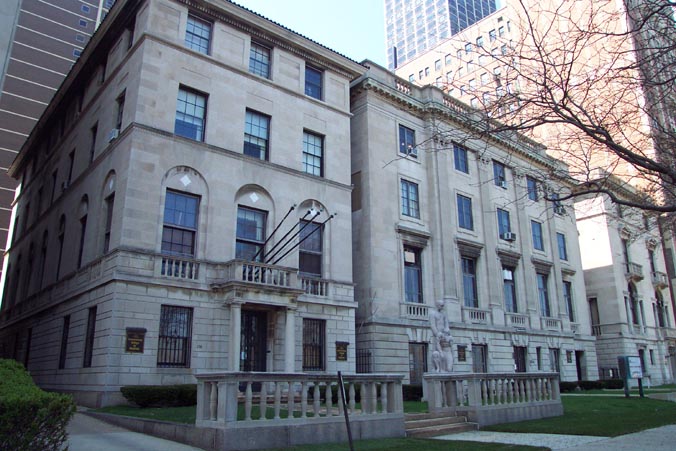 Amputation demonstrations, a working iron lung and a creaky elevator in an old, old building. Sound like a destination that’s definitely not for children?

Think again. Chicago’s International Museum of Surgical Science has created a new exhibit, RX for Success, to reach out to kids as young as 8 and hopefully convince some of them to consider careers in health care.

“A lot of kids in middle school are struggling around that time thinking, oh, math and science aren’t for me, especially girls,” says Kristen Vogt, museum manager of education and events. “One thing that inspired us with this exhibit is that there’s multiple paths to medicine. We also have a nursing exhibit and the success of this led to RX for Success.”

The exhibit includes hands-on activities for children, including interactive iPads, make your own blood and decode the disease games, as well as information on the many careers in health care.

The rest of the museum, which is housed in an Edwardian mansion built in 1917, includes an interactive pharmacy from the turn of the 19th century, plus everything from skulls to giant kidney stones to medical equipment from the 1800s.

Vogt says one of the reasons the medical information presented isn’t scary is because of the warm and inviting atmosphere of the historic home.

“I’ve had people say, ‘Oh, we expected this to be really scary,” she says. “We do have things that could be creepy but because of the warm atmosphere of the museum, it gives it a warmer glow. We have bladder stones and kidney stones and it’s in an inviting room, which is weird to say, but you don’t feel haunted or scared.”

Vogt recommends the museum for families with kids 8 and up, but reminds parents that it’s best to take into account your child’s personality when making the decision to visit. If you bring younger children with, there’s also a large ballroom on the second floor where kids can run around and another room that’s perfect for nursing. Also, there’s not really anything in the museum that’s “no touch” so you don’t have to spend the whole time worrying about what younger children might get into.

The only thing to worry about is the creaky elevator. “I had a mother with two boys about 8 or 9 and they were having a blast…they liked the old dentist office,” Vogt says. “Then they came to this old elevator from 1917 and one of the boys who’d just been chattering about amputations and skeletons began crying and said it was scary and haunted.”