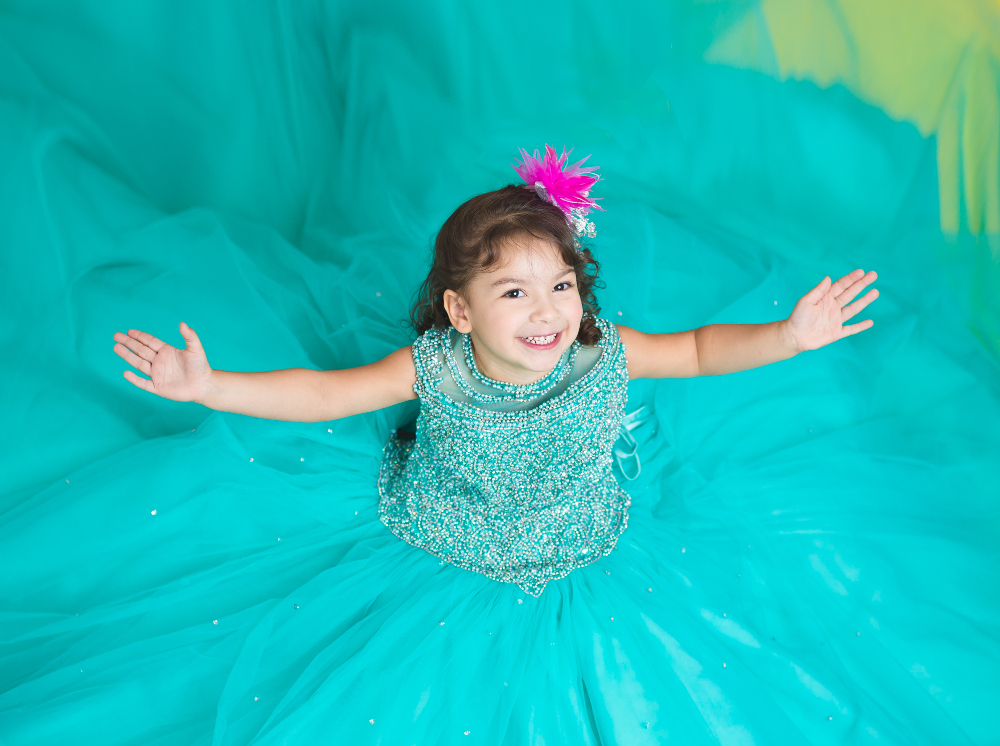 Growing up as a bi-racial Hispanic-American girl in Chicago, my friends and I dreamed about the day of our Quinceañera.

A Quince isn’t just a big party that today can rival a wedding when it comes to the planning that can sometimes take years, the hair and the amazing dress. It remains a celebration of family tradition steeped in faith that blesses a 15-year-old girl on her journey as a woman.

But today’s girls are putting their own signature stamp on their coming out event—and it’s not always without drama.

The choice of a Quinceañera dress is as essential (and sometimes as costly) as a wedding dress. The outfit is the key to making the girl feel like a princess on what will be her biggest milestone to date.

The design signals that she is leaving behind childhood and entering adulthood. And today, there are no limits to how elaborate a Quinceañera dress can be, with costs ranging from a few hundred dollars to thousands.

In many cases, the parents are more than happy to gift the dress of her dreams to their daughter no matter the financial burden, but do fight to keep it tasteful. The goal is to make the transition to womanhood a happy and elegant event that respects the family’s traditions.

Mario Negron, owner of M2 Hair Salon in Oak Park who has been creating looks for Quince girls for more than 25 years, says traditional princess hairstyles are not always the go-to these days.

“First, she wants what her mother doesn’t want, that’s for sure, so there ensues the battle,” he says. “They want to emulate the pop stars in the music videos. So, sometimes, the experience of what mom originally hopes for isn’t the soft innocent look that she has envisioned her little girl’s perfect Quince hairstyle.”

When conflict erupts, sometimes with arguing, screaming, tears, even a tantrum, dad gets called in to settle the dispute and chooses the hairstyle.

Nothing is too extreme these days when it comes to hair and make-up, Negron says.

He even had a client who brought in a wire bird cage shaped like the Eiffel Tower and insisted it be used as a “bump” to give her hair the right height and form.

Food and family play a huge role in the Quinceañera.

No matter the family’s financial status, each Quinceañera has sponsors for all of the fiesta’s needs such as flowers, shoes, venue, decorations, food, the band or DJ and even the cake that sometimes is just as extravagant a wedding cake.

Food also is a very important part; the choices are a part of what keeps Hispanic customs alive and it always brings together the warmth of family.

Sometimes, though, a family’s wishes overrides the girl’s.

Arabel Alva Rosales, a Chicago businesswoman and co-founder of Latino Fashion Week, has seen parents’ desires make their daughter’s experience miserable. In one instance, she says, the parents “wanted to take the opportunity to showcase the event as their time to shine, show off their wealth or status to other family and friends who attended the party and it became quite stressful for the daughter.”

Still, after all the money has been spent, tantrums that were had and craziness of every single aunt and uncle about not having enough Mariachi time on the dance floor, there’s one thing that remains the same for all young Hispanic women. No matter what background a young girl is from, when it comes time for a Quinceañera to finally appear on her calendar, it is one of the biggest thrills and most significant events for that young woman, and her entire family.

It will give her memories that will last a lifetime.

Brought to you by Pilgrim Lutheran School
Read more
At Home

An expert explains what kids should be taught about safety in large crowds and at public events.
Read more
Guides

Get to know this south suburb full of fun for families.
Read more