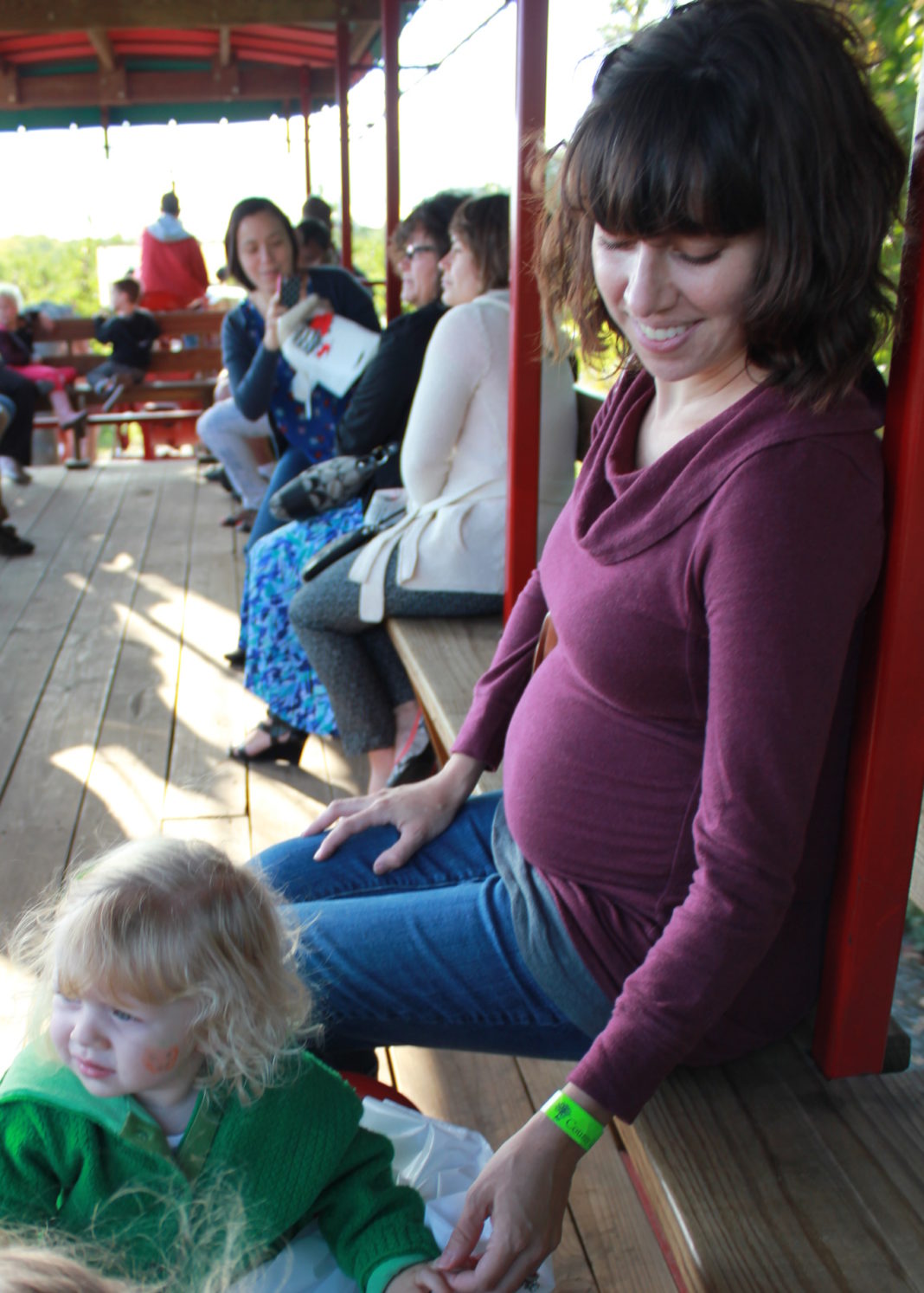 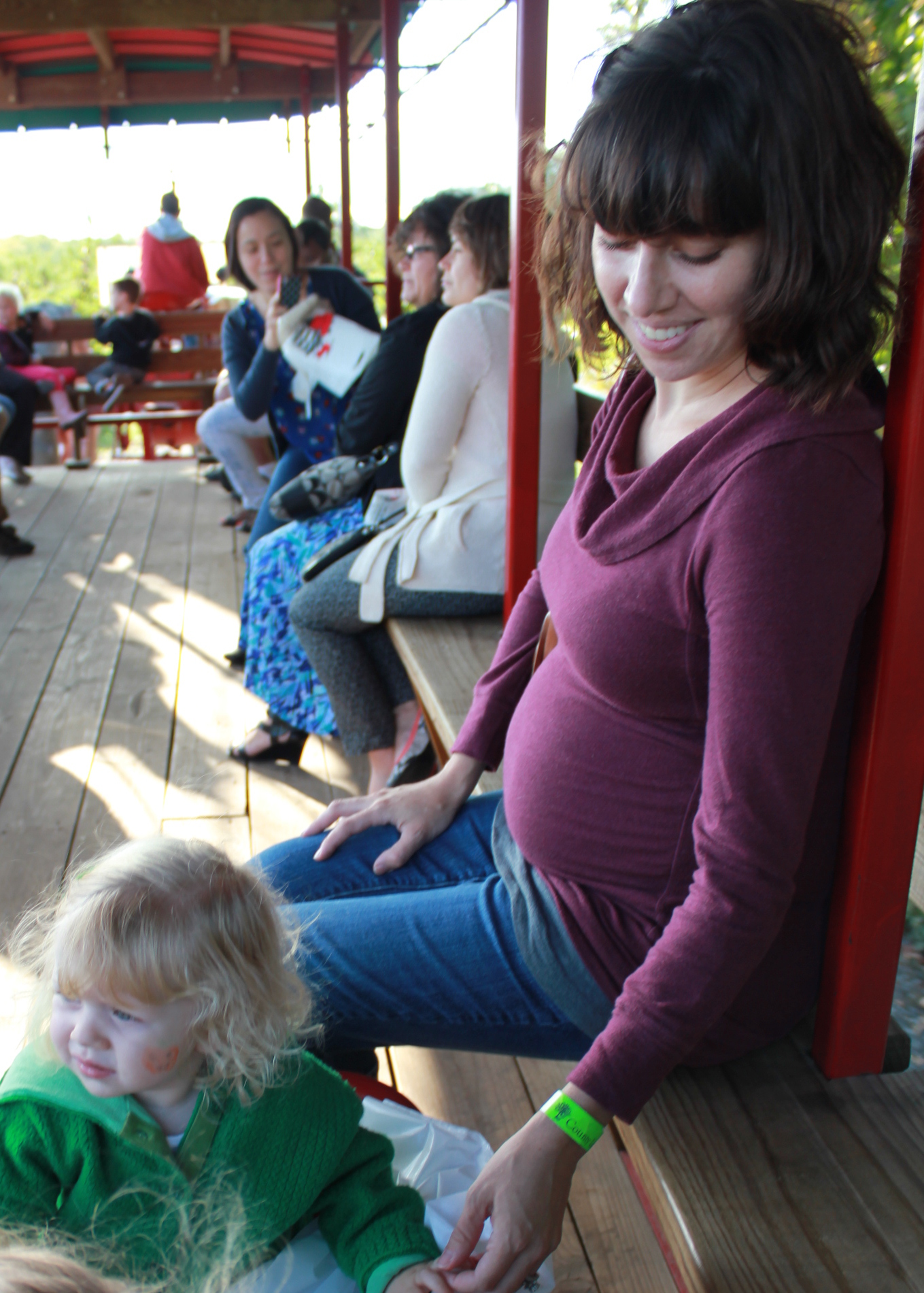 I’m not a fan of pregnancy.

It’s not an easy thing to admit publicly, what with the chorus of passersby reminding me what a blessing it is. (After all, don’t I know that it all goes by so quickly?) Yes. Yes yes yes. It’s a biological miracle and I know far too many women who would do anything to conceive a healthy child.

But I’m not good at pregnancy. In fact, sometimes I’m downright awful. Sure, the first few days are [usually] a joy fest. From the lightheaded twitterpation of seeing that positively affirming peed-upon stick to those first giddy phone calls, the idea of the new baby is downright fun. A couple of weeks later, however, the reality starts to set in. And unfortunately, my reality includes nonstop nausea, vomiting, and dizziness that puts post-30 hangovers to shame.

Eat a cracker, the passersby chide. Great advice! But unless that cracker is dosed with enough Unisom to fell a water buffalo, it probably won’t make me feel as good as you think it will.

Doctor visits also bring their own version of Things At Which I Am Not Good. These monthly (and later weekly!) checkups are a special blend of pop quiz for which I always seem to have the wrong answer. Did I gain too much weight? Try to be mindful. But don’t diet, that would be bad for the baby. Did I not gain enough? Try to be mindful. Your baby needs the calories. And the needles, oh, the needles! I don’t think it’s just my fear of blood draws talking when I say there’s no real reason they need quite so much from me at every visit. I’m not necessarily suggesting that they’re hoarding my blood and creating synthetic plasma, but I have seen True Blood and that’s my point.

Then there’s the gestational diabetes, which requires its own blood-letting. Breech babies who enjoy clutching rib cages. The varicose and spider veins in locales which, if discussed, would make a rather effective abstinence PSA in our nation’s high schools. The hairiness. The loss of hair. Braxton Hicks contractions that don’t really hurt, it’s not as bad as like, labor, right? This go ’round I’ve even developed a sensitivity to my prenatal vitamins, which manifests itself with even more nausea and vomiting. Did I mention that these symptoms occur in what’s commonly referred to as the Feel Good trimester?

But the absolute worst part of my pregnancies is the proximity of every single glowing and expectant mother who’s never felt more beautiful in her life, what with her shiny hair (but not skin!), and sheepish declaration that not only was she never ill, but that her cravings are for things like carrots and mineral water. (I crave things like packaged liverwurst and onion dip eaten by the spatula-full.)

And as I approach my third C-section, I can’t pretend to be anything but resigned to yet another spinal, and another lengthy hospital stay full of catheters, I.V.s, and ’round-the-clock prodding. In my most self-pitying moments, the nagging suspicion that I’m just not cut out for baby-making creeps into my 3 a.m. brain.

Until I have the baby, that is. And I know exactly how it’ll unfold: There I’ll be on the operating table -mid-splay -and my husband will hold that impossibly small and fully realized baby up to my face. Yes, my arms will still be deadened paperweights, but I’ll suddenly be with my child. Not a fetus or weekly belly picture orexcuse for 4 a.m. peeing…but a person whom I’ll automatically love more fiercely than anyone I’ve ever met, save for the two smallish imps awaiting my homecoming. And the pain, discomfort, and oddness of the prior 39 weeks will no longer matter or be relevant to this, another beginning of the thing I’m really good at: being a Mom.

And eating processed meat. I could bring home the gold for that one.