The five jerky preschoolers you meet on Chicago playgrounds 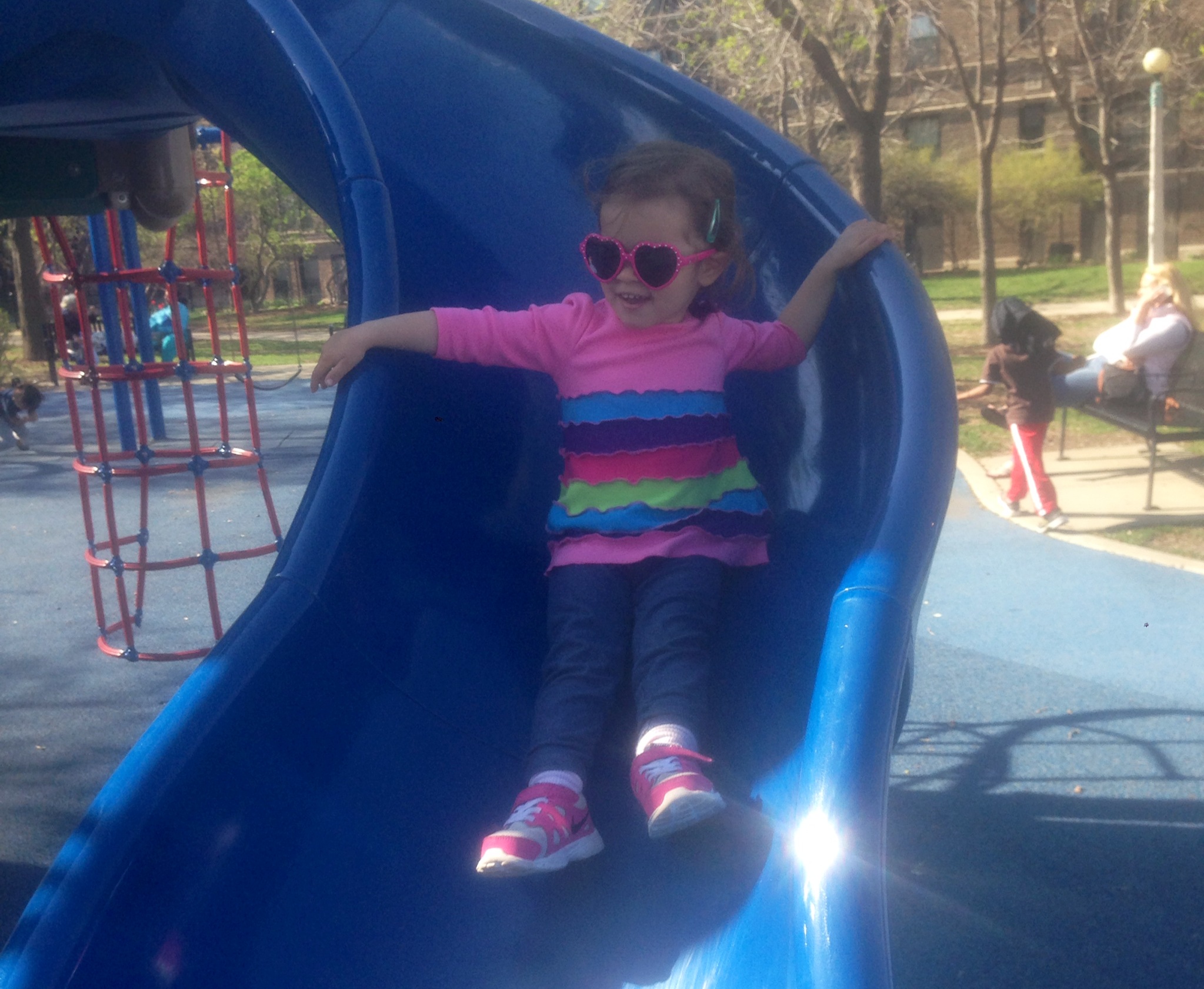 This week’s blog post is by WDP co-host Matt Rocco, who lives in the Edgewater Glen neighborhood  of Chicago with Professor Foster (his “Brown Mom” wife), and their daughter Viva, who does not benefit socially from your child’s shenanigans.

When you’re a parent, your child is perfect and everyone else’s child is an animated sack of garbage. This is especially true for me.

Bring your child to the park at any given time of day, and they’re bound to interact with the miserable spawn of your neighbors. In your hopes to expose your child to healthy social interaction, you’re instead exposing them to the bad habits of another person’s offspring – their rude, pushy, sweary offspring.

While the names may change, (from Aiden to Brayden to Cayden to Shmayden, and from Emma to Gemma to Phlegma, or whatever flavor of the week name was big a few years ago), the kids who are about to torment, avoid, or puzzle your kid fall into one of five molds:

Your kid wants a playmate, the Shrinking Violet wants to curl up into itself and blink out of existence.  “Do you want to play?” your son or daughter may ask them, but they won’t reply. They’ll merely shrug, or blink, or turn back to their activity and ignore your child completely.

“Do you want to play?” your child asks again. This time the Shrinking Violet either really activates the silent treatment, or they toddle off to lick their psychic wounds, leaving your kid embarrassed and alone.

It is important to remind your child at times like this that introversion won’t get you far in today’s world, and that the child who ignored them today will someday lose a major research grant to them tomorrow.

And what does your child really want, a cripplingly shy friend, or a major research grant? There’s no comparison.

The Show Off (or The Know It All)

The Show Off is older than your child, and will befriend them merely to boss them around, or to point out to them how much faster they can climb up the slide part of the slide, or how much they know about bees.

You’ll watch helplessly as the Show Off condescends to or passive-aggressively belittles your child.  “It’s OK,” they’ll say, “I didn’t used to be able to run as fast as this, either.”

That’s when you challenge the “Show Off” to a foot race yourself, or an arm wrestling match, or you teach your child to ask the Show Off if they have ever had a “Hertz Donut.”

Let your child humiliate the Show Off in any way that they can, be it swinging higher or speaking with better diction or throwing sand in their eyes.

The Odd Duck probably won’t bother your kid, because they’ll be too busy bothering you, even though you are a creepy grown-up they don’t know and should want to stay away from. But instead of shouting “stranger danger” and running home like they should, The Odd Duck will show you their Pokemon cards for 30 minutes while you try to figure out what piece of equipment your toddler is going to fall off next.

The Odd Duck will say “Hi” to you a hundred times from inside a covered slide or from behind a railing. They’ll tell you all about their hamster that died, or how Spider Man’s powers work. They’ll ask your kid why she’s so young, and ask you why you’re so old. (A questions for which I’m still searching for an answer.) And, to paraphrase Caddyshack, “Fifty bucks the kid picks his nose.”

The Odd Duck is harmless but annoying, and can be dealt with the way you deal with hippie fundraisers on the sidewalk: Pretend you are on your phone.

Say hello to tomorrow’s cold. The Walking Petri Dish never met a bacteria they couldn’t incubate, or a virus they couldn’t spread. And you shall know them by the sound of their productive cough.

Look down to check a text and TWPD will sneeze directly into your child’s open mouth, or high-five them with oozing poison ivy sores. They’ll hug your kid hello, kiss them goodbye, and radiate a cloud of germs, spores, and fungus in between.

And if you scan the playground and find there isn’t a Walking Petri Dish there that day, it doesn’t mean you’re safe, it means that, like Darth Vader in Cloud City, they arrived just before you did. I’m sorry. The viscous squish you felt when you grabbed the chains on the swing? That’s the infectious slime trail of this insidious threat.

Nobody likes a bully, especially when the victim is your child. Somehow, they start young. Whether they are emulating bad behavior they see at home, or they are just a bad seed, there are plenty of bullies and would-be bullies on the playground, just waiting for a child smaller than them to appear.

This week my friendly daughter approached two boys in a park near the lake. The younger brother, a 3 or 4 year old, carrot-topped moppet, turned to his older brother for a cue. The older brother whispered into the befreckled redhead’s ear, who then walked over to Viva.

“You sound like an alien,” he sneered, his older brother having likely just said, “Tell her she sounds like an alien.”

I could feel my pulse quicken and my blood pressure pressing on the backs of my eyes. I looked around for which parents might have raised such despicable children, but the parents didn’t seem to be around.

“You sound like an alien,” he repeated, having left my daughter confused and speechless, like a Shrinking Violet herself.

I instinctively leaned towards my daughter’s would-be tormentors. “She might sound like an alien, son,” I spat, knowing I only call people “son” when I’m about to abandon civility, “but you two pasty little dough-balls run a very high risk of developing melanoma, assuming your livers hold out for that long. I’d rather sound like an alien than look like I hoard boxes of Lucky Charms all day. Now go back to Hell, you translucent ginger gremlins.”

And they disappeared into a cloud of brimstone.

Bullies are the worst, and you’ll likely be ineffectively trying to protect your child from them for years to come. That’s your cue to leave the playground and go get some pizza and cupcakes, for both you and your child.

After putting up with other people’s children, you’ve earned it.

You can also listen at whitedadproblems.com. (Do note that the show has a potty mouth and is definitely for Over 17 Only.) And follow the Dads on Facebook and on Twitter: whitedadprobs.