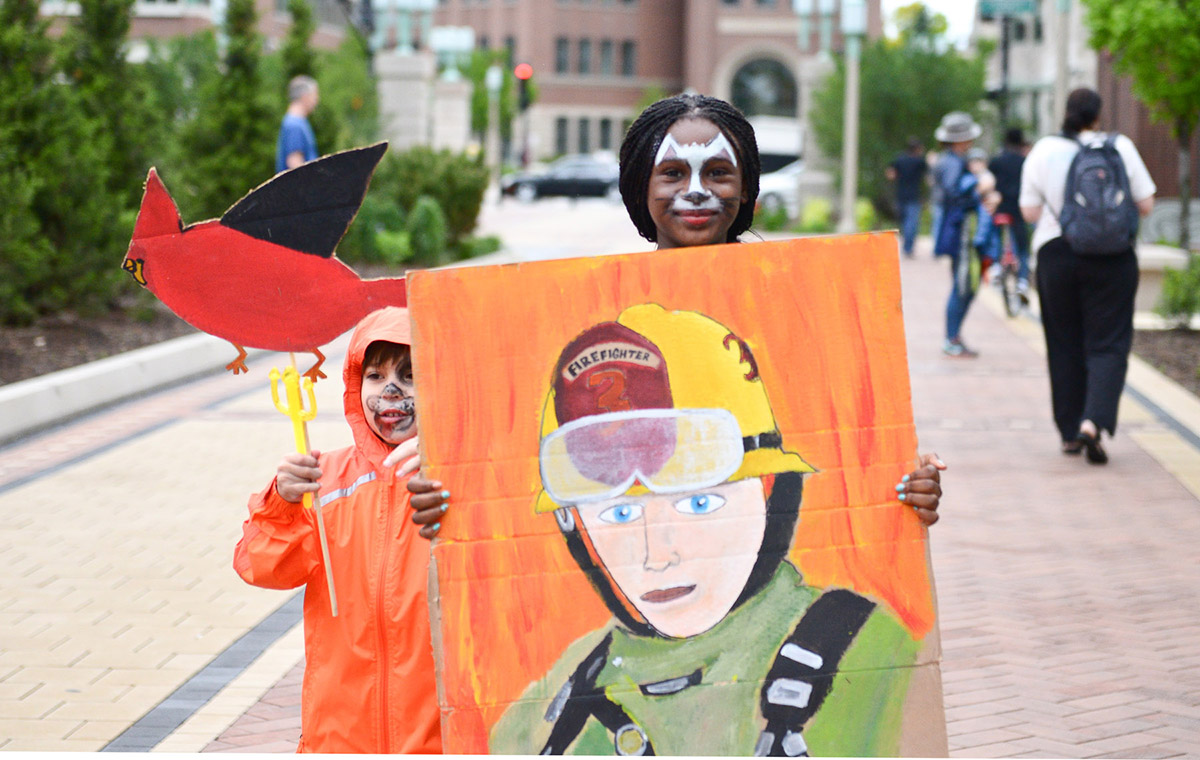 What do Austin, Portland, New York and Chicago have in common? Each city boasts their own curated festival of innovative performances, ranging from music, dance, puppetry and comedy to all-ages performances. The Pivot Arts Festival is a 10-day showcase for Chicago’s top creators of the aforementioned artistry, plus workshops, discussions, art installations, children’s shows galore–and even a wine tasting or two.

For a full line-up of events and performances, visit www.pivotarts.org.

Since the festival’s inception four years ago, they’ve run the gamut of themes and locales–2013’s “Reigniting the Vaudeville Era in Uptown and Edgewater” was particularly fantastic–and 2016’s partnership with Loyola University allows for performance space in the beautiful Mundelein Center for the Arts.

Every good celebration needs vibrant kickoff evening, right? Pivot Arts’ Festival Tapas Night: Small Plates of Theater and Dance gives attendees a taste of what’s in store for the weekend. The three short pieces feature “SouthSide Sailor Scouts” (think: Beyonce-meets-Selena-meets song, dance and stories), Peter Carpenter’s “Rituals of Abundance for Lean Times #7:  Divisions of Labor” (one part humorous and two parts conversation starter) and The Hypocrites’ “Midsummer Dream” (a retelling of Shakespeare’s most popular comedy as told by four actors, who also double as production designers). Not ready to end the night’s revelry? The ticket to the Tapas Night also doubles as an entry to the Hip Hop Celebration at nearby Bar 63 for high energy performances and feel-good dance music.

Pivot Arts’ popular Celebrate Community! Parade, now in its second year, is marching out on Saturday, June 4, from George B. Swift Elementary School and returns for more performances on the school’s playground.

Kids in tow? They’ll marvel at CircEsteem’s youth performers while having a blast playing alongside Merry Music Makers and Storytown Improv, to name just a few.

Festival tickets can be bought individually or in 3-show passes. Our advice? Stock up. This two-week treat will pose some of the hardest choices you’ll make all summer.

Brought to you by Legoland Discovery Center
Read more
Education