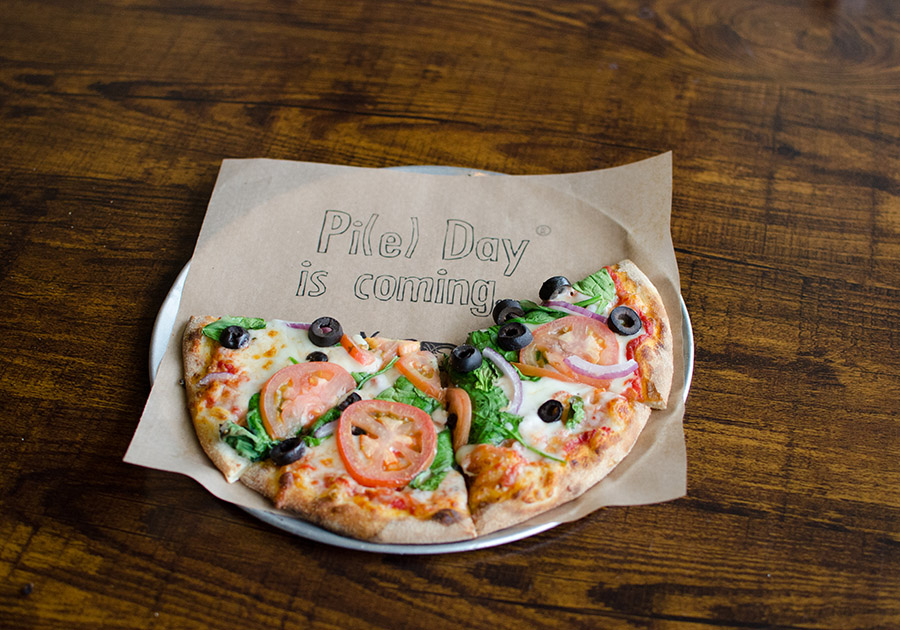 Math class and I weren’t always good friends, but I try not to convey any math aversion to my teen daughter, which is why I’m very grateful for Pi Day — a celebration of a mathematical constant (represented by the Greek symbol π) that I can get really excited about. Pi is an infinite number but it begins 3.14, which is why it is celebrated on March 14. When math ties in nicely with some very tasty food, I’m on board. It’s possible I’d be on board just for the food. And by possible, I mean really likely. But I have to wonder if math and I would have been better friends had Pi Day had been a big deal back when I was a kid.

Originally defined as the ratio of a circle’s circumference to its diameter, it now has various equivalent definitions and appears in many formulas in all areas of mathematics and physics. It is approximately equal to 3.14159. It’s an irrational number.

How does it work?

Even elementary kids can use Pi to have some math fun. Pi equals a circle’s circumference divided by its diameter. Before digging into a pizza or pie that you got from one of the awesome deals below, bust out the measuring tape and the calculator. (Or just draw a circle if any family member is getting hangry. My math major husband may not agree, but I strongly support food before math.) Pi equals a circle’s circumference divided by its diameter. You can find the area of a circle when you multiply pi by the radius squared, or A = πr2. You can learn more about Pi here.

Pi Day deals in and around Chicago

If I haven’t yet made it clear, it’s a great day to celebrate math and food. Let’s focus on the food. There are numerous Pi Day deals that you don’t want to miss. Here are a few of our favorite Pi Day deals, both savory and sweet.

Get $3.14 pizzas and enter win free pizza for a year, which would definitely help keep the Pi Day celebration going.

Get any build-your-own-pie pizza for $3.14 at this fast-casual restaurant.

Locations around Chicago as well as in Skokie and Arlington Heights

Small pizzas with one topping for $3.14 + tax all day if you can recite a portion of Pi. They may not be round, but they’re still tasty. You can have all your circular fun with pepperoni, right?

This pizzeria is having Pi Day happy hour and offering $3.14 cheese pizzas with the purchase of a pizza from 4-6 p.m.

Locations around Chicago and in Oakbrook

Hand pies, including the Nutella hand pie making its debut that day, will be $3.14.

Head to Logan Square and pick up an apple chai and pumpkin spice chai pie for $3.14.

Because they’re kind to the procrastinators, or maybe they just know we love pie deals on more than one day a year, you can pick up an 8” pie for $3.14 on both March 14 and 15.

Get large bakery pies for a $3.14 discount on March 14, while supplies last.

Slices of pie will be available for $3.14 or you can save $3.14 on the purchase of a large pie, including crocodile pi(e) and chocolate cashmere pi(e).

Want to celebrate without eating? Lace up your shoes!

The Illinois Science Council, a nonprofit seeking to educate and entertain the public about STEM, hosts its sixth annual 3.14-mile fun run/walk begins at 6:28 (double pi!) The event in Old Town is full but the other two locations are available.