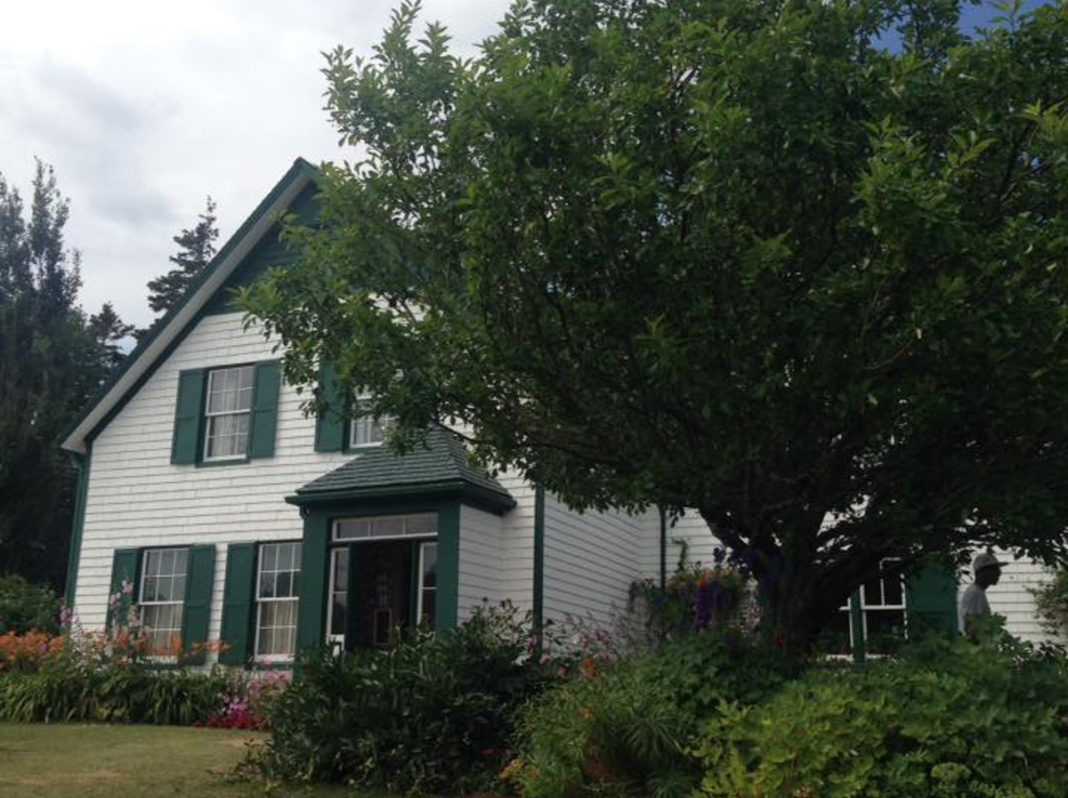 When I was a little girl, I found a kindred spirit: a redheaded orphan named Anne Shirley, the heroine of L.M. Montgomery’s beloved book series and the 1980s-era film series that I’ve watched more times than I can count. Although I am neither orphaned nor [naturally] red-haired, I’ve always identified with Anne’s bookworm qualities, over-the-top romanticism and proclivity for putting her foot in her mouth. She never ceases to make me smile, and her love story with dreamboat Gilbert Blythe makes me swoon. And I’ve always wanted to visit the place where Anne’s story began: Prince Edward Island, Canada.

With the release of Netflix’s grittier take on Anne of Green Gables, “Anne with an E,” I’m guessing that at least a few people have been drawn in by the incorrigible orphan and by her island’s stunning scenery (gorgeously captured by Bobby Shore’s cinematography) and added PEI to their vacation bucket list. So if you’re ready to explore the place that Anne – and her real-life creator – once called home, here’s an itinerary from someone who’s now been there and done that. I promise: your three days in Prince Edward Island (PEI) will be straight out of a storybook. 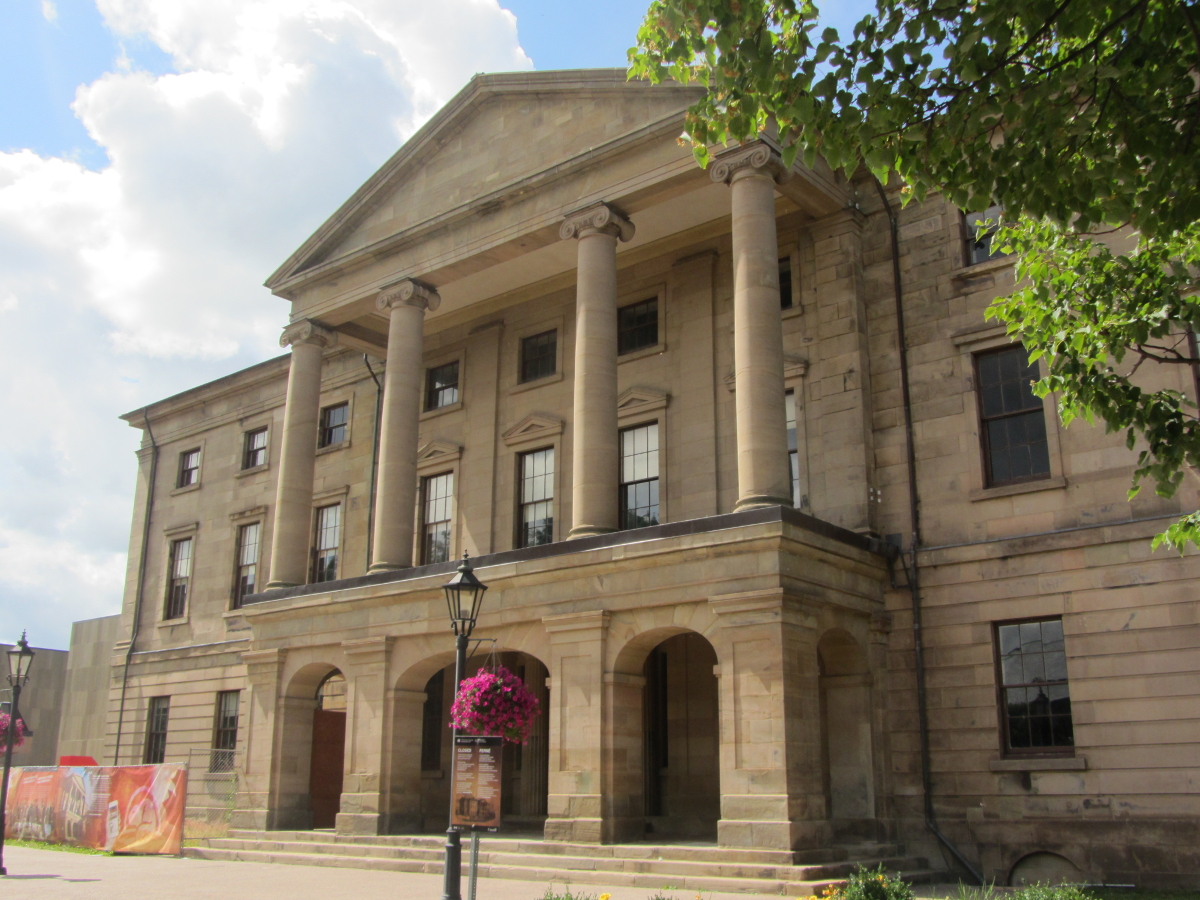 Like the beloved heroine, PEI is wild and memorable.

Flights from Chicago aren’t direct; they connect through Toronto or Montreal. But you’ll land in Charlottetown, which is the capital of the province. Take advantage of your time there and get to know a little bit about our northern neighbor (it turns out we Americans don’t get much education about Canada’s past). At the Confederation Centre of the Arts, you’ll see reenactors who make history come alive; inside, get a primer on Canadian history and the role that PEI played in its founding. And during the summer, young artists perform in the outdoor amphitheater as part of The Young Company, which puts Canadian history to song and dance — and makes it more accessible to littles.

Our favorite part of the day was hitting the water with Top Notch Lobster Tours, an up-close-and-personal look at lobster fishing on the island (offered July-mid-September). Passengers can help haul in the catch, steer the boat and touch real crabs and lobsters (including a 10-pounder named Larry) during the memorable 90-minute tour. Downside: once you make friends with the lobsters, your kids might be more reluctant to chow down on the island’s local delicacy: lobster rolls. These bundles of deliciousness are served at multiple spots around the city, but we went with Dave’s Lobster, which serves up The Local (cold lobster in a mayo-based dressing) and Some Fancy (warm lemon-and-garlic topped lobster), as well as mouth-watering grilled cheese.

Take some time to wander the streets of Charlottetown and visit the city’s great shops. You’ll find Anne ephemera galore, from straw hats that come with carrot-red braids attached to branded potato chips and candy. The shops along Peake’s Quay Wharf sell charming jewelry, pottery and other unique souvenirs. And don’t forget to stop at Cow’s Creamery, PEI’s legendary ice cream shop whose scoops simply must be eaten from one of the homemade waffle cones. Enjoy your treat while listening to music as part of The Peake’s Wharf Merchants Summer Concert Series (July-August).

Wrap up Day One with a visit back to the Confederation Centre of the Arts to see Anne of Green Gables – The Musical. In its 53rd season this summer, the musical is Canada’s longest-running and most beloved. It’s a great way to whet your appetite for Day Two’s Anne-extravaganza. (Tip: There’s another Cow’s location across the street from the theater, and it makes a great post-show treat.)

Day Two: Get to Know Anne 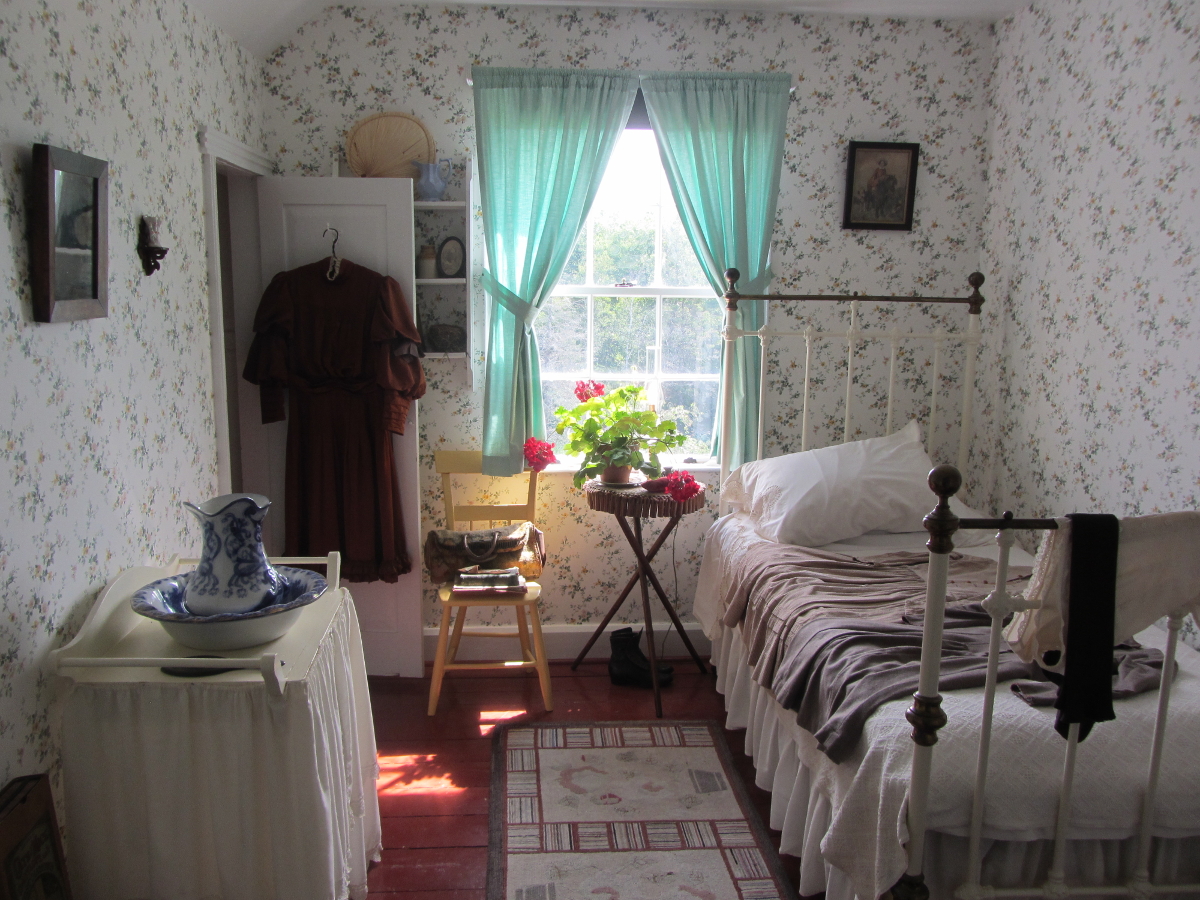 Don your best puffed sleeves and head out for a day that’s all about Anne! Your first stop is Cavendish, which was about a 40-minute drive from our hotel (we stayed at the beautiful and historic Rodd Charlottetown). Cavendish is where Lucy Maud Montgomery was raised by her grandparents — echoes of Matthew and Marilla, perhaps? — and you’ll love finding other traces of Anne’s story all over Green Gables Heritage Place, Lucy Maud’s home as a child. Tour the barn, house (look for Anne’s broken slate!) and grounds, including the book’s Lover’s Lane and Haunted Wood, and be sure to take a picture with Anne herself while learning what life was like during her time.

If you need some non-Anne fun, Shining Waters Family Fun Park, the island’s largest theme park, is down the road, and Green Gables Golf Course is right next door.

Next, head to Avonlea itself. Yes, the town is fictional, but it’s been re-created for the enjoyment of fans. Avonlea Village is a great place to browse shops or grab a bite; we enjoyed delicious PEI potatoes with some yummy toppings. There’s also a Cow’s here (sense a theme?), if you’re craving a sweet treat.

If you’re really interested in L.M. Montgomery’s past, you can swing by her birthplace in New London on your way to the next stop (the small house is probably best suited to older kids and adults). The Anne of Green Gables Museum is located in the house once inhabited by Lucy Maud’s aunt and uncle and was a place where she spent a lot of time. Check out the relics throughout the house, and be sure to book Matthew’s Carriage Ride, a charming tour that takes you past the [real] Lake of Shining Waters and over PEI’s famous red-dirt roads. The rugged coast of the island is truly stunning, and I loved spotting locations that were used in the ’80s movie (the new TV series shot on location, too). Afterward, you’ll get a thirst-quenching glass of raspberry cordial, which, as any Anne fan knows, plays a big role in her story.

Tip for diehard Anne heads: We went out of our way to find Cape Tryon Lighthouse, which features prominently in the film. Do yourself a favor and look up the address ahead of time.

Your road to dinner in North Rustico can go through PEI National Park, a gorgeous drive that feels much shorter than 30 minutes. Fisherman’s Wharf Lobster Suppers is a must when you’re in PEI, especially if you (like me) have never before had an honest-to-goodness lobster dinner. In addition to your entrée, you can enjoy a 60-foot salad bar that includes the usual salad trimmings, plus all-you-can-eat Island Blue Mussels (if you’re into that kind of thing). Afterward, we enjoyed a picturesque stroll along Rustico Bay, where piles of lobster traps dried under the setting sun, before heading back to Charlottetown. L.M. Montgomery once called Prince Edward Island “that colorful little land of ruby and emerald and sapphire,” and today is your chance to experience what she meant. PEI is a stunning place, colorful and wild and just waiting to be explored. About an hour from Charlottetown is Greenwich PEI National Park, which brims with color from the gray lichen to the purple thistles to the red raspberries. We even spotted a bald eagle perched in a tree far above our heads! The park’s Greenwich Dunes Trail is a bit strenuous, but you’ll walk on a floating boardwalk across a pond filled with cattails. Once you arrive on the beach, take a breather before hiking up to see the famous parabolic dunes and snapping a few pics.

When you need a break for lunch, head to nearby Rick’s Fish ‘n’ Chips for some more local delicacies. There might be a long wait, but the delicious fish and chips and poutine make it worthwhile (if you’re in an adventurous mood, try the Cajun mussels).

Then it’s time to visit the easternmost tip of the island (a 50 minute drive) and the East Point Lighthouse. The cash-only spot offers clear views of PEI once you reach the top — and offers space for kids to run around outside.

Conclude your day at Basin Head Provincial Park — and bring along your swimsuits for Basin Head Beach. (Showers are available to help get the sand off.) Lot of kids (and some adults) jump from a high bridge into the water below, while others go the more traditional route of sunbathing and frolicking in the ocean’s waves. Keep your ears open for the sound that happens when you walk along the sand. There’s a reason it’s called the Singing Sands!

On our way back to get a good night’s sleep for our very early flight, we made a slight detour to visit Dalvay by the Sea, the hotel that stood in for The White Sands in the Anne movies. Although we didn’t go inside, I thrilled to take a few photos of the spot that felt so familiar to me. What can I say? I told you Anne was a kindred spirit!