Online grades for kids can be addictive for parents 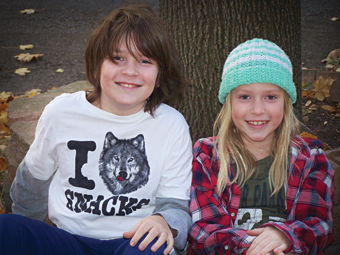 Let me begin by saying that I am not a helicopter mom. My children, currently 9 and 12, have been given ample opportunities in their short lives to take risks, try new things and fall on their faces without me swooping in to soothe every hurt and make everything all right. They’ve been to the park by themselves; they walk to the market. I encourage their freedom and have tried not to hover.

This year a confluence of events has transformed me from a carefree urban mom into a hovering maternal shrew who drives her children crazy with her obsessive and constant oversight.

The first of these events was my 12-year-old son transferring to a new school for seventh grade. It’s an advanced curriculum program where he’s taking classes a year or two above his grade level. It’s tough work and, for the most part, he’s doing well.

However, we also live in the city of Chicago where, as anyone with a child in public school knows, “doing well” just doesn’t cut it in seventh grade.

For those of you unfamiliar with the unique high school enrollment process in Chicago, seventh grade is the most important year of every student’s academic life. It is a year-long endurance test when students must prove their scholastic worthiness, without a single misstep, in an effort to get into one of the coveted “selective enrollment high schools.” These schools offer the best classes, the best teachers and the most robust curriculum of almost any other high school in the country-all for free.

They also draw thousands of applications every year for the hundreds of spots-and those elite few who get in are judged almost entirely on their seventh-grade academic performance.

Fortunately, my kids are smart and they test well. They both have a really good shot at getting into one of these schools without any interference by me.

There is just one problem.

The Chicago Public School system has created a wonderful new tool called Parent Portal, which gives CPS parents round-the-clock access to their child’s grades, assignments, absences and every other bit of minutiae that we used to be blind to until report cards came out.

Now I know my son’s grades before he does.

At first I used this power judiciously. It was rare that I logged in to Parent Portal more than once a month, and then it was only on rare occasions, to verify the kids were doing as well as I expected.

But this year the visits began to happen more frequently. I started going on weekdays, during my lunch hour. I set up an e-mail alert to let me know when any of his grades dropped below a 90, and when I received two e-mails in one day, I flew into a panic. He’d forgotten two homework assignments and received F’s on both of them. His A’s dropped to B’s, and my blood pressure soared.

Suddenly, my need to keep round-the-clock tabs on his GPA got a little out-of-hand. The grades were resolved a day later when he turned the homework in late-with 10 points deducted for tardiness-but I was hooked.

Today, I’ve got Parent Portal bookmarked on my tool bar, and I time my trips to the site around his daily class schedule. Sometimes I even hold off visiting the site until I finish a big task at work, rewarding myself with the tingly joy of seeing his grade pop up a few points, thanks to an exceptionally fluent vocab assignment or triumphantly handled pop quiz.

Clearly, I have a problem. I’m a Parent Portalholic, and I can’t stop.

When I lay awake at night worrying about the person I’m becoming, I like to pretend that this is all just about seventh grade, and when he moves on to eighth grade I’ll return to being blissfully unaware of his grades until I collect them on report card pick-up day along with everyone else.

But in the light of day, I know that’s probably not the case. I’m addicted, and there is no going back. Now I worry about what will come next. What if he actually gets into one of these high schools? Will I feel the need to micromanage every move he makes? Challenge every grade and oversee every assignment?

But in the meantime, I am trying to dial back the drama. I have resisted the urge to e-mail his teachers demanding to have his grades changed, and I promised myself that I will not hound him more than three times a night about grades he can’t control.

These are small concessions, but it’s important to take baby steps.