Baby Name of the Year … The Situation? 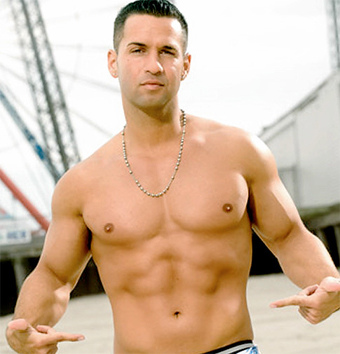 The Baby Name Wizard, the self-proclaimed “field guide” to baby naming, has come out with its 2010 Name of the Year. I should be perfectly clear: This isn’t an endorsement, a condonation or a sign of the continuing intellectual progress of American society. It’s simply, as site creator Laura Wattenberg says on the Baby Name Wizard blog,”a recognition that this name captures our moment in time, both reflecting and shaping the naming culture around us.”

The 2010 Name of the Year? To resounding applause in the 848 area code and sounds of forehead-slapping almost everywhere else … The Situation. This is, of course, the nickname of Mike Sorrentino of MTV’s “Jersey Shore,” a tanned, buff buffoon best known for his GTL catchphrase (gym, tan, laundry) and his abs, which you might have caught on this season of Dancing with the Stars.

I could find no evidence, anywhere, that anyone has actually named their baby The Situation, though such a case is surely not far off. But maybe it’s just the pinnacle of the “name as marketable brand” phenomenon.

Names (and ridiculous nicknames) today are more than names: They are marketable real estate. Plus or minus a few underscores, they’re our Facebook usernames, our Twitter handles, our e-mail addresses (remember the days of ERfan4ever@yahoo.com? Not anymore). They’re the reason, Wattenbergpoints out, that Lindsay Lohan sued E-trade for $100 million.

In other baby-name news, Twilight was so 2009. Isabella was dethroned this year by Sofia, dropping all the way to No, 8. While the official report from the Social Security Administration won’t be released until the spring, it’s nice to that that in this shifting, trend-tastic world of baby names, MikeSorrentino will be able to make a few bucks.

Interestingly enough, we’ll also get to see whether the reality star’s given name, Michael, will continue its silde. After reigning as the most popular name for boys every year from 1961 to 1998, Michael has slipped in recent years, finally dropping to No. 3 in 2009.

If Snookie appears anywhere on that list, I think we can all agree the apocalypse isn’t far off.