Music | Make sure your kids know the classics 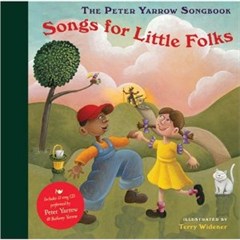 Parents know better than anyone that there is an abundance of new music available for purchase and download. Just staying up with all that is available is a chore, let alone knowing which new CD is a worthwhile purchase.

Chicago’s own Justin Roberts released his newest CD of original songs, “Jungle Gym,” in June. So did Laurie Berkner with “The Best of The Laurie Berkner Band,” a collection of greatest hits including alternate versions of “Pig On Her Head” and “Moon Moon Moon,” along with the new song “Open Your Heart” penned for the children’s charity, The Pajama Program. Putumayo Kids just released “Rock& Roll Playground,” its latest compilation project featuring a great mix of music artists including Dan Zanes, Taj Mahal, Bill Harley and others.

And this is just the tip of the iceberg.

Peter Yarrow (from Peter, Paul and Mary) is passionate about the power of music making and its effect on children as he continues to share his love of folk music with young audiences. I had the privilege of interviewing him last year as he was out promoting one of his earlier book/CD combos in the Peter Yarrow Songbook series and what was supposed to be a 10-minute interview turned into a 40-minute conversation about the state of music education in our schools. His passion is contagious!

“Songs for Little Folks” ($16.95, Sterling) is the fourth in the series and like Yarrow’s first three releases (“Puff, The Magic Dragon,” “Day Is Done” and “Let’s Sing Together”) deserves to be part of every family’s library. There is a lot to be in learned from these simple folk songs and children have enjoyed singing them for generation after generation.

So it is our job as parents to make sure our children are well versed in the classics of children’s music. Long after the latest music superstar has faded, these gems will continue to shine.

These 8 reading apps for kids are sure to help them get excited about reading this school year and beyond.
Read more
At Home