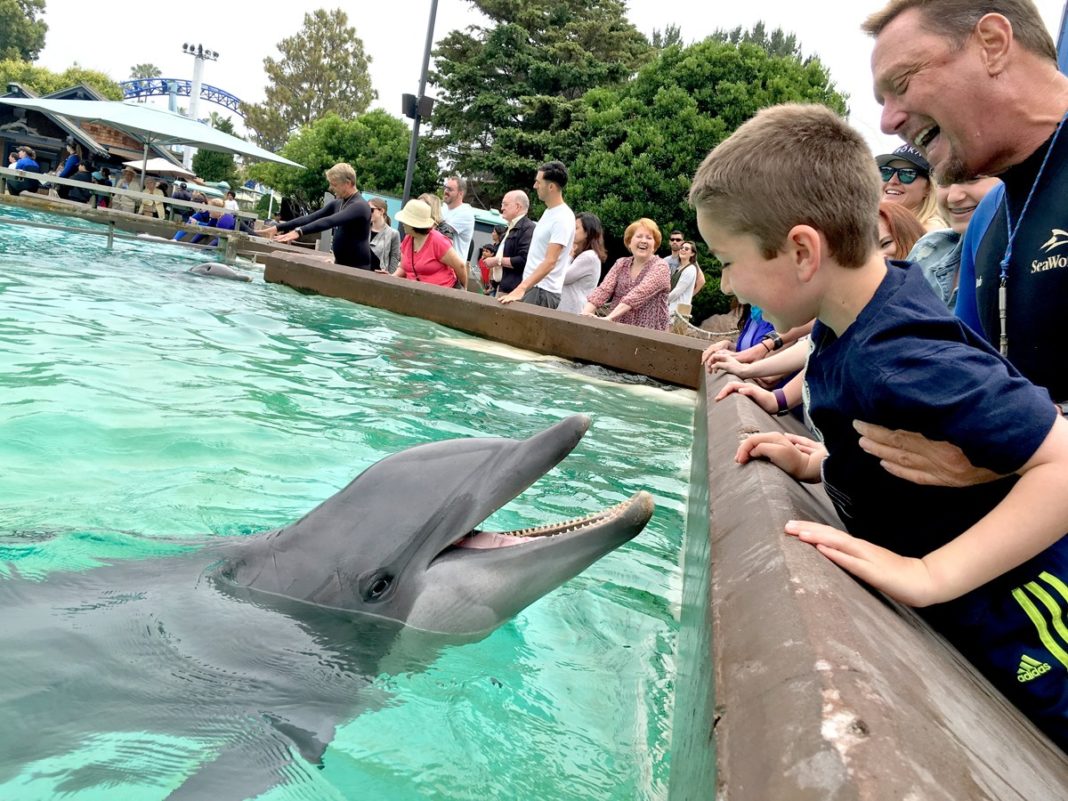 My son, Luke, was on the precipice of turning seven. He was getting taller, increasingly independent and certainly more opinionated. He began saying he was too big for playgrounds and Mickey Mouse. I wanted to bottle up some of the magic of his boyhood before he got too big.

The trip of a lifetime

So I started dreaming up plans of something spectacular just for Luke and me—something to wow him and to cement our bond.

When the opportunity came up to explore Southern California, I jumped for the once-in-a-lifetime mother-son memories. With a CityPASS, we’d get to ride all the big kid rides at Disneyland Park, Disney California Adventure, SeaWorld San Diego and Legoland California (for almost 30 percent off, plus skip the lines!). Luke would get to choose his own adventures, stay up extra-late and soak in copious amounts of fun with mom.

I saved the reveal for Luke’s 7th birthday. When he walked down the stairs on the morning of his special day, I was about to burst. As he perused the spread of Mickey Mouse T-shirts and stuffed ocean animals in front of him (gifts to correspond with our trip), he said, “I don’t really like Mickey Mouse.”

Then he opened the folder, with plane tickets and a packed itinerary, including breakfast with Goofy and roller coasters galore.

Upon arrival at the Disneyland Resort, we were immediately swept up in the magic. Even the headboard on the bed plays music and twinkles with lights. Walking through Downtown Disney, there’s music, performers and any treat or store a kid could desire (in my son’s case, ESPN Zone was the icing on the cake).

Matterhorn Bobsleds was the first ride Luke selected at Disneyland. Soon the rollercoaster rush took over him like a fever. When he laid eyes on California Screamin’ at Disney California Adventure Park, it was obsession at first sight. The loop-de-loop would be his first. The lightning speed and gigantic drops dismayed even me, but Luke would not stop insisting that he was big enough.

We hollered at the top of our lungs as we dropped down Splash Mountain. I giggled every time Luke ducked under the flames in Big Thunder Mountain Railroad. We snuggled at the dazzling Paint the Night Parade, then rushed to snag our final ride on Matterhorn Bobsleds as fireworks burst out over the mountain. That night, the boy who said he was too big for Mickey Mouse was donning the round ears and hugging his new stuffed buddy. It was hard to say goodbye to Goofy at breakfast the next morning, but knowing we were on our way to Legoland softened the blow.

I have never been to a more family-friendly resort than Legoland Hotel. The bright bricks capture your imagination from the moment you arrive. Lego pits and pirate ships invite kids in. There’s a giant whoopee cushion on the floor and disco dancing in the elevator. The themed rooms are absolutely adorable and make kids feel oh-so-special. Luke was enamored with the treasure chest and felt like a king surrounded by his bounty.

Legoland California is big and beautiful. The sprawling, expansive park is reminiscent of a botanic garden, with roller coasters, model cities, building areas and boats to boot. I actually had to pull Luke away from the Build-A-Boat water play area or he probably would have stayed there all day.

SeaWorld San Diego was the last stop on our CityPASS circuit. Luke was tickled silly by the fish that nibbled his skin. We were impressed by SeaWorld’s rescue efforts and enchanted by our playful interaction at the Dolphin Encounter. I got to hold a dolphin’s flippers and dance, while Luke directed him to make farting noises on command. The contagious giggles and missing tooth grin I captured on camera are beyond priceless.

Eventually our trip had to come to an end. The silent, bittersweet tears Luke cried the entire ride to the airport signified how special the trip had been. He made new friends, stretched his imagination—and his limits—and won many bragging rights.