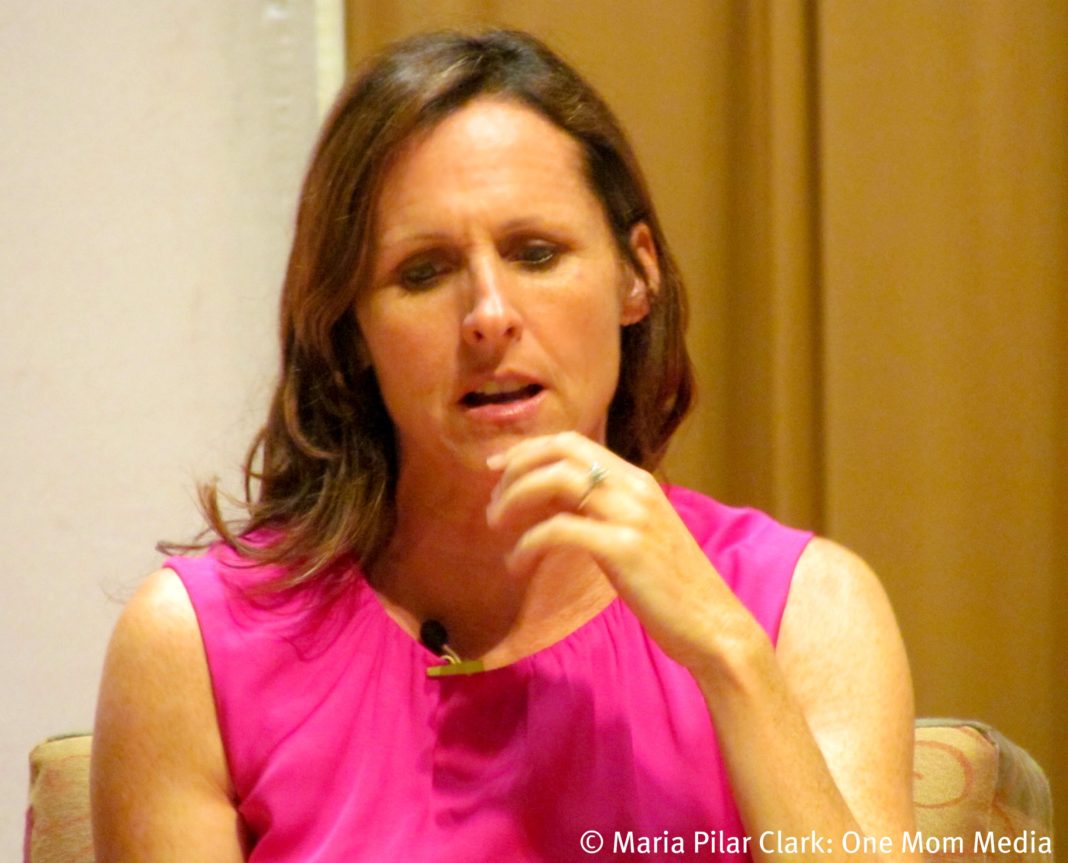 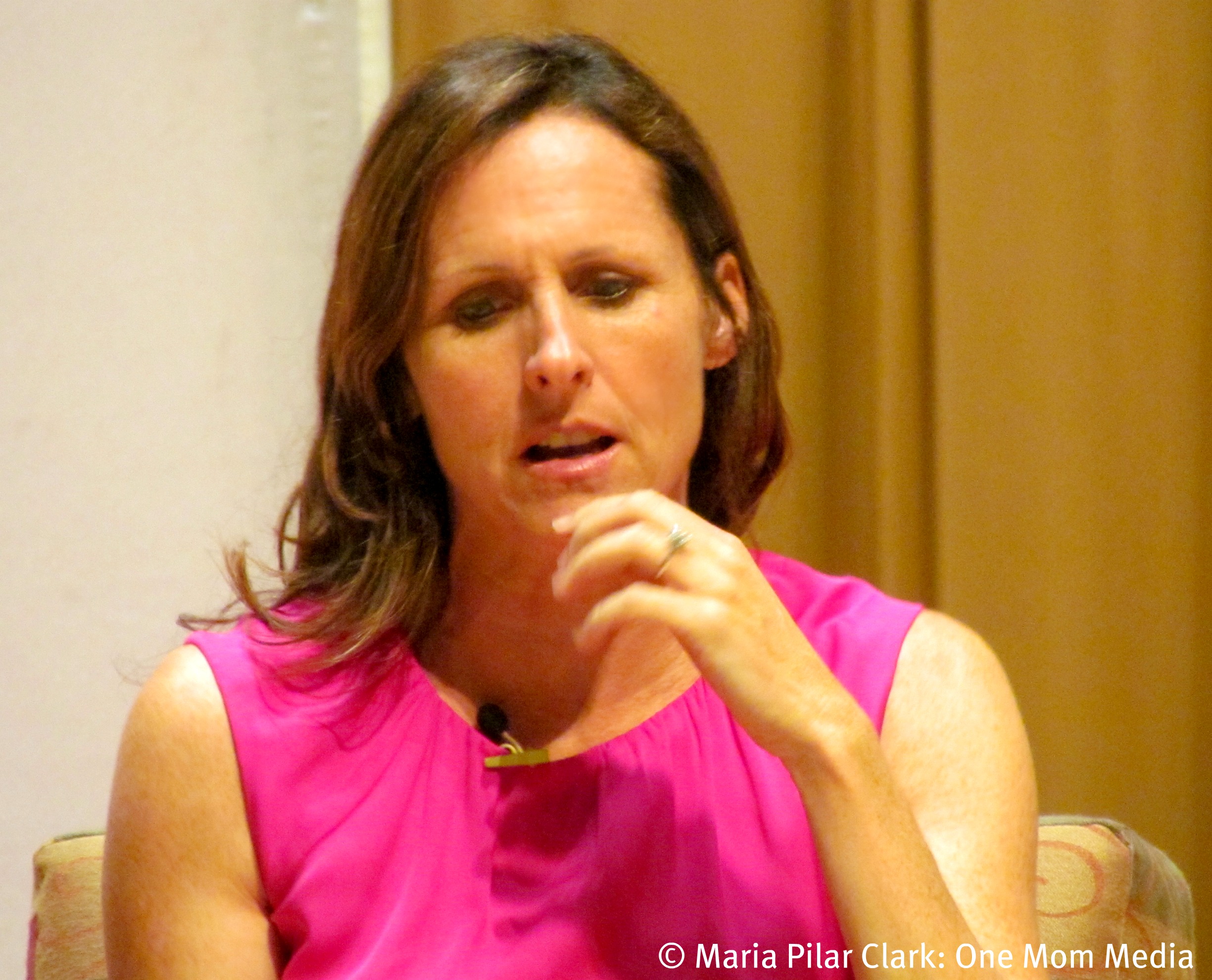 During an Anderson’s Bookshop-hosted reading at Wentz Concert Hall in Naperville, Shannon introduced the audience to her mischievous title character, a little girl who loves playing tricks – think leaking cups and toothpaste-flavored cookies.

Tilly has a trick for everyone: her mom, dad, brother, classmates, and even her teacher. But when the tables are turned and her family does some scheming of its own, will Tilly decide to change her trickster ways?

Lively illustraions by Ard Hoyt give the story sparkle. Says Molly, “I wanted the story to be fun and easy to read for the parent; I wrote it in a way that I thought would be fun to perform aloud.”

A candid Q+A session with Molly followed, and not only were audience members treated to her infectious smile and a few of her best known impressions – “Superstar!” – but they also learned a few things: her favorite word is “rascal,” she was in a car accident as a child that killed her mother, three-year-old sister and 25-year-old cousin, and that she’s incredibly grateful to be a mother of two equally hilarious children.

“I can’t believe I have children and I get to be a mother – that alone is deeply fulfilling for me,” she said.

Whether you want to go back to work, go part-time or want more flexibility, now is the time to take advantage of the changing workforce.
Read more
At Home

Want to be the coolest parent out of all your child’s friends and throw the best birthday party? We’ve got you covered.
Read more
Guides