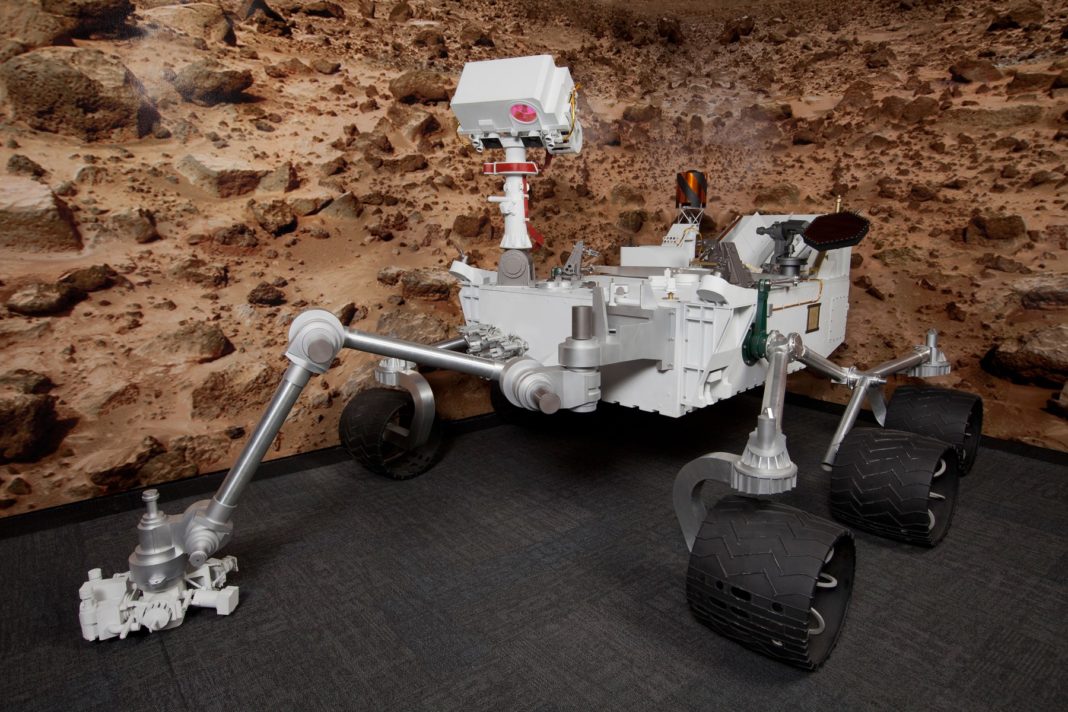 Did Martians ever really exist? Though they are unlikely to find any little green men, scientists hope to uncover the secrets of the mysterious red planet – Mars – when the Curiosity Rover lands there early Sunday morning.

Kids can fuel their own curiosity about the planet at the Museum of Science of Industry, which has landed a NASA-owned, full-scale model of the Curiosity Rover, named Dusty. MSI is only one of two places in the U.S. chosen to host the model during the landing.

The 7-foot-tall, six-wheeled replica, located in the MSI’s lower court east gallery, shows off the cutting-edge tools researchers on the ground will use to answer the age-old question about life on Mars.

MSI officials say the exhibit includes videos that show the precision engineering and luck it takes to land a rover as well as rock and mineral samples similar to what may be found on Mars.

The temporary exhibit is open until Sept. 30 and is included in the museum’s general admission.

Get to know Chicago's Pullman Historic District with these places to eat, play, explore and shop.
Read more
At Home

Help your little one grow into a confident young adult with these fun activities.
Read more
Advice

From trendy DIY activities like rug tufting to ceramics and pottery, these spots will keep the kids busy and creative.
Read more