How to do a financial makeover 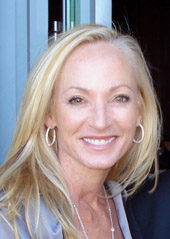 Julie Medina could be the poster child for the recession’s impact on families.

Family: Julie and Jose Medina, with sons Carlos, 4, and Benicio, 8 months, of Romeoville

When we don’t know what to do, we tend to do nothing. The key is
taking action, and it will make you feel better. This will put you
in control.

Visit Prosperity4kids.com and sign up for the free
newsletter and happy kids.

Back in 2008, she and her husband, Jose, were financially stable, with enough for some little extras each month, when both of them were laid off within months of each other. They had a new baby, Carlos, and it wasn’t long before they lost their home and found themselves dependent on family for a roof over their heads.

Fast-forward three years and Jose now has a decent-paying job as a Web developer at DePaul University in Chicago while Julie is a stay-at-home mom. And, although his monthly salary sounds like enough to support his family, including the new baby, Benicio, the reality is that the money runs out long before all the bills are paid.

Their lengthy unemployment saddled them with credit card debt, medical bills (both parents are uninsured) and loans from their families.

So when Julie saw Chicago Parent was running a contest to win a financial makeover from financial guru Lori Mackey (right), she had to enter.

“We really prayed, right before we won this contest, for another chance,” Julie says. “We don’t want this for our kids. It breaks my heart when my son wants to go see a movie and we can’t. So we’re doing this for each other, but also for the kids. We don’t want them to live like this.” She was determined to get back on track financially.

The first thing Mackey did was ask Julie and Jose to list every dollar spent and match it to revenue coming in. “One of the biggest breakthroughs is to know exactly where they’re at financially,” Mackey says.

When Julie listed out their finances, they found each month they had $3,848 coming in and $4,022 going out. “There was almost $200 they were floating,” Mackey pointed out. “First things first: we have to balance this out. And that’s the scariest part for most people, because most people do have more going out than coming in.”

Mackey checked each item on the Medinas’ list. Things such as rent and car payments would have to stay as is, so they would focus on things that could be changed. First up? Ditch the cable.

Julie, who wasn’t ready to completely get rid of cable, brought it down from the $60 package to $10. Mackey also told them to unplug everything each morning, and then only plug in what they use to bring down the electric bill.

Next up: All the stuff sitting in a storage unit that cost $129 each month. Julie posted some on Facebook and sold $200 of office furniture immediately. They held a garage sale and posted items on Craigslist to sell the rest. She also took some of the children and baby items to a resale consignment store. By eliminating the fee for the storage unit and lowering the cable bill, they brought their monthly expenses into line with their revenue.

Mackey advised them to take the money they made selling the storage unit items and open an ING checking account. “ING is an online account. If you open it and do three transactions within the first 30 days, you will get $50,” Mackey says. “I love ING. … They’re all about teaching financial literacy. They have an orange savings account where you can earn 1 percent. … ING also gives you the ability to track your savings.”

Once Julie and Jose brought their expenses and revenue into line, Mackey told them it was time to start bringing in more income to pay off some of the debt, starting with the smallest debts first.

Julie started selling Avon. She also is taking tax classes so she can start doing other people’s taxes. Little by little each month, they began paying off debts, starting with the credit cards with the lowest balances.

Several months after starting the financial makeover, Julie knows they have a long way to go, but she’s seeing success. “I’ve paid off some store credit cards. … Now I’m up-to-date with accounts, so I’m paying the real balance, not late fees.”

And their new ways of being fiscally conservative have become part of their life.

“I’ve been doing little things like pulling out the cords and stuff like that, and my Nicor and ComEd bills are a lot lower than I’ve seen in a while, and they don’t have late fees attached to them,” Julie says. “And my husband is more careful now. If he’s at work and wants something, he’ll actually call first and ask if it’s in the budget, or he’ll check the account. He’s the one saying now, ‘If we have extra, let’s just save it in case.'”