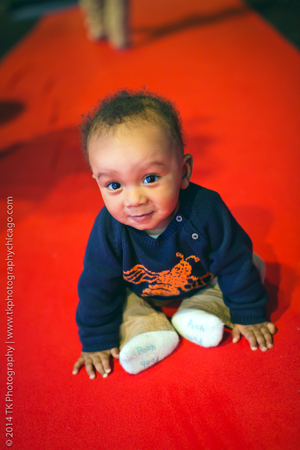 Immediately after giving birth, Lauren Bedford’s baby was placed on her belly in the hospital delivery room.

The X and Y factors

“I’m not so sure,” Bedford’s midwife countered.

Her infant was born with a disorder of sex development, formerly called intersex. The baby’s genitals were ambiguous, not offering a clear-cut determination of its gender.

Doctors were unsure if the baby was a boy or girl. Tests were needed. Bedford* was dumbfounded.

“The doctor at the neonatal intensive care unit made it very clear to me, this is serious,” Bedford recalls. “I didn’t know what to think. I didn’t know there was even such a thing as ambiguous genitals.”

Imagine giving birth to a baby, yet not knowing if it was a boy or girl and not being able to even name the child. Such disorders of sexual development, affecting up to 1 in 4,500 babies, are often social emergencies more than medical emergencies.

After waiting months to eagerly learn the sex of a child at birth, parents feel blindsided when their doctor tells them, “Sorry, but I don’t know.”

All of sudden, their expectations crash to a standstill. You don’t know?

Bedford’s midwife boldly asked about the baby elephant in the delivery room: Is the infant a hermaphrodite (an outdated term with a freakish stereotype)?

“My husband and I almost went into shock,” Bedford says with a sigh.

What would they tell their family? Their friends? Which clothes should be bought? Pink or blue bedroom? What about their child’s future? Such an ambiguous diagnosis gave birth to countless questions.

“I felt totally lost, scared and isolated,” Bedford says. “It was horrible.”

“I avoided my friends, my neighbors and even our extended family because I knew their first question: What did you have?” Bedford says. “I felt so embarrassed. And then I felt guilty for being embarrassed.”

Finally, five days after the baby’s birth, doctors made a determination.

“My husband and I just melted into each other’s arms, crying,” Bedford says.

“It’s never been normal,” says Bedford, a Chicago area mother. “But once you hear the medical reasons behind this condition, it’s not such a weird freaky thing.”

This is a common refrain from parents who arrive at Ann& Robert H. Lurie Children’s Hospital of Chicago, which now operates a Gender and Sex Development Program. It offers a diverse team of specialists, including general pediatrics, adolescent medicine, endocrinology, urology, surgery, psychiatry and psychology. Opening in 2013, the program now treats more than 75 patients, from newborns to those in their 20s.

“This is an extremely sensitive and stigmatized condition,” says Dr. Earl Cheng, the program’s co-director. “Many of our patients don’t fit into a certain category. They are their own category.”

In the past, sex reassignment surgery was done at a very early age to “fix” abnormal genitalia. Was it a large clitoris or a small penis? Doctors felt confident that surgery and lifelong secrecy were the best treatments. Their word was gospel. End of discussion, if a discussion took place at all.

“We eventually learned that this philosophy is wrong,” says Cheng, whose staff gives families factual explanations of sexual development before making a diagnosis. “We try to involve the family as much as possible and as much as they want to be involved.”

The multi-disciplinary staff is careful to use neutral terms like “your baby,” rather than “it,” while showing photos and diagrams as educational tools.

“They’re all looking for similar answers—is their newborn a boy or a girl,” Cheng says.

The condition’s terminology also has been adjusted to avoid inappropriate, incomplete or inaccurate information, as well as unneeded shame or embarrassment for families.

Cheng compares this condition and its related issues with the stigma of homosexuality from decades ago. It’s only slowly coming out of its own societal closet.

Dr. Courtney Finlayson, the program’s endocrinologist, evaluates a patient’s sex development, both internal and external structures, to assess whether their hormone system is functioning correctly.

“Patients require ongoing assessment as infancy, childhood and adolescence have different physiologic hormone production and often need to be assessed in each of those periods,” she says.

Hormone replacement therapies are ordered, whether it’s estrogen, testosterone or life-sustaining adrenal hormones. Beyond the physiological aspects of her role, the psychological aspects are just as crucial.

“We find that those who attend our program find a sense of relief in discovering there are many children and families like them,” she says. “And also that the condition is not as rare as they might have thought.”

“Since our program opened, I have watched numerous families enter with great anxiety, but leave with a new sense of reassurance and calm.”

The ultimate goal is to determine the correct diagnosis while helping each family choose the proper gender for child rearing. In other words, they hope that the gender assigned to the child is ultimately the way the child identifies in life.

It can be tricky.

She may have another surgery as puberty emerges but, at this age, she is simply another second-grader who understands she has a “medical condition.” She doesn’t know about her once-ambiguous genitals.

In a telling twist, when her daughter was finally diagnosed with a cause for her condition—congenital adrenal hyperplasia, or CAH—Bedford discovered that her sister-in-law also was born with CAH. But no one in her family was told until Bedford revealed her daughter’s surprise diagnosis.

The stigma kept it a family secret for decades.

* Lauren Bedford asked to use a pseudonym for this story to protect her daughter’s privacy.

Chicago Parent Staff -
Check out these farmers markets that make sure families have a fun time.
Read more
You

What’s in Your Diaper Bag?

Five Instagram moms gave us an inside look at the top can't-forget items that they keep in their diaper bags.
Read more
Advice

A dad shares when he started believing his child and how it might work for you, too.
Read more