My Life | The Lonely Dad Tango 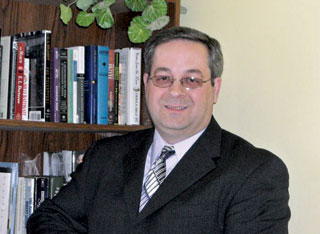 I’ve seen my future. It seems I’ll be dancing alone.

At least, I won’t be boogying any large part of the night away with either of my daughters, if a recent Daddy-Daughter soiree was any indication of what tomorrow holds.

And I’ll be honest. It breaks my heart.

The father of two Brownies, I have attended two Girl Scout Daddy-Daughter dances now. The first, last year, my eldest, Emma was my date. This year I briefly double dated with both Emma and my youngest, Olivia.

Always the tomboyish trooper, Olivia insisted on getting dolled up and going to the dance although she wasn’t feeling well. But I eventually had to bring her home. So in all fairness, who knows? She may end up being my party partner for a long time.

But Emma, now two months shy of 9, is in full pre-teen posse mode. When I returned after taking Olivia home, Emma led me through the red and pink crepe paper streamers raining down over the entrance, a true vision in her formal finest.

We entered during a fast song. So it was a matter of seconds before I was standing on the dance floor alone, awkwardly trying to bop to the beat of some boy band’s electronically bolstered attempt at music. Meanwhile, my baby, my angel, my first proof of God, ran into a pack of similarly coifed, equally squealing little girls.

I followed her into this ring of preteen beauties. Not wanting to look too desperate, but hoping that she’d remember that she had not driven there by herself, I took her hand and smiled.

Always the conscientious social butterfly, Emma quickly introduced me around. And then promptly turned away again to dance in a circle with her friends. I hit the pizza and pop, found a seat at a lunchroom table and caught the eyes of several other dads also paddling one handed in my boat.

Now, this is not to say that my daughter completely abandoned me. She is too considerate for that.

Whenever there was a slow dance or a novelty song, or she needed her shoe adjusted, or wanted some food or drink, I was her man. And I guess, for the time being that will have to suffice.

But in between the DJ’s strategic placement of “Daddy’s Little Girl,” “Butterfly Kisses,” “The Hokey Pokey” and “The Chicken Dance,” I pretty much stood by the wayside watching my child grow up before my eyes.

I remembered when she was so tiny I could hold her in one hand. Now I nearly get a hernia every time I try to carry her to bed.

She was dressed like a young woman and yet I couldn’t get past memories of a baby’s wispy curls.

A toddler in love with water, splashing madly in and out of her wading pool. A 5-year-old mastering the secrets of two-wheeled bicycling on the first try-dashing my plans to spend all day running up and down the street, but filling me with pride in her accomplishment.

And now, she was screaming over Aaron Carter, a boy band member’s younger brother who is smart enough to tap into the under-12 crowd with bubble gum music so sweet it gives me a Krispy Kreme sugar buzz just listening to it.

Of course, my argument that Aaron is ripping off dozens of artists before him, can’t sing and will fade like the leaves in autumn when his voice changes, means nothing to Emma. All she knows is that he’s “cute.”

And as she and her cronies ran around the dance floor holding hands, giggling and sharing secrets about Lord knows what, I wondered, “What does she mean by ‘cute’?”

But I knew that, no matter her definition, she had started down the path toward dates and Friday nights, trips to the mall and makeup.

And away from me.

Seeing the future — theirs and mine — I want to know my daughters will find someone who will respect and appreciate them as much as they deserve, and as I try to.

But it’s impossible. No one can love and care for and protect them like I can. Still, I know I can’t hold their hands forever. And it kills me.

I want to show them around life’s dance floor. But nature is starting to cut in.

Tom Hernandez is a dad of two living in Plainfield. He recently published a book, Chocolate Cows and Purple Cheese and other tales from the homefront.