Lice remover of the future invented by Evanston students 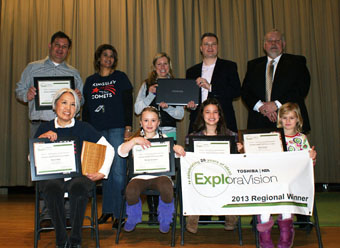 First-grader Maggie Huerta has seen too many friends dealing with the yuckiness of lice. So when it came time to invent something for this year’s Toshiba/National Science Teachers Association ExploraVision program, she and two fellow students at Kingsley Elementary School in Evanston decided to focus on ridding kids of those nasty bugs.

Along with fellow first-graders Mackenzie Greco and Nina Kaiser, the three drew a design for the Lice-A-Nator, a futuristic rendering of a computerized hairbrush that uses special bristles and processors that not only detect the presence of the creepy crawlers, but also kills them with tiny on-board lasers.

For their efforts, the three were winners in the competition that featured more than 5,000 entries from Midwest and Canadian schools.

And, while their invention won’t really be created, that hasn’t stopped the young inventors from thinking up more ideas for the future. Maggie would like to design “a tennis racquet that could hold extra balls in the handle. The balls would be special and collapse,” she says. Although she also admits she doesn’t really want to be an inventor, she wants to be a singer.

Nina has an idea for “a jet pack, because then I could fly and it sounds fun to fly with just something on your back.”

The whole point of the project isn’t necessarily to create inventors, but to teach kids to use their imagination and work as a team.

“I’ve been doing ExploraVision with students through the years because I think this kind of project-based learning is great for children,” says Coach Karen Reid. “It teaches teamwork, science, innovation and creativity. We need children to think how to solve problems and make life better through science.” 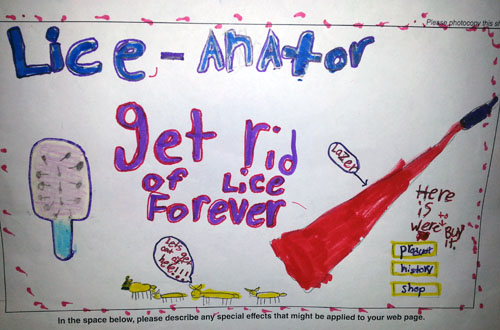