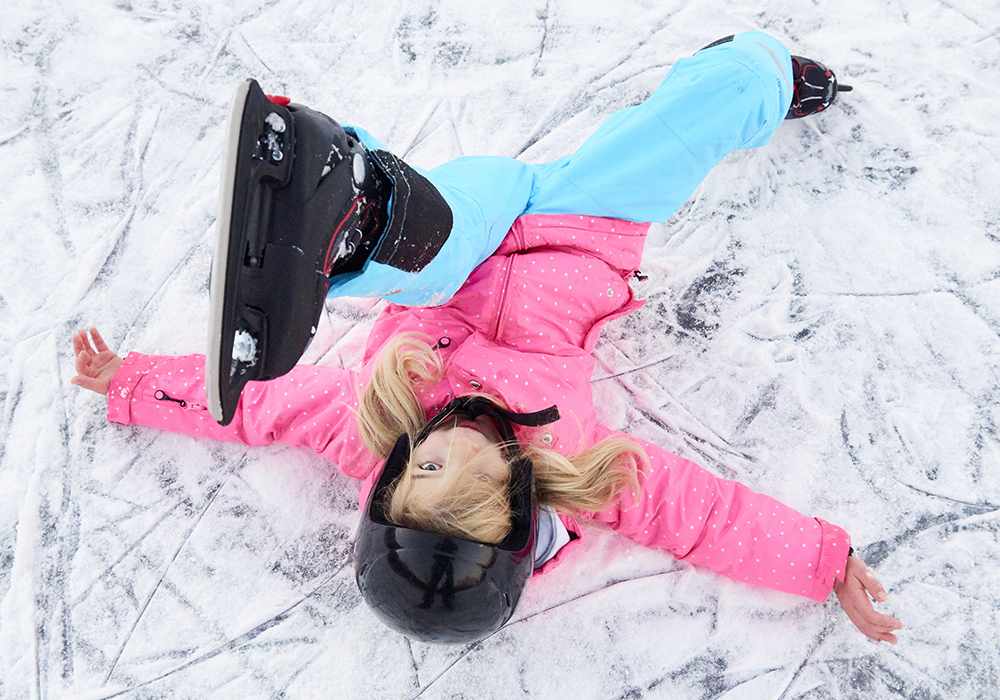 Julianne Neely knows that her daughter’s shirt is on backwards, but she’s not concerned and not about to correct her. Her daughter dressed herself and the look of joy on her face when she finally got her shirt on, after several failed attempts, was priceless.

“It’s huge for a child’s self-esteem to fail at first and then ultimately be successful, because they know that they overcame some challenges and did it all themselves,” says Neely, a Chicago mom who is also the executive director at Individual and Family Connection, a pediatric therapy practice.

It may not be a typical New Year’s resolution, but resolving not to rescue your kids as often and to let them stumble and fail in 2018 may be the best possible thing you could do for them in the long run.

Neely notes that letting kids fail can be particularly challenging for Chicago parents, who often worry about the high school admission process when kids are still small. They are concerned about the impact failure may have when applying to schools, especially in middle school.

That’s all the more reason to let kids fail when they’re young.

“The earlier you can let kids fail, the less the consequences are and the greater the benefits you’ll see,” Neely says. That’s good advice anywhere, she adds, because as kids get older, the stakes get higher.

Allowing kids to fail also acknowledges that they are human. After all, they’ll be making mistakes for a lifetime, and knowing that they can work hard to overcome setbacks will take them far.

When kids are allowed to fail, they have to face the consequences of their actions (or lack thereof), not blame others, and figure out how to adapt, explains Jessica Lahey, teacher, mom and author, in her book The Gift of Failure: How the Best Parents Learn to Let Go So Their Children Can Succeed.

Research shows that struggling also helps them see mistakes as an opportunity to learn and to develop problem-solving and coping skills.

Lahey says kids who have been overly protected from failure are less likely to be motivated to learn and less capable of doing so.

Parents expect children to fall when they’re learning to walk or ride a bike, and that mindset should apply to other activities, too, says Annmarie Chereso, founder of BringIt! Home, which offers programs on mindfulness and conscious leadership skills for parents and teachers.

“It’s not realistic to expect kids not to fall. We don’t grow without failure,” she says.

Through failing, kids also learn when and how to ask for help, a key life skill.

“As parents, we may think we’re being helpful, but every time we rescue them, a lesson is lost,” Lahey adds.

Neely agrees, saying that she hears parents complain that their kids don’t take responsibility for their actions, but the same parents are known to consistently rescue their kids from failure.

Another added benefit: experience is an excellent teacher. That’s quickly evident when a child leaves the house without a coat on a cold morning. “Not only do children learn by doing (or with a coat, not doing), they’re more likely to remember. Even better, it avoids a control battle between parent and child,” Neely says.

Fear is the number one reason that we don’t let our kids fail, according to Chereso.

Parents worry that their child’s struggles reflect poorly on their parenting ability.

“Before we became parents, we were used to getting performance reviews and feedback on our work. We miss that and look to our kids to be that feedback, but that’s so unfair. They are not extensions of us,” Lahey says.

Chereso reminds parents that there is no parent playbook detailing the exact right or wrong way to deal with every situation. Those who may judge have no idea what’s best for your child. Neely’s advice: “Just tune it out.”

Parents may worry that teachers will think they are slackers if their kids don’t always do well, but Lahey says odds are good that the teacher will not only understand, but also will be very supportive.

“If we are more worried about what other people think than our kids’ abilities to make it in the world, we need to think about our priorities,” says Lahey.

How parents can help their kids

1. Normalize and even celebrate failure.

When talking about your day, ask kids to name both what they’re grateful for and something they failed at. Spanx CEO Sara Blakely says that her father asking her daily what she had failed at reframed her view of failure, which was integral to her success.

2. Discuss your own failures and be a model for them.

Discussing at dinner how you accidentally hit “reply all” or telling them how you made an error or took a risk not only normalizes imperfection, but it also gives you an opportunity to talk as a family about how to learn from it and make it right, if you can.

Some parents are focused on appearing perfect for their kids, but Lahey has a newsflash: “Our kids already know without a doubt that we are not perfect.”

3. Make peace with frustration and disappointment.

Neely acknowledges that it’s hard to hear her kids struggle. She notes that the huffing and puffing that comes from her frustrated kids is how many adults react when they are facing tough challenge. “It’s normal!” she says.

But kids won’t know how to handle sadness or disappointment if they never experience them. It’s also completely OK for parents to feel sad and disappointed when their child fails.

Chereso encourages parents to be authentic with their kids. “It’s good to allow ourselves to feel our feelings and be in it together, even holding the sadness together. Those moments can be important building blocks of connection,” she says.

4. Remind your kids that you’re always in their corner.

Supporting kids when they make mistakes is hugely important. Make it clear you believe in your child and love them, no matter what.

“We are not there to do it for them, but we can be there to nudge them back on their feet when they wobble or fall,” Lahey says.

While certainly challenging in the moment, the emotions that come with failure typically don’t last as long as a parent fears they might. They can also be opportunities for your child to discover new passions or purpose, or to gain invaluable insight.

Chereso says her son’s academic struggles had many upsides. “In addition to how to study better, he learned so much about himself, like what his strengths and weaknesses are, and what’s important to him. He’s grown into a cool kid,” she says.

6. Know when and how to step in

When there’s a safety issue at hand, parents should absolutely get involved–and quickly, if need be. But if it’s not a safety issue, Neely suggests parents wait for kids to ask for their help before jumping in.