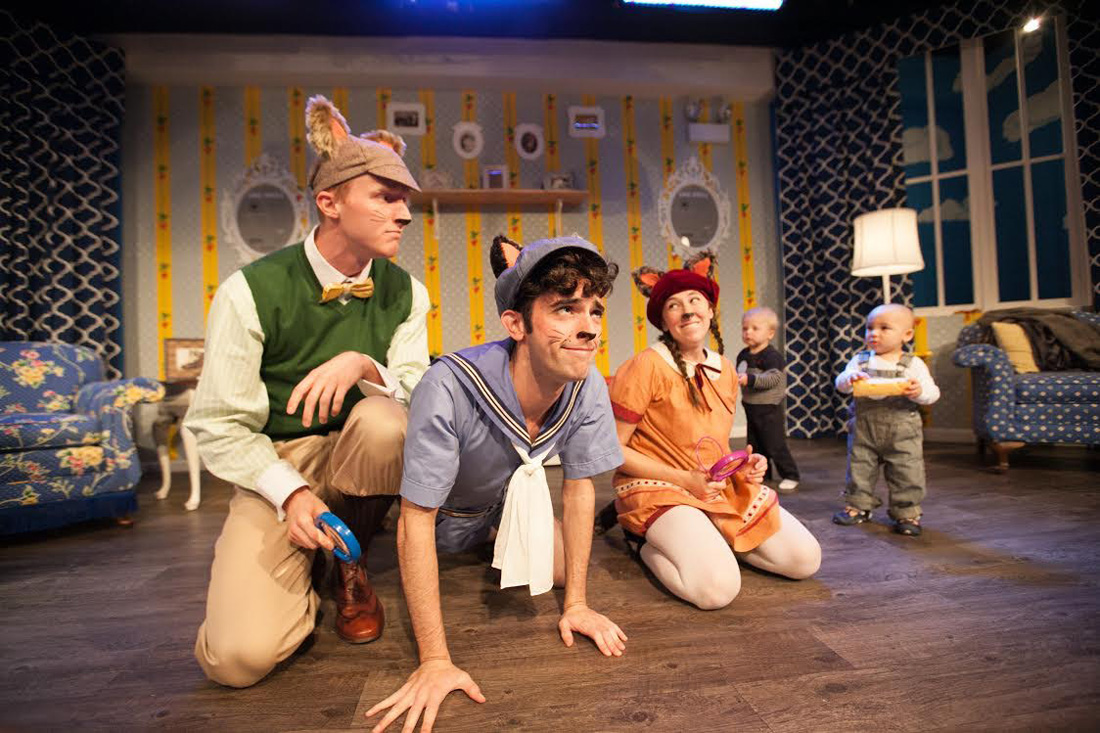 I’m a fan of mysteries in all forms. I love dusty Victorian ones on PBS, modern thrillers with air conditioned stadium seating and–my new favorite–ones where I can take my tiniest theatergoers while perching cozily (and sock-free!) on floor cushions.

That last category has a great new show to join its ranks; the adorable whodunit at Emerald City Theatre’s Little Theatre concerning three little kittens, three lost mittens, and … well, I don’t want to give too much away.

Created and directed by Artistic Director Ernie Nolan, “Three Little Kittens” stars Pippa, Patches and Pinwheel (known in their human paws as Hannah Dawe, Tyler Esselman and Will Wilhelm, respectively), and follows the trio as they follow the lost mitten trail. Kits containing “tools” pertaining to the story are handed out to each kiddo, letting everyone get in on the deerstalker hat action. All three actors are engaging, not to mention incredibly patient, during this sweet show. Tightly contained at 45 minutes, it’s a fun story, with plenty of opportunities to move, call out answers and be pleasantly surprised by the arrival of puppet pals. (Even my 21 month-old was sitting at rapt attention and, for those of you who know a toddler boy, that’s a unicorn of a scenario right there.)

These “Play With Me” offerings geared towards the 0-5 set are always marvelous, and not just because they take place in such a permissive environment. Right off the bat, Emerald City treats your youngest family members like actual theater patrons with (gentle) lights, sounds and a tenuous fourth wall. Brilliant, if you consider that these toddlers will most likely grow up to see copious amounts of live theatre (and know how to behave accordingly).

But for now, revel in the knowledge that your little one is immersed in the arts. And smile–because as your child is enthralled in the action, you’re most likely being charmed, too.