Why can’t I get my kid to smile for a picture? 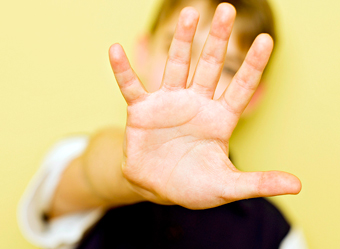 I was going through pictures of my son the other day, meaning I was thumb scrolling on my cell phone through a near infinite collection of perfect portraits of his hands.

He hates getting his picture taken. I have exactly seven blurry snapshots of his face: one is half obscured by his Sasquat-chian paw, and the rest are tiny portraits dominated by the inside of his mouth, the cover of a book, his shirt pulled over his nose and a single unadulterated head shot in which it is painfully obvious he’s farting.

My only hope has been Picture Day. And as I am a diligently organized parent with a smart phone, a computer, a notebook, a day-timer and a watch, I never know it’s Picture Day until Sasquatch is getting out of the car whereupon he will lean in, as if to say something sweet.

Imagine: framed in the window with the sun behind him like a halo, his “Legalize It” T-shirt hanging in a stained, pouchy slouch, a tiny smear of grape jelly trailing off toward his ear and his unruly Aboriginal dome, and he says: “Oh yeah, it’s Picture Day.”

Merde! Fantastic. I will add this new abomination to the growing aggregation of legendary school portraits wherein Junior appears …

I could scrapbook a 3-inch brick of Disney pictures of our family smiling with the radiant intensity of an Osmond wedding and in each of them will be a perfect picture of Connor’s hand where his head should be. He has perfected the spontaneous photo bomb. My only clear picture of his face shows him slumped face first into the couch, his nose bent sideways in a puddle of drool (I assume), with the dog Frenching his ear.

I can only hope, as he enters high school, he will start combing his hair and washing his face the morning of Picture Day after discovering girls might want a picture of his actual face. I mean, he’s a good-looking kid. I think. I don’t know; all I see is hair.

Until that time, like every other parent of a teen boy, I lurk in the living room until I hear snoring, tip toe into his room, peel back his hideous mop, gaze into his face and think to myself: yes, that’s him, thank God.

Chicago Parent Staff -
Have a spooktacular time with your family thanks to these local events.
Read more
Advice