Katniss-inspired kids? We have a few ideas to help 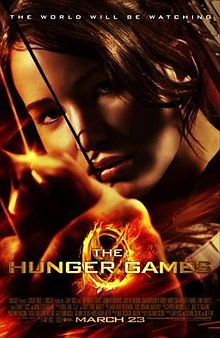 Young fans flocked to see the new Hunger Games movie, imagining themselves with bow and arrow in hand navigating the Capitol.

Interested in lessons and programs for kids, families and adults? Here are a few spots to check out:

According to the National Sporting Goods Association, archery is on the rise, with 8.3 million participants nationwide in 2013. So what’s prompting kids?

“I watch a lot of movies like The Hunger Games and I wanted to try it,” says Emma Potocki, 11, of Lake Zurich.

After a few lessons at Cabela’s in Hoffman Estates and a summer camp with Casey Fuller, owner of Chicago Archery Academy in Elmhurst, Emma says she’s hooked.

“It just makes me feel happy,” she says about letting the arrow soar. “Even if you miss the center of it, it still makes you feel happy because you hit the target.”

A lot of people passionate about this niche sport, many of whom are certified instructors and owners of ranges and shops around town, are thrilled to see its popularity growing among kids and adults.

Terry Pryor, certified instructor and owner of Archery Custom Shop in Forest Park, says he has seen many more kids in his shop in recent years. “It’s a good thing. It’s the future of the sport.”

Bill Munson, president of the Lincoln Park Archery Club and owner of Humbolt Park’s indoor shooting range Archery Bow Range Chicago, is one of the top 100 archers in the country.

Munson’s tips for getting started:

“Get familiar with the equipment. Don’t buy a bow the first day. A bow is a big investment.” An instructor can help guide your purchase, he says.

A good age to start? “Eight is kind of the understood minimum age. With a lot of help from parents, they can do it younger.”

“One thing that people find is that it doesn’t matter how big or small the kids are,” Munson says. “It’s more about concentration and focus and execution. Different sizes can compete equally,” he says.

And you will get there. “Everybody remembers their first bull’s-eye,” says Munson.

Alec Kaplan, 15, who lives in Chicago’s Hyde Park neighborhood, has practiced archery on and off since a sleepaway camp when he was 9. He practices with Munson at Archery Bow Range Chicago.

Alec agrees with Emma: “It can be frustrating at some points, but it’s really satisfying watching the arrow hit the target.”

Alec, who also plays tennis, says archery is a sport that’s all about you. “You are not competing against other people. Your main competitor is yourself.”

Alec appreciates that archery can be peaceful, too. “It’s much more relaxing than other sports,” he says.

You can compete in archery in regional and national tournaments. Or you can just practice to better your form and technique for the love of the game.

Happiness. Satisfaction. Peace. These qualities also have attracted whole families to the sport.

Brent Kiger of Plainfield, who has 8-year-old twin daughters and a 13-year-old son, says he and his wife Shannan truly enjoy “the challenge” of archery when they practice every Saturday with Chicagoland Junior Olympic Archery Development at a range in Mooseheart.

A big draw for the Kigers: “This is what we do all together,” Shannan says.

But are kids and arrows really a good mix?

“Archery is a safe sport if kids are first taught how to shoot safely by certified instructors,” Kathy Miller, director of Chicagoland JOAD, wrote in an email.

According to the most recent data from the National Safety Council, very few kids get injured in archery. It is among the lowest, if not the lowest, injury sport in all age groups.

“I’ve been shooting for over 20 years, and I have yet to see any injuries in archery,” says Munson.

Add archery to the list of fun winter sports because you start inside, Munson says.

When the weather warms up again (and it will!), Nadler suggests trying out his club’s unique outdoor space, a “dedicated 100-meter outside range.” People can shoot sunrise to sunset on the lake at Belmont Harbor in Lincoln Park.

“Something l learned about archery is that it takes a lot of time to get better at it,” says Emma, who had been practicing in her basement the day she was interviewed. “And you need a lot of patience to just work on everything.”

Chicago Parent Staff -
Here are some ideas to celebrate the Festival of Lights.
Read more
Guides