What to do when your insurance claim is denied: Chicago experts weigh in 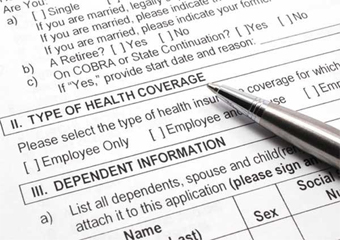 When a child becomes ill or gets diagnosed with a life-threatening disease, the last thing parents want to deal with is denied insurance claims.

“What’s most frustrating is that they have to worry about money when they are dealing with a serious illness. It just makes them feel like they can’t do everything for their child,” says Erin Schwass, a licensed social worker in the pediatric oncology department of Comer Children’s Hospital in Chicago.

In many cases, insurance claim denials can be successfully appealed and overturned. In states studied, 39 to 59 percent of denied claims were overturned, according to a March 2011 report by the U.S. Government Accountability Office.

But there are some do’s and don’ts when it comes to fighting for the care your child needs.

Why claims get denied

Before you hit the panic button, realize that technical issues often trigger a claim denial. In fact, one in five medical claims is processed inaccurately by insurers, according to the 2010 National Health Insurer Report Card by the American Medical Association. Billing errors, duplicate claims or missing information on a claim frequently led to claim denials, the GAO report found.

“That’s why it’s really important to look at the reason for the denial. It’s not always something that requires an appeal. Sometimes it’s just a matter of reprocessing the claim,” says Erin Moaratty, chief of external communications for the Patient Advocate Foundation, a Newport News, Va.-based nonprofit that provides access-to-care services free to patients with chronic, life-threatening or debilitating diseases. Last year, PAF overturned 99 percent of denied claims it appealed.

Once you know the reason for denial-under the Employment Retirement and Income Security Act, insurers must submit a letter explaining the specific reason for denial and what your rights are under appeal-read your health insurance contract carefully.

The AMA report cited lack of eligibility as the most common reason for claim denial. “A lot of what we see has a tendency to be right in the contract language itself,” Moaratty says. “The first level of appeal is often viewed based on the contract.”

Your rights in Illinois

The federal Patient Protection and Affordable Care Act requires all individual and group health plans, including self-insured plans, to provide an appeals process. Under the Health Carrier External Review Act, which took effect on July 1, 2010, all Illinois residents with health insurance have the right to an external, independent review of denied health insurance claims. For cases that require immediate insurance approval, such as a child facing cancer treatment, Illinois law allows for an expedited review process, with decisions required within 72 hours.

Illinois is also one of 27 states and the District of Columbia that mandate coverage for cancer research trials.

Tackle it in time

Don’t ignore the denial or make the mistake of thinking you can deal with it later. Insurance plans will outline how long you have to file an appeal.

“You don’t want an opportunity where you could’ve overturned it but didn’t file in time,” warns Moaratty.

To avoid wasting time and to limit frustration, Schwass always advises families to ask their insurance carrier to appoint a case manager to their claim.

“Then they have a point person within the insurance company, so every time they call they don’t have to go through some random person on the phone,” she says.

Put everything in writing

Always put any formal appeal in writing. “If you do it in writing, you have a tracking mechanism,” says Moaratty. But stick to the facts of why the claim is being denied. “The emotional aspect is not what’s going to win the appeal,” says Moaratty.

Whenever you can, include letters from your attending physician, with evidence supporting the need for certain treatments, tests or medications.

“Any peer-to-peer opportunities that could exist between the treating doctor and the medical director of the insurance carrier is a very effective way to appeal,” says Moaratty.

For instance, to help patients stay on insulin monitors and pumps that have been working well for them, Dr. Rosemary Briars, co-program director of the Chicago Children’s Diabetes Center at La Rabida Children’s Hospital, and her team often intervene. “We have to write a letter describing the medical necessity and the risk the patient is at if they have to do without,” she says.

Don’t go it alone if you don’t have to, says Moaratty. “If parents are dealing with a child who is very ill, it may be helpful to have an advocate because they can keep an organized fashion.”

When you get a claim denial, seek outside assistance immediately, advises Schwass, who has helped hundreds of families navigate the insurance maze at her 10 years at Comer’s.

“Parents don’t have to be alone in dealing with this,” she says. “Nobody expects them to know every resource, that’s why there’s social workers and case managers and people who can help.”

Chicago Parent Staff -
Here are some ideas to celebrate the Festival of Lights.
Read more
Outdoors