Chicago mom: Instagram is great for grown ups, not kids 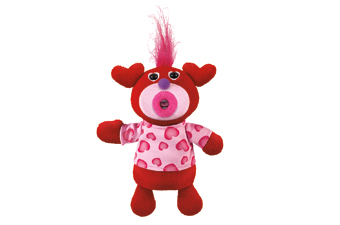 Nothing, if you’re like me with lots of fine, upstanding and mature friends. And by mature, I don’t mean old. I just mean responsible, inoffensive adults.

Instagram, like pretty much anything on the Internet, can be used for better or for worse. In the hands of teens and tweens (or mean or perverted adults), it can get ugly.

Two parents in Texas are suing the kids who set up an Instagram account to cyberbully their teen daughter, claiming libel. They’re also suing the kids’ parents for negligence.

“We’re being super aggressive about it, because this behavior really needs to stop,” Tej Paranjpe, the Houston-based attorney for parents Reymundo Shellie Esquivel, told Yahoo Shine. “It’s really an issue of principle.”

In a segment on Today, Shellie Esquivel asked, “How many children is it going to take to commit suicide, to kill themselves, to hurt themselves … because of bullies out there? And the parents don’t want to take responsibility.”

When I joined Instagram a few months ago (I know, I know, I’m behind the times), the app was eager to suggest friends who live near me. Up popped a ton of my daughter’s schoolmates. On a map, showing right where they live.

When I asked a parent of one of the kids, she shrugged and mentioned that there was an issue in the junior high with an anonymous account spreading nasty rumors about kids. Apparently the identity of the user was revealed when someone used the location feature to determine the street name and then went through the school directory. Turns out only one student lived on that street. And now there’s an issue with that individual being bullied.

Which leads me to a really important point. Instagram requires users to be 13 years old to have an account. That’s so, as a company, Instagram can comply with the Children’s Online Privacy Protection Act which is a federal law.

Parents need to stop lying for their kids or being okay with their kids lying about their age to get an account.

Sending a tween or teen the message that it’s okay to lie online is a really, really dangerous precedent. If it’s one that you’re willing to set, at least monitor your child’s behavior. You need to be where they are online. Have an Instagram account, follow them, check what they’re doing, see with whom they are associating. Ask, “Do you know this person in real life? How?”

Instagram is great for grown ups but it’s a whole different ball game when it comes to kids. Be involved, and keep them safe.