The best nature hikes around Chicagoland 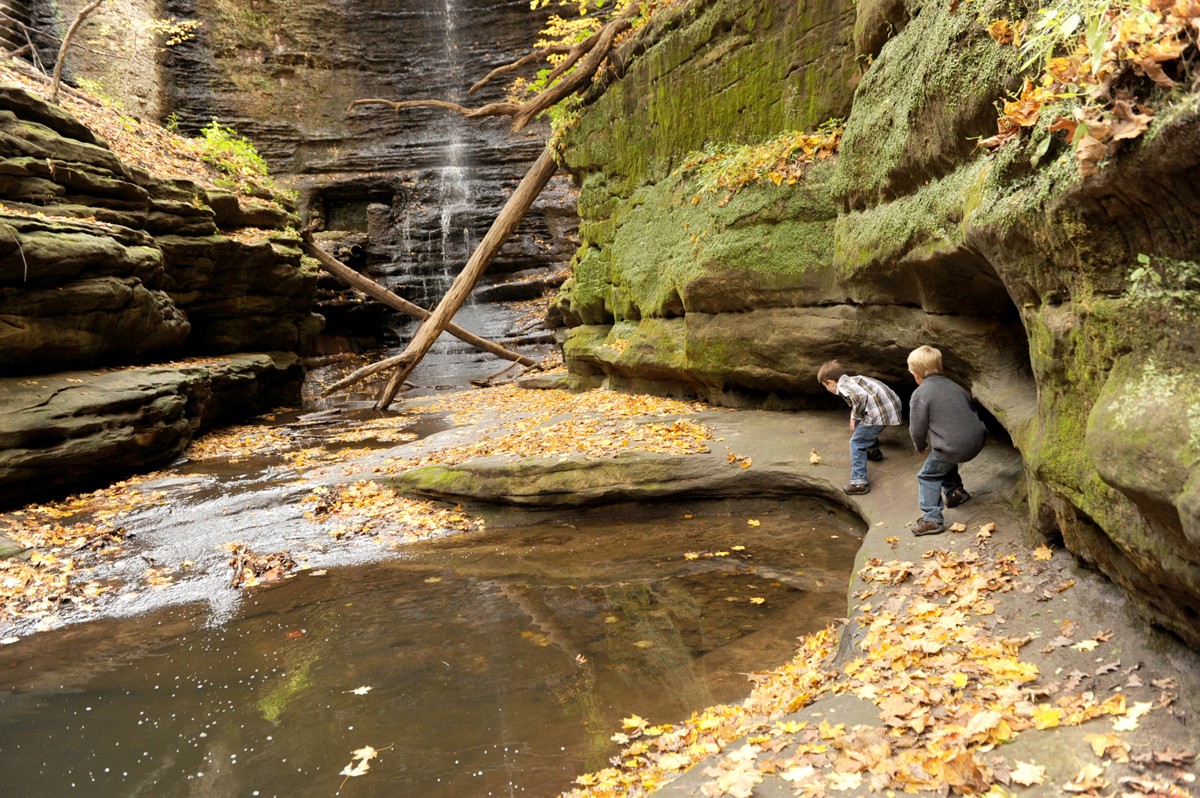 Make the most of autumn by heading for the hills … or prairies or woodlands on a family hike. Here are some of our favorite hiking destinations for families.

If you have a budding naturalist on your hands, check out Waterfall Glen

Waterfall Glen as a park covers a lot of territory—2,492 acres, to be exact. There are a lot of plants on those acres that surround Argonne National Laboratory, and the Forest Preserve of DuPage County says it is home to 740 native plant species and 300 species of mammals. There are 11 miles of limestone- and turf-covered routes and the waterfall is the highlight of the park. It’s actually a dam built by the Civilian Conservation Corps in the 1930s.

If your kids love horses, canter over to Danada Forest Preserve

If you want your hike to be both a yea and a neigh, head to Danada. In addition to walking the trails, you can visit the Danada Equestrian Center, where you may see horses grazing or out on the trails. You can also visit the stables. There are almost three miles of multipurpose trails and they wind through a variety of habitats at the preserve, including prairie, woodland and marsh.

If you love hidden gems, stop by Matthiessen State Park

About five minutes down the road from the better-known Starved Rock State Park, this park is less crowded, but every bit as beautiful in its own unique way. The park has five miles of trails for hiking. There is also a restored fort representative of the fortifications the French built in the Midwest during the 1600s and early 1700s at the start of the main trail to the Cascade Falls area.

The mile-long canyon is particularly breathtaking. The geological formations, complete with water seeping out from the rock, feel otherworldly.

Man’s best friend should get to join in the fall fun, too. Fox River Bluff West Forest Preserve permits owners to have up to three dogs off leash. It’s also a chance to explore the shores of the Fox River and grassland and woodland on a mix of paved and unpaved trails and boardwalk.

Hours: Daily from sunrise to sunset

Pelicans in Illinois? They are here, and you can find them at the Dick Young Preserve in Kane County, which is named for the late naturalist. There are lots of other birds that inhabit these impressive wetlands, too, so remember to bring your binoculars. The complete loop is 4.4 miles.

If you like to learn as a family, investigate Volo Bog State Natural Area

Did you know that the only quaking bog in Illinois is located in Lake County at Volo Bog State Natural Area? It’s possible that you don’t even know what a quaking bog is, but the chance to make discoveries and learn together are great reasons to hike as a family.

There are several trail options. The half-mile interpretive loop leads visitors through each stage of bog succession. The boardwalk over the marsh is also stroller-friendly. Tamarack View Trail is a 2.75-mile trail designed for hiking. And there are two additional miles of trails if you want even longer! The visitor center, located in a renovated dairy barn originally built in the early 1900s, features a hands-on discovery area.