5 trick or treat tips for parents this Halloween 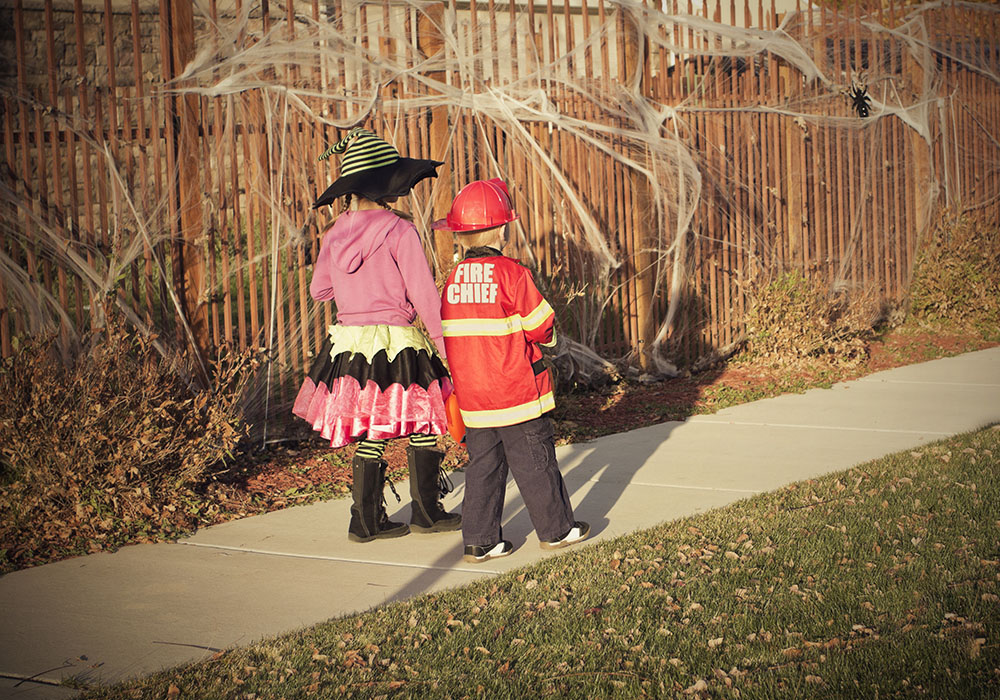 By the time they’re in grade school, most kids have heard the terrifying urban legends of the poisonous candy and the old lady who gives out razor blade apples. Still, take caution—examine the candy. If anything is opened or looks tampered with, throw it out. Inspect candy in front of your child until he is old enough to go out trick-or-treating without you and understands the danger.

Nicole Marks, a mother of four from Evanston, employs a neighborhood tradition to keep her kids safe. While the kids are trick-or-treating with their dads, the neighborhood moms order pizza for everyone and kids indulge in a supervised “candy trade” at a central house once the candy has been inspected. The pizza distracts the little ones while their candy is checked and also fills them up to the point where “five to eight pieces of candy is all they can take,” says Marks.

To keep kids safe while walking the neighborhood, be creative with their costumes by adding light reflectors whenever possible. That Superhero costume could easily sport reflective tape and there’s no reason why your daughter’s ballerina idea couldn’t be improved by a sparkly tiara.

For older kids, talk about your expectations, especially Halloween first-timers away from supervising eyes. If you don’t want them entering a certain neighborhood or eating candy before they get home, explain why. If they’re old enough to earn your trust out on their own, they’re old enough to understand your reasons.

Designate a home base

It’s natural to be nervous about your kids trick-or-treating alone for the first time. For their safety—and your sanity—designate a home base if they get separated from friends. Make sure each member of the group has a flashlight. If you’re really worried, talk to some neighbors beforehand and arrange for them to call once your child has reached their house.

Balance out the candy intake

Common sense suggests parents put away the mounds of candy and dish it out to the kids in moderation. Some parents even get rid of the candy haul when the kids aren’t looking. But sometimes, common sense flies right out the window and little goblins end up with belly aches.

Generally, belly aches will fix themselves, says Dr. Janis Mendelsohn who’s been practicing medicine since 1972 and is an associate professor of pediatrics and a practicing pediatrician at the University of Chicago Comer Children’s Hospital.

“You can only eat so much before your body just rejects it all,” she says.

She doesn’t believe in using over-the-counter medicines to fix the problems that come with over-indulgence.

And maybe next year, it will be a lesson remembered, she says.

Fat Tuesday falls on February 21 this year. Celebrate with southern food, crafts and other festive activities for kids.
Read more