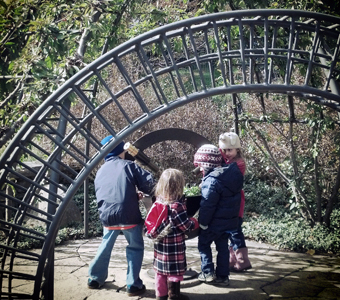 According to Facebook I have 450 friends. Want to know how many I have seen this week? Three, but only because we had a school meeting or ran into each other at drop-off. How many have I talked to offline? Well, if you count texts as offline, three. However if you mean actual conversations that lasted more than seven words, zero.

There is a comic that makes the rounds every few months on Facebook. It depicts a bedraggled mother holding a naked and crying infant, with work piled on her desk, dishes on her counter and a toddler hanging off her leg. The caption is “Can I call you back in five years?” That is the most accurate description of motherhood I have ever seen.

I love my friends. I enjoy talking to them and spending time with them. In fact, I think of them often, usually very early in the morning or while driving to or from some activity or appointment – during those 2-3 minutes a day where everything is blissfully quiet. However 5 a.m. is not an appropriate time to meet up for a drink and most people are not available for chats at random times in the middle of the afternoon. I know, because I am not.

I used to be a really great friend. I sent cards for birthdays, anniversaries and just because. I used to call and make plans. Now, you’re lucky if I like your status on Facebook or answer an email in less than a month. Being a mom to small children, a wife and a fledgling writer takes a lot of time and energy. It’s not that I don’t want to be a friend too, it’s just that in order for me to be even a semi-okay mom, I don’t have the bandwidth for anything else.

Here is a great life example that shows how mothers of small ones (or at least me) just can’t hold anything more in our brains than the day-to-day, million and one needs of our children.

We recently spent the day with my cousin at the arboretum. She has one three-year-old and I had all four of my kids there. A solo outing with four kids ages eight months to eight years basically means I spend 90 percent of the day counting to four. Is everyone here? *glances around* One, two, where is three? Anyone seen three? Oh, there she is. Three and four. Then I repeat the same thing every 3-5 minutes.

As we were leaving one garden for the next, my cousin got frantic because she couldn’t find number one – her son. Do you know where he was? In the stroller she was pushing. We laughed. Five minutes later, while leaving the next garden, it was my turn to panic. Where was number three – my daughter? Oh my goodness. Where had we lost number three? Was she still in the maze? Heart pounding, I ran around while calling out to her. She leaned forward in the stroller that I was pushing “Mom! I’m right here!”

So basically I’m not me anymore. I’m five, or sometimes, six people crammed into one brain. I need to think about my needs, my family needs, work, the house and all of the kids. As much as I love my friends there is just physically no room in my brain right now or any quiet time in my life, to fit them in.

I’m sure 90 percent of them understand since they’re parents too. I’m just hoping that when I call them back in five years they will remember who I am.

Lori Orlinsky -
Here are some ways to gauge their readiness for a new camp experience.
Read more