#FlytheW: The Chicago Cubs are in the World Series 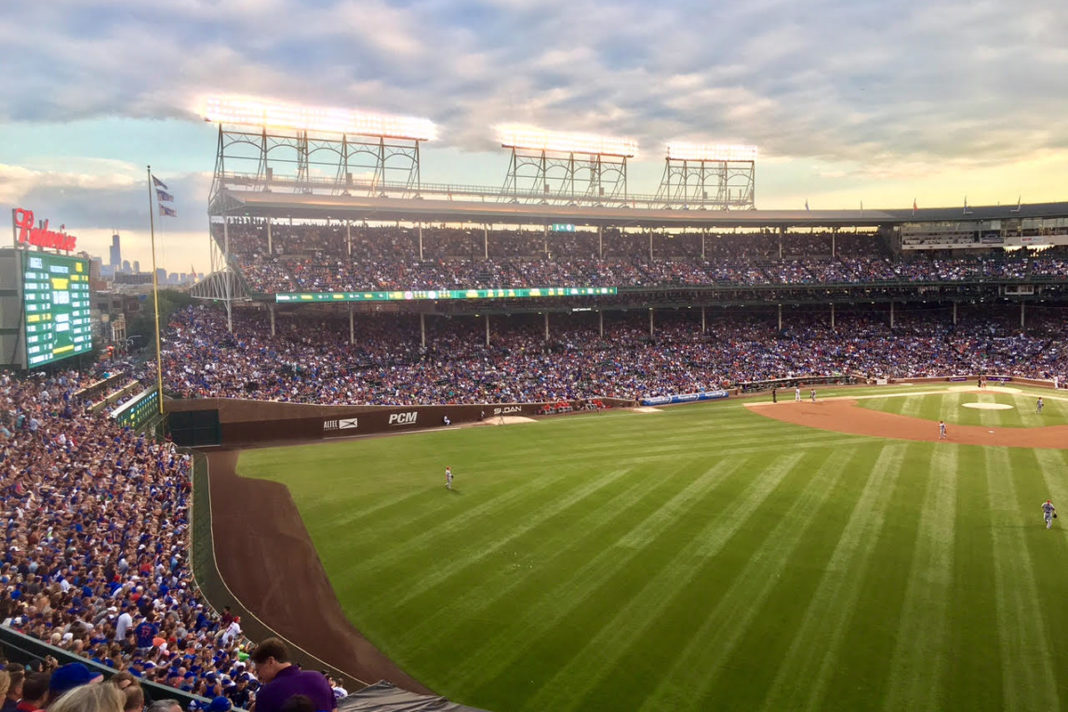 It was 108 years since the Chicago Cubs won the World Series, but they did it! Now they are bound for the playoffs again with another chance to go all the way! 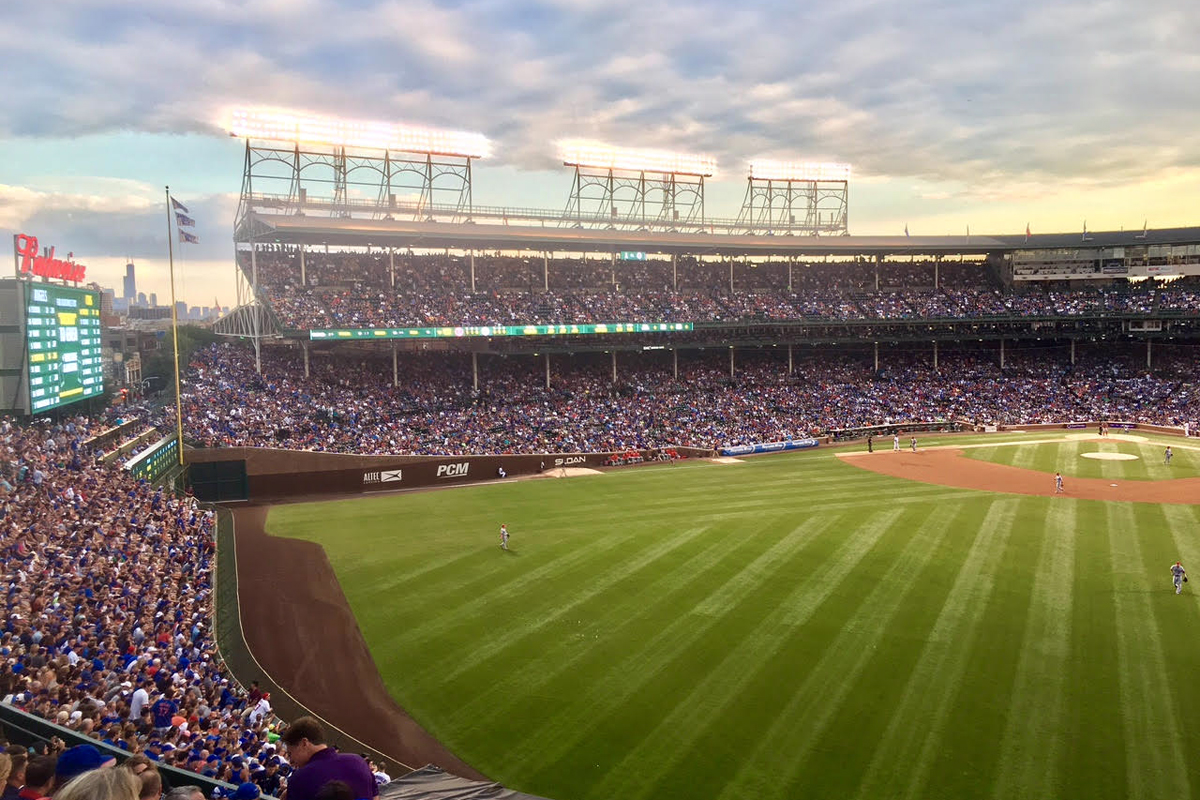 5 ways to make the World Series memorable for kids

It has been 108 years since the Chicago Cubs won the World Series. Most children picture dinosaurs and cavemen when you mention the year 1908. The World Series took place at West Side Grounds as Wrigley Field wasn’t built until six years later. Most North Siders have waited their entire lives just to see the Cubs win the NLCS pennant, meanwhile our children are making post-season memories that many Chicagoans have only dreamt about.

This is history. This is every ball game we went to as a kid, picturing it’s game seven of the World Series and the Cubs are in the lead. For the first time in forever, THIS is next year.

Our children may never truly grasp what capturing the title would mean to Chicago Cubs fans everywhere, but we are all witnessing the most magical Fall Classic in our lifetime.

Here are five ways to celebrate with your kids, and create memories they’ll never forget.

Make your own memorabilia

Design and craft your own rally towels out of markers, fabric paint and old T-shirts or fabrics in your home. Flying their handmade W’s on game day will make them feel like they were in on the action. Every pint-sized fan can contribute to each victory with the help of their lucky rally towels.

Bring the ballpark home with all the fixins’. Grill up hot dogs, make nachos with all the toppings and stock up on Cracker Jacks, just like the ones from Wrigley Field. Have the kids make dessert before the game. Sure you could get the most ridiculous Cubs cookies from Sugar Fixe or Sweet Mandy B’s, but half the fun is watching the kids pile on frosting and toppings. (Totally tag me @chicagomomgoessuburban if you post your cubbies cookie recipes on social!) This will bring all the feels and smells of Wrigley right to your living room.

I suggest you wake up and go early on a game day. There’s just something in the air in Wrigley and you have to feel it for yourself. Walk Clark, stroll Addison and watch the excitement build before your eyes. The people watching is second to none. Buy a bag of peanuts from a street vendor and soak in the electricity. Stop to take a photo of your kids in front of the stadium, because to them, it’s the castle built for baseball Gods. This is history being made in front of their very eyes. Capture their faces the moment they see the lights around the stadium. Not only will they have something to show their kids, they will never forget the way Wrigley looked during the 2016 Fall Classic.

Make the trip to the Jake

Load up the family and hit the turnpike. You’ll follow the lake and then meet bright and vibrant red, yellow and orange tre

Family friendly places to watch the Cubs in the World Series 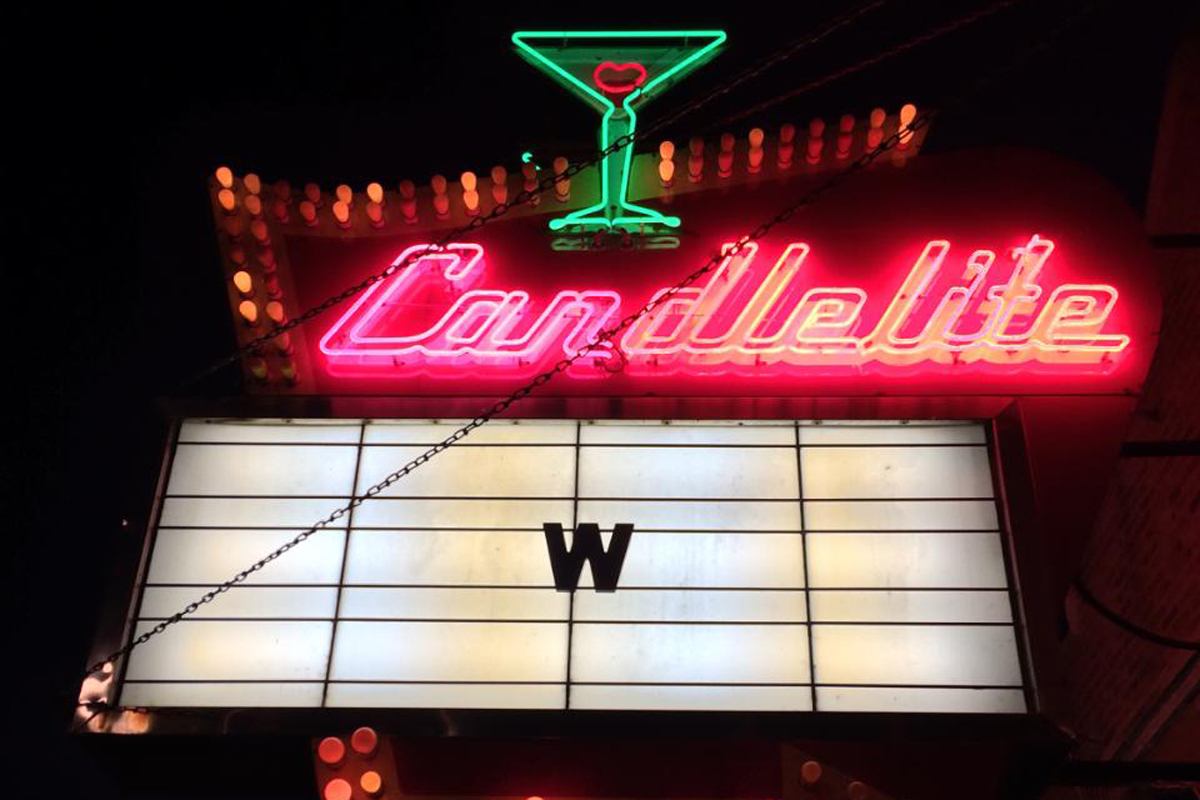 Family-friendly places watch the Chicago Cubs in the World Series

Bars near Wrigley Field are charging up to $250 per person and many do not admit people under 21 years old. Don’t spend the kids’ college tuition money on tickets to a World Series game. Instead, head to these locations with the kids to watch the Cubbies fly the W in a family-friendly setting.

Not only is there is no cover charge at the Candlelite (7452 N. Western Ave.), families can even save money by enjoying two-for-one pizza specials. (There’s also discounted draft beer for the adults.) The atmosphere is both festive and kid-friendly, and the Candlelite is far enough north that you can root, root, root for the Cubbies and also avoid the crowded craziness of Wrigleyville.

A big game should be on the big screen, right? Logan Square’s iconic Logan Theater is making sure that happens. Tickets are complimentary, but space is limited. Free tickets are available at concessions the day before each game, and you may get two per person. Grab popcorn and snacks at the movie theater bar.

(If you can’t get into the Cubs game, check out the free family matinee of ‘It’s the Great Pumpkin, Charlie Brown’ on Sunday, Oct. 30, at 3 p.m. Limit 4 tickets per family.)

Your family can be bleacher bums at The Village of Homewood’s World Series Viewing Party. They are showing the games in Martin Square at 6:30 p.m. on both Friday and Saturday at this free, family-friendly event. You can sit in the bleachers they’ve put up for just the occasion, or bring your own chairs. Viewers can also bring their own snacks, but not alcohol. The event is taking place right outside La Voute Bistro + Bar where you can grab some popcorn and hot chocolate, or other snacks and drinks, if you don’t want to pack your own.

Admire the ivy of Wrigley from the Prairie Grass Cafe (601 Skokie Blvd.) in Northbrook, where the game will be on flat screen televisions on each wall. Chef Sarah Stegner created a special menu to celebrate the Cubs first World Series appearance in 71 years with fun twists on ballpark favorites, including Parmesan signature spice blend popcorn, honey cayenne roasted peanuts and warm pretzel bread with gruyere cheese dip. The specials are available Friday through Sunday after 5 p.m.

You and the kids can grab a cute Cubs cupcakes or hit the popcorn station for a bag of Ball Park Crunch, as well as 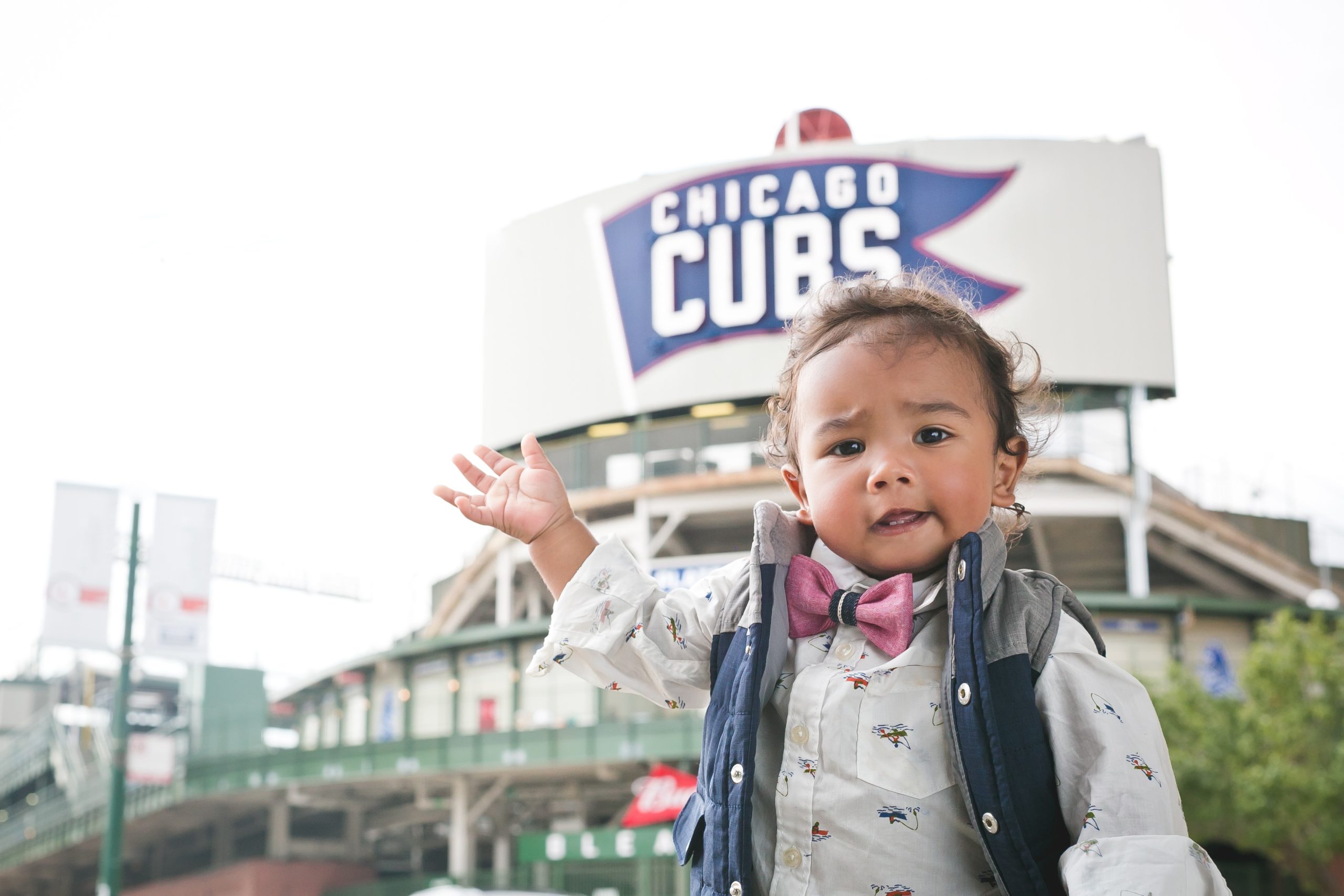 Quick tips for families headed to cheer on the Chicago Cubs

If you’re lucky enough to score tickets to go to Wrigley Field and witness the Chicago Cubs’ historic run in person with your kids, you’re gonna need a few tips. So we reached out to the Cubbies for ideas that will make your day at the ballpark memorable and stress-free.

If you have a younger child, write down your name and phone number and stick it in their pocket. If they get lost, anxiety and nerves take over, and kids forget these simple details. Talk over what to do if they do get separated from you.

If your kids do get lost, parents or children can report to Fan Services or alert the nearest Cubs Associate (identified with an official Cubs ID badge and nametag). Its pretty common for kids to wander off, and the team inside Wrigley is as well trained as the players on the field and will do what it takes to make sure your kids are safe and secure.

Now something cool: First Game Certificates. These are a keepsakes the Cubs offer all season long and are a great way to commemorate your child’s first Cubs game. Head over to Fan Service located inside the Gate F concourse to request a first timer’s certificate and a free Cubs sticker.

Go big before you go home

Get your name on the scoreboard! You don’t have to be a celebrity or on a VIP list. All you have to do is click here, fill out a form, pay a few bucks and you can celebrate your kid’s birthday, first game, congratulations or anything else you want to share with the cheering fans at Wrigley. The messages are usually 3-5 seconds long, but you’ll also get a 8×10 of your message mailed to you. The money goes to the Cubs charities.

Pre-game autographs are a must. Because this is a playoff game and the MLB is running the show, there is no Kids Corral, but that doesn’t mean you can’t take your kids into Wrigley early. Fans may seek autographs from players and coaches from the time the ballpark opens until the batting practice cages are removed (about 45 minutes before game time). Fans will be allowed to wait at the Club Box wall on the outfield side of the dugouts.

Baseball can be a little slow. Younger fans might lose interest in the game and want to do something else, like play with your phone. If you are going to give your child your phone to entertain themselves, remember that foul balls are flying into the crowd at speeds nearing 100 mph. If you’re not paying attention, you are increasing your odds of getting hurt. While they’re playing Angry Birds, keep your eyes open. 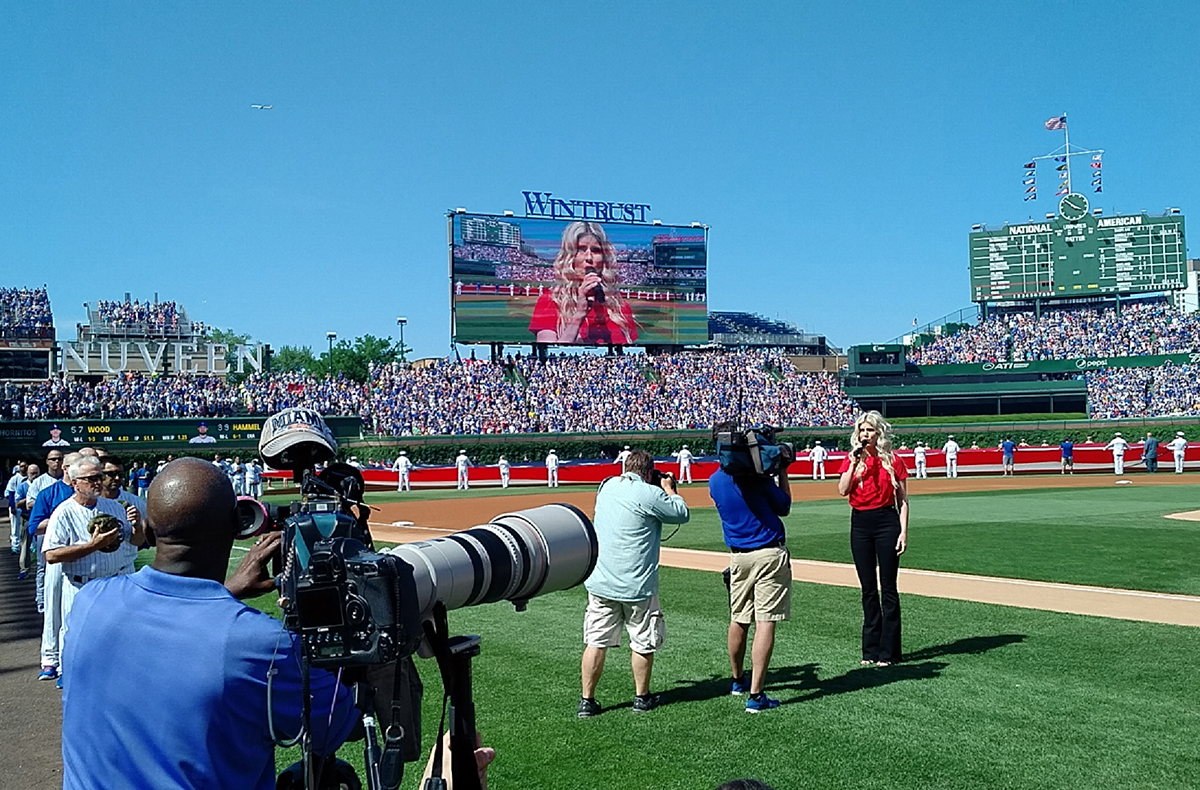 Mom of the Month: Julianna Zobrist

Julianna Zobrist, an Iowa native, ended up in Chicago when her husband Ben was signed to the Cubs late last year. But even if youve never seen her wrangling her three kids at Wrigley Fieldtheyre regulars at the concession standsyou might have heard her voice. Thats because Ben uses her song Alive as his walk-up music when he heads to home plate.

Julianna has a career of her own outside of being a baseball wife; this mom of three just released an album, Shatterproof, on July 1, Christian pop targeted at fellow moms. Alive, the first single, released on the same day Ben and Juliannas youngest daughter, Blaise, was born (and just three days after Ben helped the Kansas City Royals win the World Series). The chorus seems strangely appropriate for a couple who are focused on the future for their family here in Chicago (and maybe, just maybe, another championship ring): I, I feel alive/I feel like the air is rushing in/Now its clear, I cant go back again.

Welcome to Chicago! How’s the adjustment been?

The moving part is never easy, we all know that, packing a thousand things and having to go through everything. Like, how did we accumulate so many toys?! After the moving part was done, its been a very easy transition, but people have made it very easy for us. Theyve been incredibly welcoming to us.

Have you found any favorite spots in the city to take the kids?

We have just loved discovering all of the little hidden parks everywhere. Were just kind of park-hoppers; we just like to go from park to park. Thats been so much fun. The Lincoln Park Zoo, I am obsessed with. That was the first time Ive heard a lion roar in person, and it was terrifying. Weve loved going there. And all of the museums.

Whats it like to watch Ben play? Do you get nervous?

I do! Not for him, I have endless confidence in him. But when hes in pressure situations, Im like Ahhh! Like I cant decide if I want to watch or not, you know? But I always do. So yes, I do get nervous, but thats part of the thrill of it all. When I met him, I thought he was going to be a youth pastor. So, surprise! [laughs] Its a little different.

How do you balance your music and supporting your husband and being a mom?

The foundation of our scheduling is that we dont spend any longer than six days apart from each other. Im able to do music where it fits with his schedule. If hes on the road and Im not going with him, then I can do my shows then, or I can go and write then. So we make it work.

What message do you want women to take away from the album? 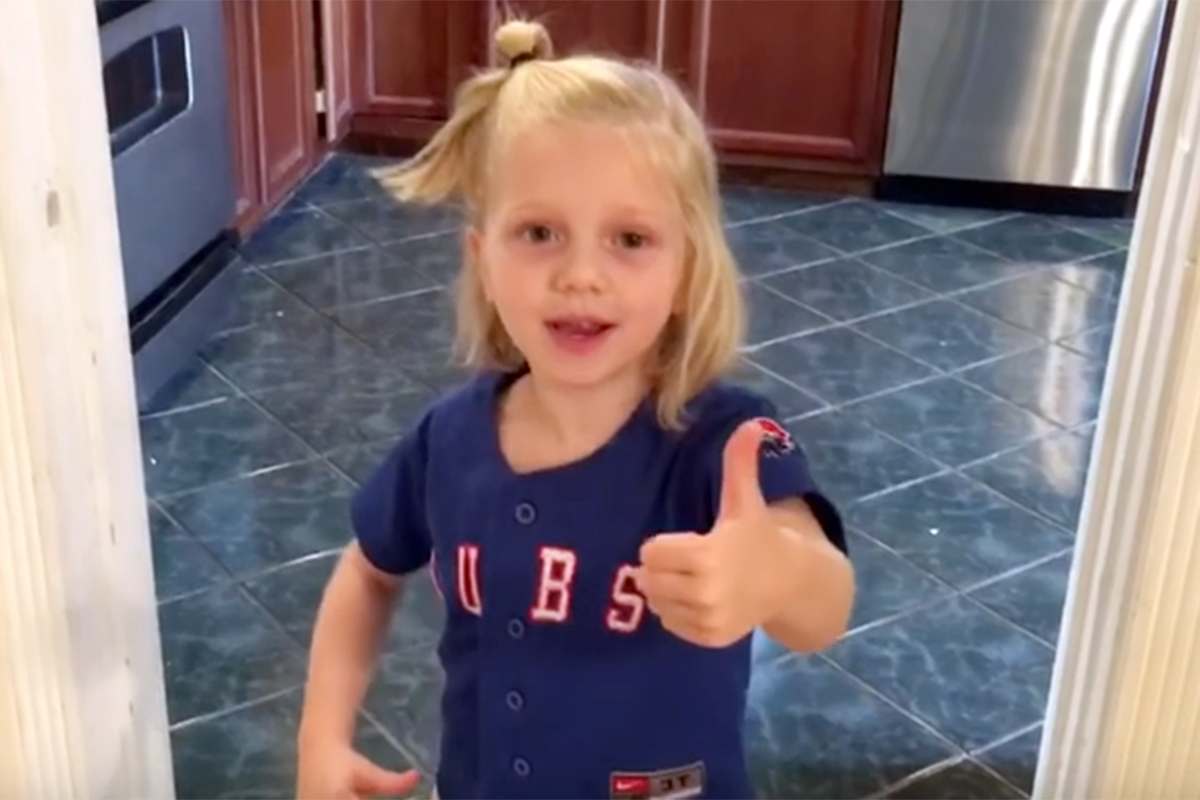