The Giver at Adventure Stage Chicago 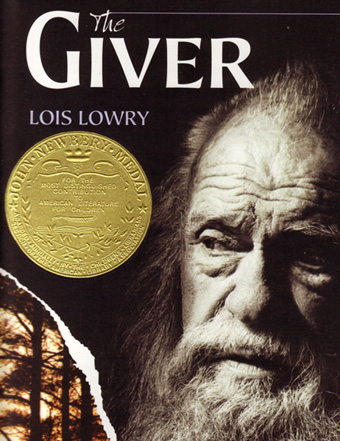 The young adult book of the moment is everywhere right now, but it’s certainly not the first novel to explore a dystopian society. Take Lois Lowry’s The Giver, which has been read-and beloved-by kids for nearly 20 years.

The tale, which examines a boy’s realization that his “Perfect” world isn’t quite what he thinks, is the latest to come to Adventure Stage Chicago.

“It’s one of those books that becomes kind of a watershed moment for a lot of young people,” says the show’s director, Brian Bell. “The story itself is kind of tried-and-true, and one we knew would be a good draw for our audience.”

Of course, adapting a beloved book to the stage doesn’t come without challenges. Bell says some of the more fantastical elements of the story are difficult to portray. But he says the version the theater is using makes the text “come alive on stage”-including using a puppet to portray a baby-turned-toddler.

As with any dystopian story, The Giver has faced its fair share of controversy for openly discussing issues like free will, identity and diversity. Bell sees it as a “jumping-off point” for parents and kids for conversation about those issues.

“I think it’s really important because it teaches kids the importance of questioning,” Bell says. “That’s why it’s such a powerful story and why people connect with it in a small way.”

The theater even proposes a few questions for the audience to ponder. After every performance, there is a “talk-back” session with the cast to discuss such quandaries as:

What is the price of free will?

What do I do if there’s something wrong and I’m the only one who knows it?

But for all its great discussion-starters, the show isn’t just about thinking deep, philosophical thoughts. It’s also about seeing a favorite story and its characters truly come alive before your eyes.

“It’s a lot of fun and it’s really pulling no punches, either,” Bell says.