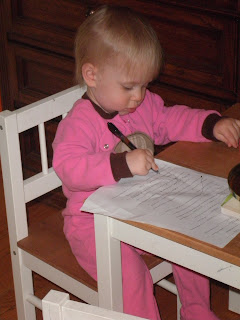 My husband has often jokes with me that I’ve “imprinted” the kids. He’s a molecular biologist andcan’t help but to think ingenetic terms. Like genomic imprinting, have I really passed on say – a love of StarWars or a fascination with writing and bugs – to my children? Just as Chiara inheritedherPapa’ssparkly blueeyes and wispy, pin-straight blonde hair and Daniel my thick, wavy hair and one dimple, did my son also inheritmy tendency to lose things (especially winter gloves) and Chiara my busy-bodyness? Whatever the case, while I was once fascinated with the bug family that lived in Ernie and Bert’s windowbox, Chiara’s current fave book is a non-fiction tome for older kids entitled Bugs and Insects. She asks me to read it to her at least five plus times per day. Daniel, meanwhile, lost his second pair of gloves in a week (and I lost two pairs of gloves this week, too. Like an ass, I went off to work today with one glove, which I figured would at least be good for holding the stick shift – having lent Daniel my last remaining pair of gloves). Chiara, like her mom, moves from task to task, nonstop: she sits at a desk and works – on her novelwe like to say (it’s bizarre – she focuses andscribbles and holds a pen perfectly and I swear I never taught her this – shejust grabbed a pen once andnow does it every day for a spell) – then moves on to organizing her set of mini-books, then reads for a bit on the sofa, then pulls some more ornaments off the tree and places them in various spots around the living room, then takes out herMickey Mouse Christmas cards, studies them, then puts them back in the box – she’s a busy-body on a mission at the ripe old age of one. Thankfully, Daniel was imprinted with a tad of Brazilian chill: yesterday, while in a rush of a trip to Walgreens, he asked me if we could please finish listening to “Rockin’ around the Christmas Tree” – his fave holiday song, which was playing on the station we must, according to Daniel,listen to anytime we are in the car, 93.1. So we sat in the car for three minutes, and just enjoyed listening to the song together.That’s myboy! – he at least is an expert onstopping and smelling the roses, and what a gift that is. Also extremely clumsy (he spilled a half gallon of chocolate milk onthe kitchen floor yesterday, too…)at least he doesn’t get down on himself over it like his mom tends to do when her clumsiness gene causes trouble. And Chiara -we’ll have to work together on stopping and smelling the rosesmore often – maybe Daniel can help us with this.

I’m simply stillleft wondering Is it all nurture, nature, or simply random? while I relish watching my two littles grow into bigs. 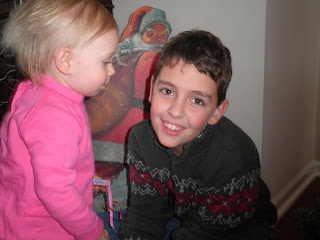 Lessons from a nomadic life.
Read more
Things to Do

Visiting Disney World During a Pandemic

To Disney or not to Disney this year?
Read more
Attractions

How Art Can Heal

And it includes a powerful message.
Read more