My last birthday party as supervisor 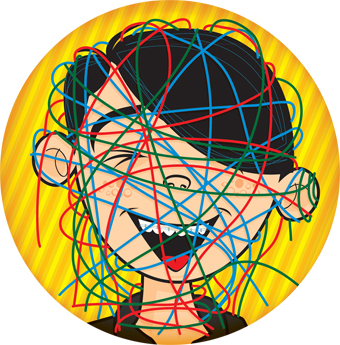 In reliving my childhood vicariously through my son, I made a pact with my 11-year-old self (currently at the controls) that if I didn’t teach him how to fish, play ball, fix a flat, or bluff on a pair of deuces, I would at least throw him the most awesome birthday parties ever.

I am currently banned. Here is why:

Eleven-year-old boys are not sane. Witness the last sleepover birthday party I will ever throw (according to the cease and desist order). Mistakes were made.

Mistake No. 1: Tell your son to invite his friends. It sounds so simple. As long as you’ve known him, he’s only had three: James, whom you’re fairly certain lives with you; the kid with a birthmark shaped like Italy; and the one who only eats Mac& Cheese. This is who you know as his friends. Your son thinks EVERYONE is his friend. Day of the party, 25 kids marched into my tiny house and began farting.

Mistake No. 2: Leave the room for 10 seconds. I should have known. The basement was stacked to the eaves with hyperactive, unreasonable nutjobs who imagine ridiculous uses for everyday junk that would make MacGyver call 911. I should have known leaving them in the basement while I stepped out for just a second was idiotic. Not just because you can’t take your eyes off a kid or they’ll set you on fire. Not just that, no, but because I am a man and there is no such thing as just a second.

By the time I wrenched my gaze away from the TV and remembered there was a basement full of boys, it was too late. Knowing me, you’re expecting they’d filled the washing machine with my rare vintage jazz record collection or they’d dressed the dog in women’s clothes.

And while all of that is true, it pales in comparison to the spectre of arriving to find them mid-toga party in my 300-count Egyptian cotton sheets dancing to “He’s Going The Distance,” eating pizza they’d modified to include Doritos and Gummy bears.

Mistake No. 3: Silly String. There are three classic themes for boys toys: things you burn, things that fly, things you can shoot. Silly String does all three. I sent the boys into the front yard, following them with a CRATE of silly string. I had spent an hour hiding all the matches and lighters and I was reasonably assured of no flaming gouts of string.

What else could go wrong?

I passed out the cans, yelled “Go,” and watched 25 11-year-olds chase each other around my yard shooting colored streams of foam onto everything in sight. Onto themselves, each other, my shrubs, the cars, the sidewalk, the neighbor’s dog-and then it happened.

As a strict mother pulled up, her face in a rictus of horror, HER SON leapt off the front steps, tangerine colored jets erupting in all directions, and, while screaming ¡AY CARAMBA! jammed the silly string nozzles INTO HIS OWN EARS!

Admittedly, I was seized with an urge to high-five, but I couldn’t as I saw his mom’s face fall from “look-all-the-boys-aren’t-playing-Call-of-Duty,” to “oh-my-God-my-son-just-went-deaf.”

I jerked the kid up from his Tebow celebration, dug two nubbins of hardened orange gack out of his ears, whisper-yelled “that was awesome,” before carrying him to his mom, who inspected his ears like a miner digging for gold bullion.

She came up empty, but the hairy eyeball I received still haunts me to this day.

Brought to you by Pilgrim Lutheran School
Read more
Education