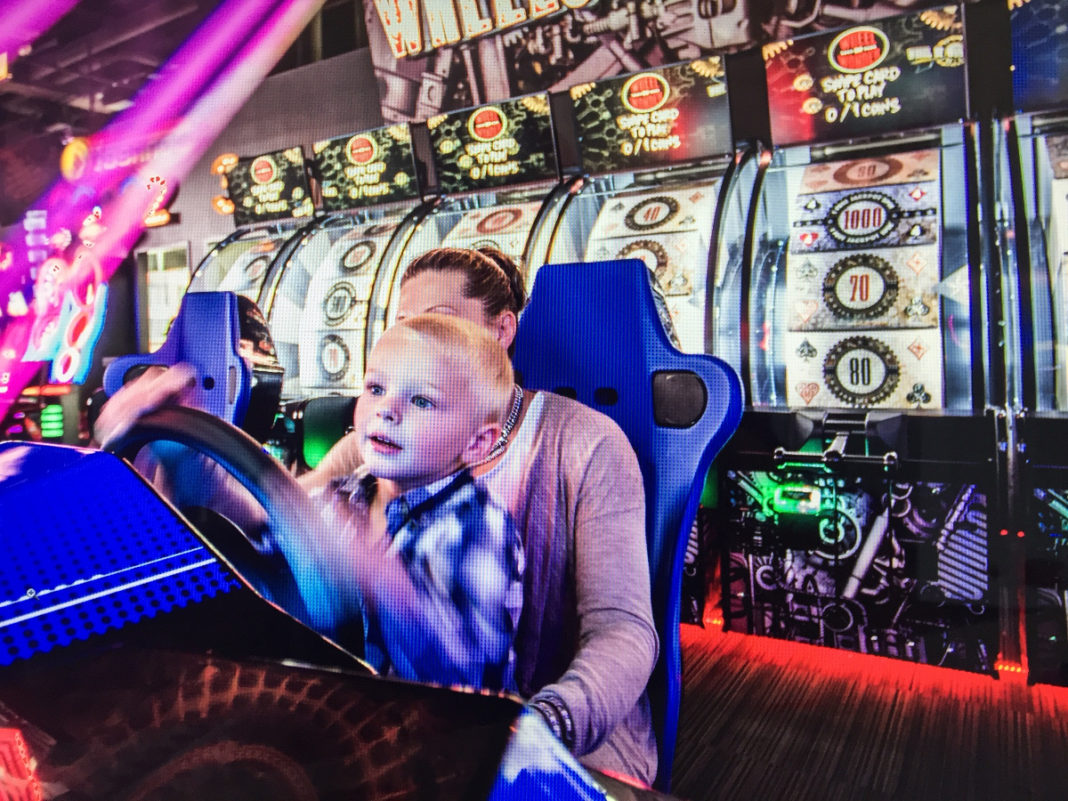 Before handheld technology ran our lives and Pac-Man could be played on a 5-inch screen, arcades were a place for social delight and air-conditioned, summertime bliss.

Arcades will hold that special place once again in Chicago thanks to the new For the Win arcade. Except this time, with countless HD screens, a dim sum-style cart service and prizes like selfie sticks and vintage board games up for grabs, FTW has launched this nostalgic experience into the future.

If you could dream up a 10-year-old video game-tech nerd’s version of heaven, it’d be somewhere in between the amazing SEGA Showdown and Star Wars games at FTW.

“A place where kids can be out socially playing and imagining in a positive environment is an important part of growing up,” CEO Steven Foster says. “We’ve created a space for people of all ages to play where friendliness and magic are the cornerstones.”

FTW’s steampunk atmosphere is an explosion of carnivalesque whimsy, with flashy displays and colorful lights at every turn. Walk in, buy a pre-loaded game card–which means no more thousands of tokens to keep track of–and let the kids run crazy for a few hours. Once they’re done playing a supreme mixture of classically retro and chicly modern games, use the game card to redeem prizes from a choice of more than 250 toys, games and candies in “The Payoff” room.

Located in the same building as Lucky Strike and AMC River East 21, and with four rentable private rooms, the venue is a fun choice for a child’s birthday party. The mini golf experience can even be personalized to the birthday boy or girl, with their name in lights on the miniature Chicago Theatre marquee.

But hey, we wouldn’t blame you for making this your new date night spot as well. The arcade is 21 and over after 8 p.m., so you can leave the kids at home and have a classic date night of childish and competitive fun.

Forget Chuck E. Cheese, Chicagoans. FTW is an arcade where a kid and kids at heart can be a kid.