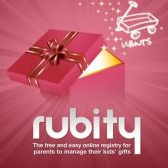 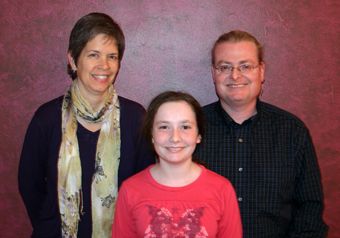 This summer, Don Bora and his wife were taking an evening walk through Lakeview when they passed the Lakeview Pantry, a food bank on North Broadway Street. A sign in the window said the pantry was collecting used school uniforms for needy families.

You can help a Chicago
charity make ends meet this holiday season. Go to Rubity.com and pick an organization from the
list along the bottom.

“I thought, man, that’s got to be a tough job,” Bora says. Small market, little awareness, incredibly important cause. “That’s when I realized I could help.”

The basic idea: People fill out a wish list, then send it to far-flung family and friends and get things they actually want. The project was inspired by (and named after) Bora’s then-7-year-old daughter Ruby, and launched as a response to nagging grandparents.

But this holiday season, Rubity is helping Chicago charities fill their coffers – and the wish lists of the people they serve.

“It started as a way to let my mother know what Ruby wanted,” Bora says. “But I’ve always wanted to do something in the philanthropic space, and this was a way to take my tech skills and do that.”

Lakeview Pantry was the first charity to jump on board, and it now has three drives on the website. Stuart Iseminger, Lakeview Pantry’s program director, says the idea to help connect the pantry with people who want to give back is a great one.

“There are a lot of people out there who care about their community and want to do something, especially this time of year,” he says. “People are very generous and giving of their time and donations, and any way we can harness that is helpful.”

Rubity continues to offer its wish-list service, connecting family and friends this holiday season — and Ruby, now 12, to her grandparents in Crystal Lake and Indiana.