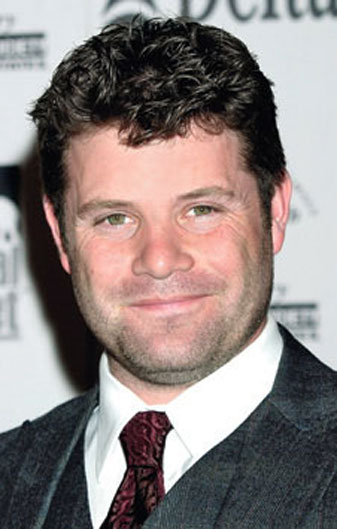 Whether you’re partial to his official debut in the cult classic, The Goonies, or all about his fantastical character in Lord of the Rings, anything actor, producer, director, and social advocate, Sean Astin, has played, has been nothing short of epic.

The father of three has won hearts across America, and as a super-devoted, non-lame, somewhat crushy fan, I can attest to the man behind the movies, since I had the thrilling opportunity to have a long chat with an actor I consider to be at the top of my list, especially since his latest role is one my own children love.

The hit interactive series for preschoolers emphasizes discovery, humor and organizational skills. Storylines in the upcoming season model basic social and life skills, from the importance of telling the truth to what to do when lost, as well as lots of fun, physical activity themes like catch, mini golf, tag and more.

Paying homage to special agent classics, the new seaon, premiering July 10 on Playhouse Disney, will include the introduction of two new special agent characters: Buffo the water buffalo, voiced by Brad Garrett, special agent Musa, a mysterious stuffed animal ninja who has taken a vow of silence and dons a traditional keikogi.

Tell me what it’s like to be the father of three girls.

I can’t believe I’m going to say this, but I’m about to have a daughter that’s thirteen, then one that’s eight and five [years old.] It goes by so darn fast. My daughter is friends with a few of the girls that have kissed ten boys and I’m like, ‘What are you doing? What about your reputation?’ And they’re like, ‘Whatever,’ but I like that she can see that and that she’s choosing not to do that.

At thirteen they’re so sophisticated! With what they watch on television, what they read, what they do, how they talk to each other, they’re like… they’re at thirteen like how I was at fifteen or sixteen. Not all of them are like that, but they’re all developing. I don’t know if it’s the hormones in the milk they’re drinking or what. I just like that they’re respectful kids. I think it’s what we can hang our hats on when we want to jump into a bowl of lava because we can’t believe that our daughter likes boys.

Just imagine when boys come over to meet you. It’s going to be a lot of extra pressure.

But isn’t that a plus for you?

Well, yeah! Sometimes you have to play the alligator role. You have to be like, ‘Hmmm, I don’t know about you.’ And the kids come and say, ‘Um, hi, it’s a pleasure to meet you, sir.’ And you get all stern and, ‘Yeah good to meet you, too.’

I think there needs to be a self-help group for this. ‘Hello, my name is Sean, and I have a thirteen year old.’

What do your daughters think of your role?

You know, we got to meet the Disney walk around character and they’ve always liked it when I do it, they really like the show, they watch it sometimes, but when they met the Oso character, they came home and watched it for two days straight. It was like they cuddled the Oso character, and now they could just live in it.

What drew you to the Oso role?

They just offered it to me and I did it. To me, Disney is amazing. What they do is amazing. For all the things people might be critical of about them, they’ve entertained and in part, educated our entire country, our childhood for a couple of generations.

So, for that company to call and say, ‘We’re doing this character and we think you should be the lead,’ I was like, ‘Yep, tell me where to show up.’

What was it like to play an animated character?

The three things I’m most known for, The Goonies, Rudy and Lord of the Rings all involve Oso-like characters if you think about it. Adeventuresome, they make mistakes, you have to have a lot of heart and determination. Oso has good values. I feel like it’s a hero character who’s bumbling a little bit and that feels comfortable to me.

Is the sky blue? Of course I do! My wife doesn’t like James Bond because he’s sexist or something, but I’m like, ‘No honey, it’s part of his charm.’

I think Daniel Craig is the best one yet.

But [Daniel Craig] looks so tough. He looks so much tougher than all of them. Put him in a cage with any of the other James Bonds and he would kill them. Simmering, brooding, biting tough dude. Love him! And they also try to go back to the books with him and make him a little edgier instead of just debonair and I like that.

I think Oso has some of that debonair thing going.

He’s got panache. He falls into a box of ping pong balls and his butt is sticking up in the air and he sits up and goes, ‘Hey it’s all part of the plan, more or less.’ You gotta love that. It’s such a good thing to model for kids. You try to butter a thing and the peanut butter falls on the floor and it’s like, ‘Hey, well, we’ll do it next time.’

Exactly. Trying to get better all the time, but keep going.

What interests you about entertaining young people?

It’s just right. On its own, when you’re interacting with children it’s beautiful. Role playing is great. It’s a little bit out of the ordinary, but you kind of get it.

It always amazes me that adults go through their adult life having a sense of humor just doing what they’re doing, but in a split second when they’re around a kid, they can click into whimsy. All of a sudden, they can be a pirate or be a queen and take a sock and put their hand in the sock and be Captain Hook. And you realize, when we entertain each other, we’re interacting with each other.

Kids are so direct and specific about it. We have different writers on the show, and we’ll get to a line of dialogue, and everyone at the exact same time will stop and say, ‘Uh oh, that’s not Oso. Or that’s not Paw Pilot.’ And you kind of know what you’re doing. You have in your mind the child audience that’s sitting in front of the television watching it, and it’s satisfying.

They say, why climb Everest? Because it’s there. Why do this? Because it’s here. It feels appropriate. You have a lot of people working really hard and I’m really connected to the fact that everyone’s doing it together. In this instance, there are a lot of people working to make Oso special. I think that’s so positive and upbeat and I love the pedagogy. I love the way they do the teaching. The way kids start out not knowing how to use chopsticks. And then Oso says, ‘That’s ok, let’s try it,’ and he does it wrong and then the kid says, ‘No Oso. This way.’ And the kid goes from being someone who was too afraid to start something to the one who’s teaching it. This is good modeling.

There is something to be said for clear deliberate instruction. It’s embedded in the entertainment, but you know – it’s three steps.

When my littlest kid was watching the episode about how to build a puzzle, we’d built a million puzzles, but she never does what you say. We’re like, ‘Find the edges, find the corners,’ and the whole time she’s chewing on it, she can’t quite figure it out. So she watches the Oso show, and no joke: Step 1: find the flat edges; Step 2: find the corners; Step 3: fill in the middle. She turns the show off, she gets up, and she knows right where it is in the cupboard. She pulls it out, sets down the box, opens it up and finds all of the flat parts and sets them aside from the others. And I’m looking at her and looking at the television and I’d tried a thousand times to get her to do that, so I don’t know if the penny dropped and she finally gets it, or if it’s the colorful, musical, high-toned characters and squeaky voices talking to her. It’s all basic, household stuff, like making your bed. I think that’s pretty cool. We want to be responsive to what’s’ going on. It’s a win-win for everyone.

How do you become one with the panda when you’re recording?

I say his catch phrase. It’s in a higher register, so you actually have to compress your diaphragm. So you kind of have to suck in your stomach muscles and sometimes it’s not easy to do, and he sounds the same every single time. That’s my hook.

Do your kids think you look like Oso at all?

Yes, in the cuddly sense. I think I physically do look like him though. I’m a little taller, but I have a belly now. And my face is like his.

I’m an awesome dad! I’ll tell anyone. I might not let them talk to my kids to get a second opinion though.

I love my kids, but the best way to be a great dad is to have a great mom. The kids always go to school prepared and feeling confident about what’s in front of them. They come home, their homework is always an experience that’s rewarding for them. She knows just the level to help them so it’s not too hard and to let them do it themselves so they get good at it. The amount of work she puts into being a good mom makes being a good dad easy.

Convonista says: Sean and I had a fantastically animated and involved conversation in early July right around my birthday. This interview was originally released a few days later.

Brought to you by Lincoln Park Zoo
Read more
Outdoors