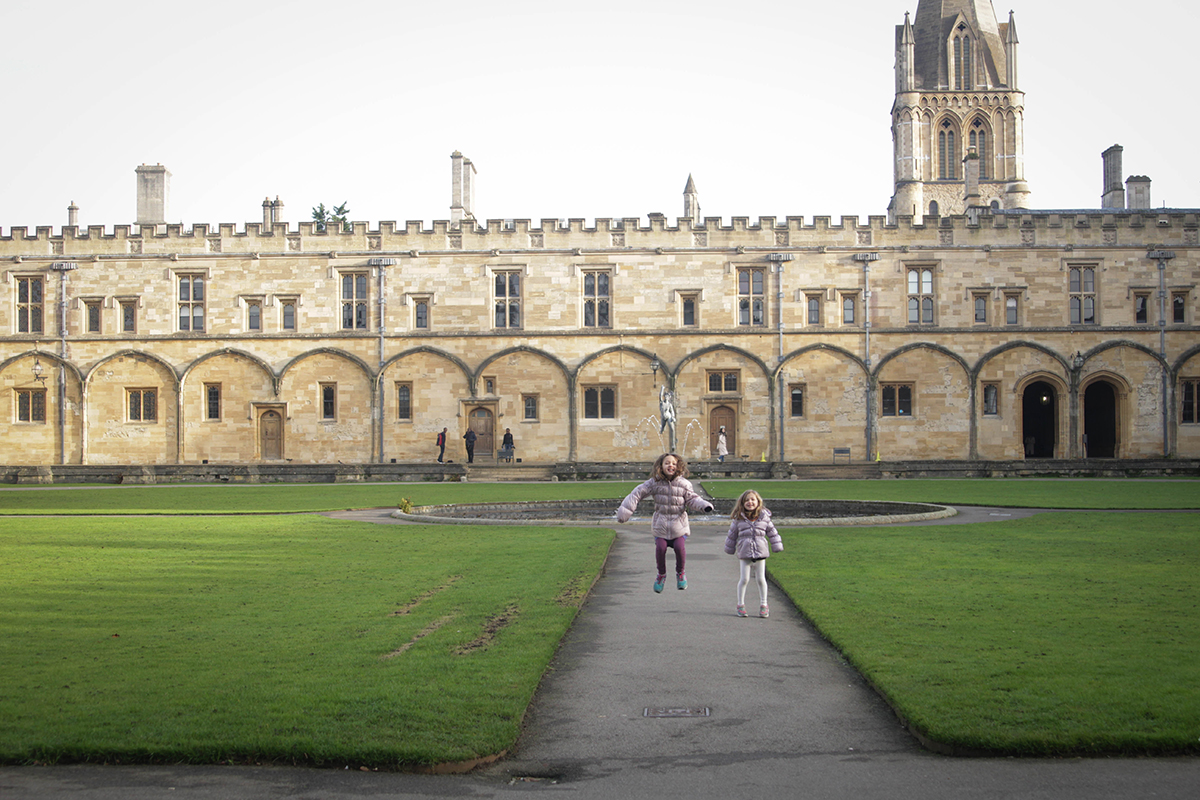 If you have a true Harry Potter fan in your family—Muggle or otherwise—then take the trip across the pond to England, where you can walk through the real Diagon Alley and stand a foot away from Harry Potter’s hair (yes, he needed a little help in that department).

England is filled with Harry Potter magic, and it’s also a super-easy trip with kids, making it a wonderful first vacation overseas. It’s only about eight hours from Chicago to London, and there are plenty of direct flights.

England makes fairytales come to life for kids, simply because it actually has a living queen, palaces you can visit and dungeons that really were used. For the adults, England has pubs on nearly every street, the most amazing tea and scones, and mild winters and summers, despite the clouds. The public transportation system is awesome, so you won’t need to rent a car, and the fact that everyone speaks English makes it incredibly easy for us Americans. It’s a fantastic vacation (or holiday, as the English say) for adults and children alike.

The most significant stop on a Harry Potter trip is to the Warner Bros. Studio Tour London, which is just outside London. It’s next door to where most of the Harry Potter scenes were filmed, and this studio holds nearly every costume, prop and set from the film. Best of all, the studio explains how the films were made and executed—and some areas are hands-on. You can actually walk through the Hogwarts Express train, peak into Harry Potter’s room under the staircase, make your way through Diagon Alley and learn about how they trained the animals that were used in the movies.

You can also sit on a broomstick just like Harry Potter did during his Quidditch games, with a green screen in the background—and you can buy a *very expensive* DVD of your child flying.

It’s easy to spend an entire day here, but our kids were done after about four hours (they’re 5 and 8).

Next, continue your Harry Potter experience with an overnight trip to Oxford, a city that houses what’s debatably the oldest and top university in the world (founded in 1546). It’s two hours outside of London and accessible by bus or train.

While some areas of the university are closed to the public (you can’t go inside most of the libraries), you should check out Christ Church College, which is not only beautiful, but was also the inspiration for Hogwarts’ Great Hall in Harry Potter world.

When you return to London, you can stand in a winding line at the King’s Cross train station to see (and take a picture at) Platform 9 ¾. Be prepared to wait for at least an hour, though.

Once you’ve had your Harry Potter fix, you’re ready to move on and see everything else in England.

In America, kids may have only read about royalty, but in England, they can actually see it. At the Tower of London, check out crowns that royalty wore hundreds of years ago and still wear today. And if your kids are brave enough, they can see where (and how) people were tortured in the Tower.

If you didn’t manage to score “Hamilton” tickets in Chicago, you may have better luck in London, where the show opens in November. Productions in London are just as big, if not bigger, as they are here, so make sure you get a few lined up before your trip. We took the kids to see a production of “Charlie and the Chocolate Factory,” and they delighted in the story, as well as the fact that they could eat candy floss (cotton candy) during it.

The best part of England? Everyone is incredibly polite and helpful. Our 8-year-old asked if the bad guys there chew with their mouth closed—and she even learned a few manners of her own. Brits are also very tolerant of children. When our 5-year-old failed to mind the gap on the Tube (translation: she dropped her beloved stuffed animal in the gap on her way off London’s train during rush hour), they actually stopped the entire Tube system and grabbed her toy for her.

England, we’ll be back.

Brought to you by ProBiora Health
Read more
Health