Why three Chicago moms opened their own schools 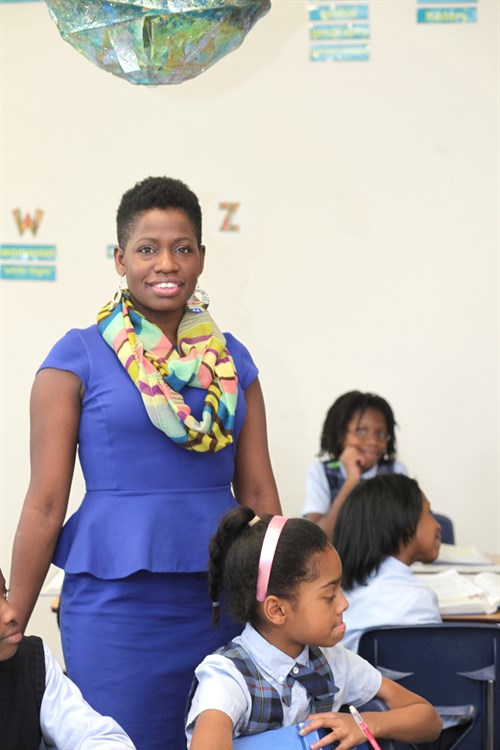 As parents, we all have those moments when we desperately want to change something about our children’s lives. It might be their friend group, their attitude or their school. Something isn’t sitting right with us and we know we need to find a better opportunity.

When three moms could not find a school they felt lived up to their expectations for their kids in Chicago, they took a leap of faith and started their own. They did it with the support of family and the partnership of their spouses, and in one case, the partnership of her mother.

Nakisha Hobbs attended a lot of elementary schools in Chicago as a child. While her mother—a 17-year-old single mom—attended college, they lived in some of the city’s low-income neighborhoods.

“I think I experienced first-hand the fact that schools are so different depending on income level and neighborhood,” Hobbs says.

This became most apparent after a move to a middle-class neighborhood in Omaha, Neb.

“Immediately I knew that my life was going to be different than children who I loved and who were growing up with my own family back in Chicago,” Hobbs says. “I had gone through life with blinders on, and those blinders were removed and the world opened up to me more fully” at that Nebraska school, she says.

Taking the blinders off for kids is what Hobbs works to do every day as principal of Village Leadership Academy, the K-8 social justice elementary school in Chicago’s South Loop that she co-founded with her mother and best friend from college.

It started 10 years ago with a preschool program on Chicago’s West Side, It Takes a Village, where they still introduce science, early literacy and regular field trips. The now three preschool programs and the Village Leadership Academy combined serve 700 students.

“Some of the things we do are rigorous hands-on academic curriculums focused on developing the whole child for a particular purpose,” she says about the academy. “And that purpose is to be a leader and to be an innovator.”

Many experiences led to Hobbs starting the school. For one, she wanted a preschool or day care for her young daughter that offered high-quality programs where kids could “explore and experience the world in different ways,” she says. She also realized she did not want to be a sociology professor after majoring in sociology and African American Studies at the University of Illinois at Chicago. She became interested in education while tutoring children who had repeated third grade.

“This desire within me to create an educational institution for children like me and for my very own children, I could not resist it,” she says. Hobbs also has her master’s in early childhood education from Roosevelt University.

Today, Village Leadership Academy buses in students. Half of its 500 students are from the Humboldt Park and Austin areas, the other half come from middle-income families.

The school participates in programs like the world scholars program where students study a country for an entire year, consider contemporary issues and then travel to that country to experience life there. Students have traveled to Brazil, Mexico and the Dominican Republic.

For as much forward momentum as this school has had, it hasn’t all been easy.

“I guess the biggest challenge is financial,” Hobbs says. “Eighty percent of students in school can’t afford to pay tuition.”

Hobbs, who lives in North Lawndale with her husband and four children, ages 12, 8, 6 and 2, looks to her kids to help develop the academy. One day Hobbs’s daughter told her, “Teachers keep telling us we can change the world, but they don’t tell us how.” That got Hobbs thinking, why can’t kids change things right now through local campaigns and grassroots campaigns?

Since then, Hobbs has had a first-grader lobby for more money for homelessness while fifth-graders have addressed domestic violence and the need for more playground space in the city.

“Our children’s passion about making a difference in the world, I think that has been totally mind blowing,” Hobbs says.

Fosca White and her husband Bill live just six blocks from Montessori Academy of Chicago, the school they founded in 2006 in the West Loop. But years ago, their professional lives were a world apart from careers in education.

In New York City, White had what she calls a “cushy” first law job as the deputy corporate counsel for the boutique hotel chain Club Quarters after graduating from New York University and NYU School of Law. Bill was an investment banker.

“We were living the high life in New York City,” she says.

After moving to Denver, the couple, who attended Montessori as children themselves, enrolled their son in a Montessori school they came to love while continuing their careers. It wasn’t until the couple moved to Chicago in 2004 and enrolled their oldest in day care that they considered starting a full-day early childhood Montessori school of their own.

White says they really started to see a difference in their son as he attended day care. Every element of “grace and courtesy” their son had picked up in Montessori in Colorado started to fade away, she says. Their second son arrived, and the couple felt both boys, now ages 12 and 9, really needed Montessori’s educational foundation, she says.

They could not find a full-day early childhood Montessori school in Chicago, so they created one that built both a strong community and a strong academic program.

“For us it really wasn’t about creating a school as much as it was fulfilling a need,” White says.

They incorporated in March 2006. The school started with just three students that August in the Whites’ condo on Lakeshore Drive. By February 2007, they opened their school in the West Loop to 75 students. The school now offers infant classes through eighth grade for about 300 students.

But their journey was not without a few hurdles. “We decided we wanted to try to open a zero to 6 center that would meet the needs of the child first and the needs of the parents first,” she says. But “could you meet the really stringent regulations of DCFS and have a really highly education program?”

White thinks they have. The school is dedicated to “the authentic Montessori model and vision to be true to what Maria Montessori was looking for—the intuitive love of learning that gets sparked within children,” White says.

They work to get infants to feel safe and trusting, to get toddlers on their way to independence and to engage older children who are involved in decisions like naming their classrooms after sun systems.

White says she feels they are meeting their goals—and that of the students.

“You are looking at them and you really start to see where they are going,” White says. “It’s just an incredible vision. And to see it taking shape has been amazing. I mean, beyond amazing.”

Years ago when friends started debating where to send their kids to school, Linda and Phillip Jackson got talking about their hopes for their own young son’s education.

“So many, many evenings of discussion turned into, ‘Wouldn’t this be really, really amazing if we could make the ideal happen?’” Linda Jackson says.

The couple opened the school of their dreams in 2005; Chicago Grammar School is a classical liberal arts elementary school for students preschool through eighth grade at 900 N. Franklin.

Phillip, who had prior experience in education, pulled inspiration from his career in the “learning disabilities world” where there are no one-size-fits-all approaches to education. Chicago Grammar works to optimize learning for each student in a similar way, she says.

Another main goal: “Fundamentally when you cut through everything, our programs teach kids to think,” Jackson says. “It’s not rote memorizations; it’s not learn for a test. It’s a constant interaction that happens to get answers back that are not always necessarily obvious.”

In the beginning, Jackson was still practicing law. She graduated from Loyola University of Chicago in math and computer science and graduated law school from the University of Notre Dame. Phillip took off a year to put things for the school together and work through the ups and downs of securing a space—their biggest struggle early on.

Once the school did open, “I was just going to come in once in a while” to care for the business side of things, she says. But she quickly left her law career behind to become assistant director. 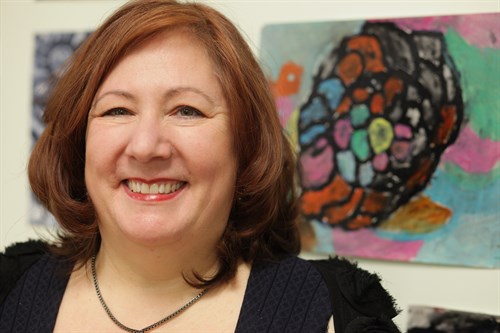 Her role has evolved over the years, from popping in and still doing law to kind of “being the face” of the school.

“Not having run our own business before, we realized it is critical who answers the phone,” she says.

Of those original families, Jackson says, “They entrusted their child to us based on what we said, and you know, it has all worked out so well. I am really very appreciative of them, because without those risk takers, no new business ever gets going.”

Jackson has worn a lot of hats at Chicago Grammar. One of her pride and joys? Putting together the school library, which is “a very selective library that ties to the curriculum” full of classical and ancient texts. “It’s been challenging and very rewarding to find the right book,” she says, such as a Romulus and Remus reader that went out of print years ago.

Friends have asked, “Do you miss practicing law?” Sure, she says she misses the international travel that was part of her job. But growing something from a seed and taking on new roles as it has flourished is a pretty amazing journey all on its own.

Celebrating its 10-year anniversary this year, Chicago Grammar has grown from 10 students to nearly 100.

“Now people are saying, ‘I’ve heard of you guys,’” says Jackson, “And that is very, very exciting.”

Easy Ornaments Your Kids Can Make