How to help ease back-to-school jitters 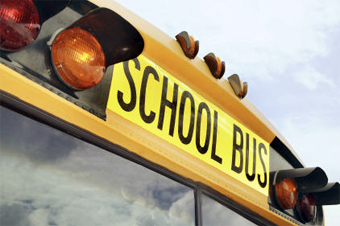 Starting a new school year can be like starting a new job or moving departments in the same company. New boss, new expectations, different work load. You may know some of your co-workers, but you might end up with the annoying one sitting at the desk next to you.

So it’s understandable that most kids feel the jitters about starting a new school year. But sometimes the jitters turn into the shakes and before you know it, your child is worked into a worrying frenzy.

Don’t let that happen. We’ve got some tips for getting ready for school mentally.

1. Start early. Allow your kids a little time to switch gears. Dr. Jeff Brown, a Harvard psychologist and author of The Winners Brain, recommends re-establishing a routine about two weeks ahead of time.

“We have a tendency in the summer to stay up later and snack more frequently, rather than taking in full meals,” he says.

Ramp up the bedtime and wake the kids up in the morning. Get meals back in check and make sure they’re getting plenty of healthy food, including proteins, fruits, vegetables and whole grains.

“Getting back to a schedule makes it easier to monitor what your child is experiencing. You might not notice anything going on, but once you’re back in a routine and something is off, you notice,” Brown says.

2. Walk the walk. Get into the new routine. Practice walking to school or the bus stop. Point out interesting things along the way so that it’s not so unfamiliar. Go play at the playground. Take advantage of any back-to-school activities such as an orientation.

Once you know who is in their class, have some play dates or meet at a park so your child knows some familiar, friendly faces. Some schools are willing to help parents organize summer play dates, particularly in kindergarten, so kids can get to know classmates before the first day.

“Talk about what the first day of school will be like. Share appropriate books that touch on the subject-the more a child knows about what he or she should expect, the less anxiety about a new situation,” she says.

3. Listen carefully. Sometimes it’s more than just a mild case of nerves. If your child is having trouble sleeping or is experiencing panic attacks, crying jags or stomach aches, something deeper may be bothering them. Find a quiet moment and really listen to what they’re saying.

“We think like adults, but sometimes we need to think like a child,” says Dr. John Mayer, a child and family psychologist in Chicago. “Try to look at the jitters and nerves through their eyes. Is it the school work or is it recess?”

Before offering reassurance, make sure you understand the problem. We may assume that they’re worried about math when really they’re scared about where to sit at lunch. Oftentimes kids fixate on a small aspect of school we might overlook.

Brown agrees. “Find out if there is some unresolved issue from last year.”

McCabe also recommends parents spend extra time with their children during the first week of school, especially after school.

4. Play the part yourself. Above all, Mayer urges parents to appear confident even if that’s not how we’re feeling.

“Parents need to play the role of staying calm, being organized and not getting hysterical at the last minute about the start of school,” he says. “Parental attitude is absolutely vital and huge in terms of calming a kid’s jitters. I would say that nothing is better than the parent’s attitude and approach.”

So before you shrill a hundred times in a false, bravado tone “Are you excited about school!?!” play it cool instead. Trying to muster fake enthusiasm often illuminates your own fears and insecurities. As parents we bring our own baggage to our children’s situations, remembering our troubles making friends, keeping up with class work or handling lunchtime seating arrangements.

“Sometimes so much of parenting is just an act,” says Mayer. “We just have to muster the best stakes and do things that may go a little against our personality or our grain.”

McCabe couldn’t agree more. “Remember, the nerves will almost always dissipate once a child acclimates to the new school year. Love, reassurance, modeling a positive attitude and believing that ‘this too shall pass’ works well for all involved.”

5. A bouquet of sharpened pencils. Finally, don’t discount the tried and true routine: back-to-school shopping. It doesn’t have to be extravagant, but there is something anticipatory about having a fun, new backpack packed with freshly sharpened pencils and smooth notebooks.

Buy them a new outfit and then don’t let them wear it before school starts so it doesn’t lose its appeal and specialness.

“We know it’s not all about appearance,” says Brown. “But for some kids, sometimes it is.”

Make some fun holiday memories with your family by cutting down your own Christmas tree this year.
Read more
You