Laughing when the life lesson teaches itself 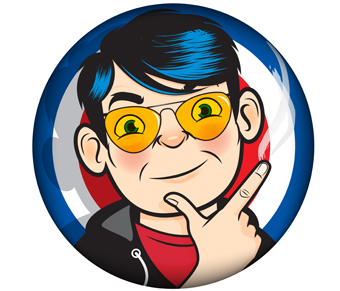 I don’t own a gun. Never have. Not because of political or personal views, but for the simple reason that I would most likely use it to shoot my own feet, an ineptitude I’ve passed on to my son.

We were visiting family in the red dirt state of my birth, Alabama, where sons are born with a gun in one hand and a football in the other. We arrived on my nephew’s birthday and he was getting a gun.

Not a real gun. He was buying an airsoft pistol-it shoots tiny beads that couldn’t hurt a fly. We loaded the van and went to the local fake arms dealer, where my son found himself standing before a wall of fake firearms.

“Can I have a gun? Everyone else has one.”

It seems stupid in retrospect, but something about the realization that without a fake gun my son would be fake-unarmed alarmed me. Plus, my wife wasn’t there. So I got two.

Back at the party, the adults were drinking sweet tea while the boys slaughtered each other. My son showed up.

“We think Connor should sit this one out.”

“He’s shooting us while we reload.”

I went in the basement. There was my son, eyes wild, a gun in both hands, shooting neon green plastic balls while my nephews hid behind a couch.

“I think it’s time to put the gun away.”

He waved a gun around like a drunken dictator.

He was cut off by a loud click and remained silent for a split second, as we both saw his index finger rapidly turn crimson. The scream filled the house.

This was a moment where a good dad, a Tom Hanks-in-the-role-of-dad dad, would soothe the boy and teach a life lesson.

You know where this is going, right? I fell out of my chair. I laughed so hard I almost choked. Was my son crying? Yes, he was. Was it my fault? Absolutely. Did any of that stop me from laughing? No. It. Did. Not.

Because that’s a life lesson as valuable as anything Tom Hanks could offer: sometimes, you’re an idiot. Being aware of one’s capability for stupidity is important.

When my son is a man and he fantasizes about buying a gun, he’ll look at his finger and remember he’s an idiot and go to a bookstore.

Brought to you by Star Cinema Grill
Read more
Contests