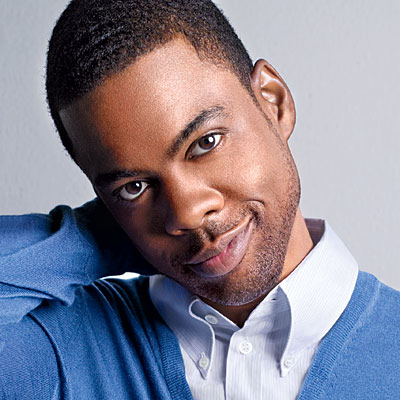 Chris Rock might not be the first actor who comes to mind when considering child-appropriate movies, but the loud, proud comedian, screenwriter, director and producer is hilariously witty, not to mention 100% rated G in his reprisal as Marty the zebra in Madagascar 2.

The doting father to two girls, Lola Simone and Zahra Savannah offered up his hilarious take on life, love and living it up day by day.

Was it easy for you to slip back into the role of Marty?

Well, you know, it took a while for me to dust off that zebra suit.

Yeah, it’s like you’re always in Marty. I have kids, so I go to a lot of birthday parties and junk. Everybody always wants a Marty impression. I’ve stayed in shape doing that the last few years.

And you got to work with Ben Stiller in the studio.

Yeah, I think we did once or twice where we got in there together and I think the movie’s funnier because of it.

Does playing off another actor help with your overall acting mojo?

It doesn’t hurt at all. Whenever you’re with another comedian you’re gonna get a little crazy. You’re just gonna get a little competitive. Hey, I’m not gonna let this guy show me up. Who the hell does he think he is? And you get in there and you try to show him up.

Do you voice all of the zebras in the movie?

Was it hard keeping track of which zebra was which?

Did you feel that you had to create a real character or back story for each one?

My kids watch that Hannah Montana. She’s big. Corey in the House big.

Oh, they loved the first movie. Kids love that movie.

Did they have any special requests for this movie or want you to play your character differently?

Do they ask you for impressions?

Is it hard to get into character when you can’t see the character in action?

No. I mean, I know what Marty looks like. And you also you try to come up with a voice that isn’t gonna kill you, you know? You don’t wanna put too much on it ’cause it’ll be too hard to duplicate later on.

You’re so good at making people laugh, but what makes you laugh?

What makes me laugh? Thank you for asking that. I don’t know. You know, I like a good South Park. They’re all pretty good. The second season of the Chapelle Show is pretty good.

Do your comedian friends make you laugh?

Do you think there’s any parenting advice hidden away in the movie?

Parenting advice. You know, let your kids be who they’re gonna be. Accept them for who they are. I haven’t seen the movie in a month. But that would be really good.

Have you had any stand-out moments in the past few months that have made you feel extra proud to be a father?

Every day I’m proud to be a dad. Every morning. Every evening. You know, I just live in the moment. My daughter’s off from camp this week. And when I get back, we’re gonna go to the car wash. And, you know, whatever. That’s the thing when you have kids. There’s no such thing as quality time when you’re a parent.

Your kids are still little – do they make you laugh as they learn and discover the world?

My kids are young – six and four – so we’re deep in it still. We’re laughing all the time.

Do you think your comedic routine or persona has changed since you’ve had kids?

A little bit. Not like mellowed out or anything. Just… I’m just older and I just have a little bit more to talk about.

Have your daughters expressed any interest in going into show business yet?

I don’t think so. I mean, they’re intrigued when they hear my voice in a movie. Sometimes I take them on tour with me and let them see me walk on stage. They can’t really see the act but they see me go out. Wow. It’s crazy. Look at all those people. You know, they do sound check and whatnot. But there’ll be no show business with my family.

What do you do to balance work and family?

I guess my wife handles more of the balancing than me. I got the kids, you gotta work. And you’re not just working to take care of them. You’re working to take care of them in the event something happens to you. So you know, being a dad, I mean, not only are you responsible for your wife and kids, if you die and they have to move four years later, you’re a bad father. You’re really responsible for these people. So, yeah, there’s no balance for me. I work, work, work. When I’m off work, I spend time with my family.

I know you didn’t have a chance to work with Bernie Mac directly while making the movie, but you two were friends outside of work. Do you have any favorite memories of him?

I got a ton of favorite movies of Bernie, man. Just hanging out. We filmed this movie, Head of State, a few years ago, and every day he was the life of the party. He was the funniest guy around. He made everyone around him feel welcomed and everybody felt like they kind of knew him. He was just a great guy to have around.

Is there anything you garnered from your friendship that you’ll carry with you?

He just really, really, really, really made me laugh. I just always respected Bernie ’cause he stuck to his guns. He didn’t change anything to become famous. He just became famous as Bernie Mac, as this guy who wears lavender suits and does his dirty jokes.

There are a lot of new characters in this movie. Which one is your favorite?

The Bernie Mac character, sadly. But when I saw it, it was like, ‘Aw, he’s perfect ’cause he’s a guy that gives it.’ He’s a pontificator anyway. He was always kind of giving advice anyway, you know? He was just like Paulie in Goodfellas.

What do you think about the unlikely love affair between Gloria and a giraffe?

Let’s hope it works out.

You get old enough, and hey, all love’s good. When you’re young, you dissect love. You get a little older. You’re like, ‘Whatever works.’ You’re a giraffe, you’re a hippo. Fine. Fine.

What else do you have on tap?

I have an HBO special airing September 27th called Kill the Messenger, filmed in three different countries. Filmed in Johannesburg, London, and the Apollo Theater. So it’s kind of like an exercise to show that people laugh at the same things all over the world. Then I have a movie coming out, a weird, Michael Moore-esque documentary on black hair that’s gonna premier at Sundance, and hopefully called Good Hair, where I cover this thing called the Bonner Brothers Hair Show. So half of it is like a Hoop Dreams of hair dressers. The other half is just black hair and weaves and relaxer. And I went to India, China, like, where all the fake hair is from. And it’s really funny. When you see this movie, your jaw’s gonna drop. What the hell?

What’s your favorite thing to do in New York when you’re visiting for a press conference or premiere?

Just ride my bike around the park really.

Have you been to the Central Park Zoo with your kids?

A thousand times. I gotta get a membership. I still don’t have one. So I end up waiting on this long line. And I’m, like, ‘Hey, I’m Marty, I should be getting right in here. I do a great impression.’

Do you see animals in a different way after playing one?

A little bit. I mean, I’ve been on safari a few times since this movie’s come out. That’s when you really look at animals different. Like, wow, I’m in the wild and really see animals. I recommend it for everyone. It’s a little expensive but pool your money. It’s amazing.

Convonista says: Talking with Chris Rock was an abosolute hoot, and much of the interview was spent laughing. This one was originally released in 2008.

Brought to you by British International School of Chicago, South Loop
Read more
At Home