Chicago Children’s Theatre has a winner in Mr. Chickee 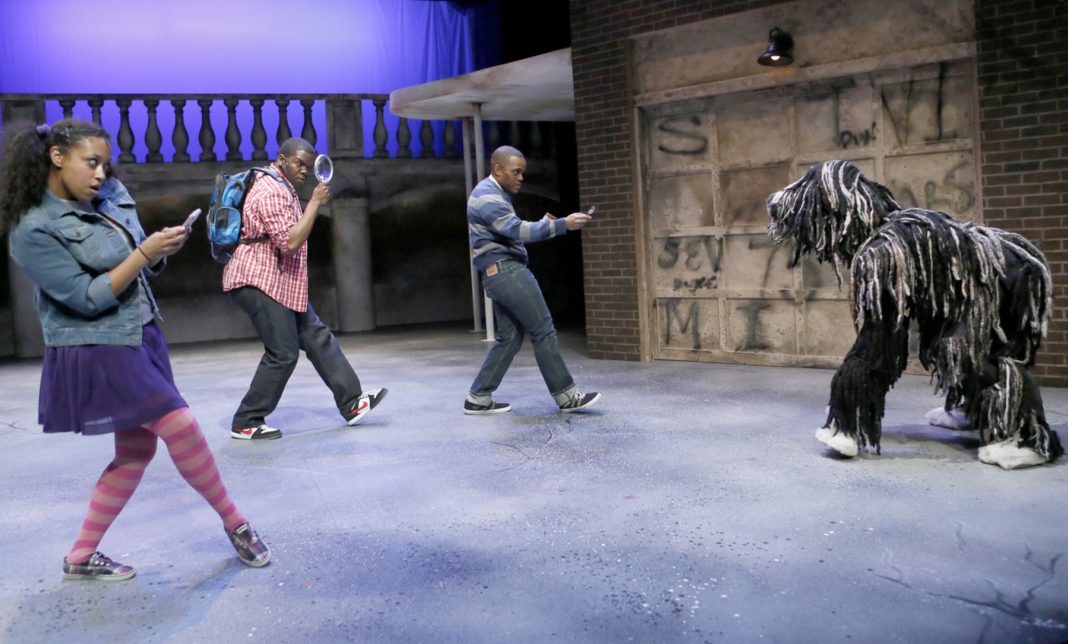 Chicago Children’s Theatre’s new R&B musical will have your toes tapping and your kids leaving with a lesson every parent can support: Believe in yourself and those around you.

The Feb. 14, 6:30 p.m. performance is autism-friendly. The
theater is reserved exclusively for families with children on the
autism spectrum. All seats are .

We admit we were skeptical about this show, “Mr. Chickee’s Funny Money,” when CCT first announced the world premiere. Still, we know Chicago Children’s Theatre can be counted on for quality children’s theater so we had to check it out for you, bringing a 9-year-old and an 11-year-old with us to help. “It was awesome,” 9-year-old Cate said after the cast’s final bow. We have to agree.

Here’s the premise: A blind Mr. Chickee, portrayed by Yaw Agyeman, entrusts the president of the Flint Future Detectives to uncover the secret of a dollar bill with more than a dozen zeroes and James Brown’s face. That’s just what he does, along with fellow detectives Richelle (Ashley Elizabeth Honore) and Russell (Travis Turner.) The detectives are joined by a marvelous giant dog named Zoopy (Sam Deutsch) that your kids will want to take home.

This is a high-energy show right from the start with plenty of funny moments for parents (you’ll recognize the Motown influence right away thanks to music created by Motown legend Lamont Dozier and his son Paris). Kids might recognize their own friendship squabbles in the one that creates tension between the detectives. They will definitely love the music and the mystery. The 75 minutes (no intermission) flew by, thanks to upbeat songs, energetic dancing and some of the crazier characters (Bear Bellinger as Steven’s OCD dad and Brian Grey as Agent Fondoo.)

Jonathan Butler-Duplessis, as Steven, is believable and extremely likeable as a 10-year-old. His personality and enthusiasm is infectious and he’ll pull your kids right into the plot. He also happens to be a wonderful singer. We got a chance to say hello to him after the show and he is genuinely as nice as he seems on stage.

When the detectives heal the rift in their friendship, they end up solving the case. “See what happens when you work together,” they were told. It’s such a great takeaway message for our kids.

What does the book’s author, Christopher Paul Curtis, think about the show? “I absolutely love it,” he said as he autographed his books for a new fan.

We know you will, too.

The show is suggested for ages 6 and up.

Brought to you by Chicago Parent advertising partners
Read more
You

If you want to join the fight to help end gun violence, start with these organizations.
Read more
You

How busy moms can really — and should — make time for themselves.
Read more
Sponsored Content