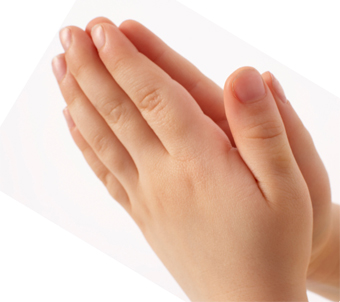 This month, Americans will celebrate two of the most family-oriented religious holidays of the year. On Easter, millions of parents will squeeze their little ones into suits and dresses for a day of church, big family meals and Easter Bunny photo ops. And a week earlier, Jewish families will gather around the seder table and sing their songs, ask their questions and pass on the story of Passover to another generation.

From the scriptures (“be fruitful and multiply”) to the rites (from baptism to bar mitzvahs) to the cultural add-ons (summer camps and pancake breakfasts), religions and the communities that grow up around them make a strong pitch for children.

Religion needs kids to fill the pews and join the clergy and serve as ambassadors in their communities. But do kids need religion? What are the benefits of finding faith as a family? And how does having children affect our own beliefs as parents?

Laura Doyle grew up on Chicago’s South Side and, like most of the neighborhood kids, she went to Catholic school. At Mother McCauley High School, she met her future husband, Pete, and when the couple married a few years later, they moved to Oak Forest to start their life together. They drifted from their religious upbringing, only going to church, she says, “when someone died and when someone got married.”

But when the couple found out they were expecting their first child in 1998, “everything changed,” Doyle says.

While Doyle had lost touch with her faith, she knew she wanted it for her children.

“As parents, we want to give our kids everything,” she says. “My question was, ‘How can I give them this, when I’ve lost it myself?'”

So the Doyles went back to church. They found a congregation they liked-Saint Damian’s in Oak Forest-and enrolled each of their kids in Sunday school when they were old enough. Laura became a catechist, teaching a weekly religion class, and while the Doyles still aren’t “every Sunday” Catholics, she says she feels comforted that she’s giving her children the moral guidance, structure and sense of community she remembers from her own childhood.

About 85 percent of Americans in their forties say they’re part of a religious group. But among 18- to 29-year-olds, that number is lower, around 70 percent, according to a 2007 survey from the Pew Forum on Religion& Public Life. That’s about 10 percent of Americans-or some 30 million people-who found their way to organized religion in their 30s. While no study has asked why, experts from across the religious spectrum say starting a family often is the spark people need.

“Having kids makes people really take stock of their lives,” says Rabbi Batsheva Appel, who heads the KAM Isaiah Israel congregation in Hyde Park. “They start looking at all the pieces, and for some, they decide that it’s a good time to reconnect.”

A lot of things change when a baby is on the way, and along with the overwhelming joy and excitement often comes a sense of panic.

Pastor Shawn Nettleson calls it the “uh-oh moment,” and he sees it at the Christ Lutheran Church in Orland Park where he serves as associate pastor.

“All of a sudden, you’re responsible for raising this child to be a good person,” he says. “For some people, that can be a tall order. But they’re not alone. We like to say we’re walking with them in faith.”

Good parenting uses a deep toolbox, and for some parents, religion can be a powerful tool for cultivating morality, good judgment and citizenship values in kids, Nettleson says.

“The stories of the scripture make the lessons easier for kids to understand,” he says. For example, you don’t need the story of the Good Samaritan to teach children about helping others, “but as a learning tool, it helps make it real.”

It depends. A 2008 study of 16,000 kids found that those whose parents took them to services and talked about religion at home had better self-control, social skills and approaches to learning than those whose parents didn’t. But if religion was a source of tension at home-say, if mom and dad fought about faith-kids suffered.

“If parents don’t feel the traditions speak to them, it’s a mistake to try to impose them on children,” says Sandra Sullivan-Dunbar, an assistant professor of theology at Loyola University in Chicago.

But for those families for whom the tradition is important, she says, organized religion can add richness to the family’s schedule.

“The ritual of worship, whether it’s a Sunday sermon or a Shabbat service, can be a gathering moment for families, and can help provide some structure for the world they’re growing up in,” says the mother of two.

Parents also can get a boost. Religious congregations are as much about community as creed. They have events, can connect families to support services and can help with everything from summer camps to babysitting co-ops.

In addition, Sullivan-Dunbar notes, kids can ask some deep questions: Why are we here? What happens when we die?

“As we grow older, we tend not to ask questions like that,” Sullivan-Dunbar says. “Children can push adults to explore their own faith more deeply, and I’ve known a lot of people who’ve been grateful to their kids for prompting them to be more active spiritually.”